Forefather of the Singularity: The Omega Point

The Science Fiction myth of The Singularity (as best described by Vernor Vinge) has its non-mathematical intellectual origins in the older, pre-AI concept of Pierre Tielhard de Chardin known as The Omega Point.

The Omega Point concept portrays a universe that is simultaneously Progressive and doomed because of it: that mankind (and all matter, really) is evolving to a point of supreme complexity, by which all things will merge to a supreme collective consciousness.

The Omega Point is inevitable and written in the stars: in fact, its fate was sealed before the Big Bang, and is destined to result in the ideal, highest possible state of evolution at some point in the future. An unwritten assumption of Omega Point thinking is that man is physically, technologically, ethically and intellectually in a state of constant upward improvement.

2001: A Space Odyssey portrays an Omega Point concept: that of mankind being dependent on alien technology to accelerate the evolution of human beings to a higher, less warlike state. Childhood’s End is the classic model of a fully-realized Omega Point novel. Isaac Asimov takes an even more holistic approach in his very short story, The Last Question.

It isn’t a long read: if you’ve got a minute, go there. Now, it may be easy to confuse this story with a Singularity story, but note that the fundamental changes in human life due to technology are incidental to the story – in fact, the powerful technology at the beginning of the story is the same by the end: it has not elevated to merge with human nature in any overt way. The robots and other life forms exist only to demonstrate an incredibly long passage of time, not the miraculous evolution of man and technology due to the Singularity.

Omega Point stories are a bit more durable than Singularity stories in general, precisely because such stories do not have to demonstrate predictive technology. As long as the assumption of the spiral (pictured) is accepted, the odd wrong technological guess won’t alter the structure. In other words, an Omega Point story that relies on a room-sized supercomputer to do relatively simple calculations may seem dated, but a Singularity story that relies on mankind being augmented and in some way non-human due to the advent of the black and white television or an emergency pager will be nearly unreadable, except for a few good laughs.

In The Two Faces of Tomorrow James P. Hogan successfully avoided certain predictions that could have rendered his novel pointless within a few years. In fact, the thing is nearly 40, and its take on the Singularity still holds up without a chuckle. Jo Walton once made an interesting argument (against the Singularity as an overriding restriction on hard science fiction and marking it as the “turd in the punchbowl” of the genre) that to me, suggests that–at least in part–the decline of hard science fiction since the mid-90s or so may be the result of a dearth of new science fiction authors equipped to address the Singularity scientifically.

Singularity stories extend the Omega Point concept: they suggest that the addition of technology will fundamentally alter what it means to be human, and this notion necessarily is based on humanity being a fully convergent property. After all, if there is a segment of humanity that does not follow the spiral toward the Omega Point, then there remains a type of humanity untouched by the Singularity, which wouldn’t be very singular at all. 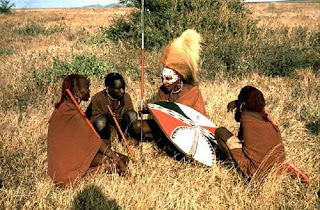 Both types of stories are based on a naive warrant: that everything really is coming together, and if it is, humanity–as a spiritual state–will merge into this entirely material unity. The most interesting characters in Asimov’s short are the two modern drunk scientists shooting the bull. As humanity approaches the near godhood through material evolution, it not only becomes non-human, but also neutered and wholly uninspired. Notice that the robots and evolved life forms are rational in their queries, not drinking buddies. Being completely dull, apparently, is a preferred genetic trait.

No one resists the Multivac or its descendants? No one thinks independently of the enormous, world-saving device? For goodness sakes, compliant, travel-addicted Americans at least gripe about the NSA.

Walton may have a point that while it may be scientifically valid, it makes for too narrow of a playground in fiction. I disagree: I simply don’t trust the settled science. I think it is more likely that skepticism of The Omega Point (and therefore the Singularity) is the valid reason why so many Singularity stories don’t hold scientifically dramatic attention the way that other, less prescribed story types do. After all, a story or two based on the concept that phrenology reflects a world’s concepts of identity and personality in a scientifically valid way would be interesting, but spec-phrenology as an entire subgenre? That might be too far. (Then again, I find the entire genre of steampunk to be generally spread far too thin across far too many books to be a valid science fiction genre, and prefer it as a subset of alternate history.)

The problem for me as a reader is that for me to buy into the concept of Omega Point fiction, I simply lack sufficient faith.