Fantasy (Aeon): Tolkien articulated his anxieties about the cultural changes sweeping across Britain in terms of ‘American sanitation, morale-pep, feminism, and mass-production’, calling ‘this Americo-cosmopolitanism very terrifying’ and suggesting in a 1943 letter to his son Christopher that, if this was to be the outcome of an Allied Second World War win, he wasn’t sure that victory would be better for the ‘mind and spirit’ – and for England – than a loss to Nazi forces.

Cinema (Arkhaven Comics): The Mandalorian is never going to be anything 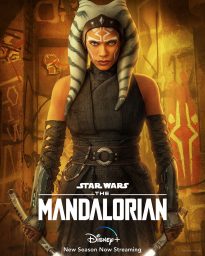 better than an acceptable mediocrity. That is pretty obvious at this point. Episode one of the first season was promising.  The brief exchange between Mando and Grief Cargill over the form of his payment did more world building in five minutes than the entire last trilogy did in six and a half hours.

Obituary (Locus Magazine): SF writer and editor Ben Bova, 88, died November 29, 2020 after contracting COVID-19, developing pneumonia, and suffering a stroke. Bova was known both for his hard SF fiction and for editing major genre magazines Analog and Omni. In all, he produced more than 120 books. Bova began his career in SF as a novelist with YA The Star Conquerors (1959), first in the Watchmen series, which also includes Star Watchman (1964) and The Dueling Machine (with Myron R Lewis, serialized 1963 and expanded in 1969).

Review (Locus Magazine): Ben Bova turns 88 in November of 2020. He also just published a new novel, Uranus, a few months ago. Two statements of this general import are not usually compatible. Writers who continue to maintain their productivity—and personal standards of quality—so late in life form a small elite. In our field, we note such towering figures as Jack Vance and Jack Williamson and Clifford Simak; Carol Emshwiller and Kit Reed. The sources of such fountain-of-youth durability are mysterious and different from one writer to another. Let’s just be grateful that such specimens exist.

Cinema (Grognardia): By now, most of you will have heard that the news 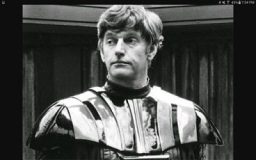 that English bodybuilder, weightlifter, and actor, David Prowse, best known for physically portraying Darth Vader in the original Star Wars trilogy, has died at the age of 85. I don’t believe it’s an exaggeration to say that Darth Vader is one of the greatest fictional characters ever created, as instantly recognizable across the world as Superman or Mickey Mouse. While none can –or would – deny the importance of James Earl Jones’s vocal performance to cementing Vader in the popular imagination, Prowse’s contribution is often sadly overlooked.

Anime (Kairos): Mamoru Oshii, the venerable director of animated film classics Ghost in the Shell and Patlabor, explains why the feature-length 2D animated film is becoming a dying art.

“Making anime is also the world of the artisan,” Oshii explained. “I’m the kind who wants do my own part 120 per cent with perfection, but because if I’m allowed to do that, the whole work will head towards ruin, so I think 90 per cent is OK.” Meaning? Oshii pushes himself hard to make the best work he can within whatever constraints there are. 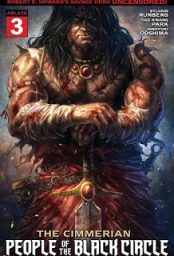 unrestrained, violent, and sexual. Read the story as he intended! Conan must battle the Black Seers of Mount Yimsha in order to save the captive Princess Yasmina. But the seers and their master are powerful wizards with dark, destructive magic at their disposal. It will take every trick in the book, and maybe a little luck, for the Cimmerian to succeed…

Writers (DMR Books): That said, he’d already made his mark in weird fiction with his  “Carcosa” publishing house, which Karl co-founded with David Drake.* It was devoted to getting the works of E. Hoffmann Price and–especially–Manly Wade Wellman into hardcovers. Carcosa won a World Fantasy award in 1976 in honor of its quality work. Wagner and Drake 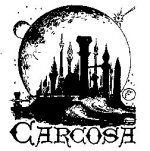 would remain close friends with Wellman for the rest of his life.

Gaming (Walker’s Retreat): My Life As A Gamer: Shadowlands- Should You Play It? Question: Is it worth your time and money to play World of Warcraft: Shadowlands? Short Answer: Not yet. Longer Answer: If you don’t mind Games As Service mechanisms with aggressive timegating and a player community that is very tryhard, you’ll be fine. If you’re very casual and don’t care about the endgame, you’re fine. If you’re anywhere between these two ends, you’re better off doing something else and taking that money with you. Let me break this down.

Rings covers for Ballantine. Those were the first versions of Tolkien’s books I read. They were my dad’s and they eventually fell apart. When I bought a new set, they had covers featuring paintings by Tolkien. As much as I love Remington’s on-the-nose sixties art, I prefer Tokien’s. I love his art nouveau-influenced style and the rare chance to see an author’s actual vision put to paper. I’m still looking for good shots of more of his art to post, but these four covers will do in the meantime.

Writers (Goodman Games): We begin with a name that might not be 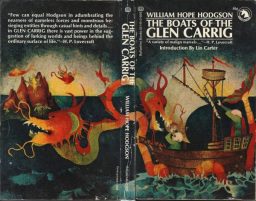 familiar to all weird fiction fans, but was certainly known by Gary Gygax—William Hope Hodgson. Hodgson was critically praised during his lifetime, but his works fell out of the public eye in the years following his death. Even today, Hodgson remains a peripheral figure to genre fans with few being familiar with his work.

RPG (Grognardia): Titled A Wicked Secret and Other Mysteries, the 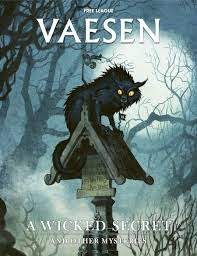 anthology is a sturdy hardcover, whose 104 parchment-like pages are filled with full-color illustrations by Johan Egerkrans and Anton Vitus. Taken purely as an artifact, it’s a beautiful book that feels good to hold and to peruse – much like the Vaesen rulebook itself. This should come as no surprise to anyone familiar with Free League’s RPG books, whose physical quality is unmatched by those of almost any other game publisher right now. 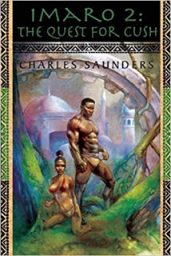 Sacred Warrior: Imaro may be the primary hero, but Saunders gifted him a fellowship with two others. First in the party was his love-interest, Tanisha, who grants companionship (she was rescued in Book#1, Chapter 3: Slaves Of The Giant Kings, a story reimagined & replaced with “The Afua” in Nightshade’s edition). Secondly, is the pygmy sage called Pomphis, who is introduced either in DAW’s Imaro Book #1, chapter 5: The City of Madness, or in the introduction of the Nightshade 2006 edition (the same story of “City of Madness” renamed “Mji Ya Wzimu”). Depending on which edition of Imaro #1 and #2 you read, you may miss a key transition. Why move of the “City of Madness”?

Fiction (Adventures Fantastic): There’s been a resurgence of interest in weird westerns in recent years. I think cross-genre pollination is a good thing, and I’m in favor of this interest.  That’s why I quickly said yes to reviewing an ARC of Reach for the Sky, a new anthology from Rogue Blades Entertainment.

Review (Ty Johnston): Notes: For those who don’t know, this is a 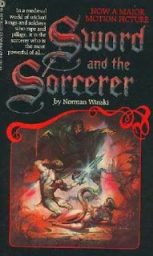 novelization for a Sword & Sorcery movie from the early ’80s. It’s not a great movie, but it is fun to watch. To be honest, I’m not expecting much from this book as the author is practically unknown, me being unable to find out hardly anything about him which leads me to think he probably doesn’t exist but was a house name used several writers. Or maybe not. Either way, I’m willing to give this one a try.

Art (DMR Books): Jane Porter wrote one of the very first modern historical novels, The Scottish Chiefs, in 1809. In 1921, Charles Scribner’s Sons reissued an edited version of Porter’s novel. They gave it the deluxe 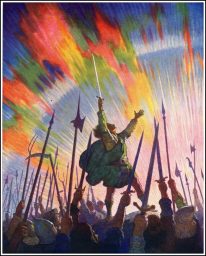 treatment , with a stunning dustjacket, endpapers and interior illustrations by the legendary N.C. Wyeth.

Cinema (The Bulwark): The protagonist of Robin Hardy and Anthony Shaffer’s 1973 horror classic The Wicker Man, a Scottish police sergeant named Neil Howie, is a devout Christian. Early in the film, we see him attending church, taking Communion. At work, his subordinates mock him behind his back for his humorlessness, his strictness. Howie is so devout, in fact, that even in the early 1970s, when a more uninhibited United Kingdom should have been in full swing, he has chosen to remain a virgin until marriage. Even at his age—about 40; Edward Woodward, the actor who expertly plays Howie, was 43 when the film came out—he is, outwardly at least, content with this arrangement, despite the temptation all around.

Games (Tenkars Tavern): I’ve mentioned that my favorite game was 4th Edition HackMaster, which is definitely a crunchy game and arguably the very 1st OSR retro-clone. I especially liked how the game had a big fan base that allowed for an organized play group where you could bring your home character to a convention and play an adventure with said character with a new group/new table. Of course there has to be all sorts of rules and conditions to make this possible and fair to the whole group of players.

Comic Books (Oh Danny Boy): On April 17 1991, Peter Mitris, comic store retailer, comic book collector and dealer, and drug importer, armed robber, and drug dealer, vanished into thin air. Despite an extensive search, he was never seen again. The great Jack Kirby once famously said to a fan, “Comics books will break your heart.” If he had said that comic books would eventually kill you, he’d still have been right. In the case of Peter Mitris, it wasn’t the comic books that killed him though, it was a combination of brass knuckles and the ocean.

Comic Books (Crap Box of Cthulhu): Scattered throughout time there are comics that adapted Lovecraft stories, like wrapped treats waiting to be found. Part of my Halloween Crapbox “trick or treat” has been unwrapping these little candies to find out if they are good or ill. Maybe the adaption will feature off-putting art or attempt to say things story-wise that Lovecraft didn’t. I’m happy to report that this Marvel story gets it right and features decent backups as well. 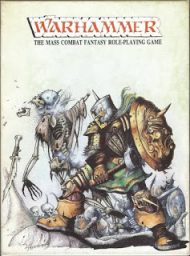 Interview (Grognardia): Last month, I presented Part I of my interview of Rick Priestley, co-creator of Warhammer Fantasy Battle and originator of Warhammer 40,000. What follows is the second and final part of this interview, in which Mr Priestley once again provides lengthy and insightful answers that illuminate the early days of Games Workshop and the games he created and developed while he worked there.

Conventions (Pulpfest): While we don’t have a PulpFest this year, we still 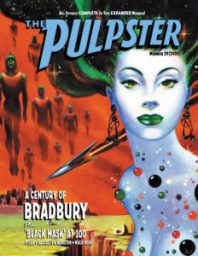 have an issue of The Pulpster, now up to #29. And it’s a much bigger issue with 84 pages rather than 48 pages. Two major themes for this year: the 100th anniversary of the birth of Ray Bradbury, and the 100th anniversary of the debut of Black Mask. For Bradbury, we actually get two sections. For the first, we have a trio of pieces by Garyn G. Roberts.

RPG (Raven God Games): In all of Sword & Sorcery fiction, one character stands out above all others and it only seems fitting to start with … the Barbarian! The Barbarian’s prominence and popularity stems from the creations of Robert E. Howard…Conan, Kull, and others… as well as Lieber’s Fafhrd and from the numerous pastiche characters based on them. Barbarians appeared early in the history of RPGs, as early as 1982, when Gary Gygax penned the Barbarian as a fighter sub-class in Dragon Magazine, but from those early origins, the class has evolved (within Dungeons and Dragons) from a wilderness warrior who detests magic to a raging damage dealer who might employ magical effects.