Castalia House is a Swiss-based publisher that has a great appreciation for the golden age of science fiction and fantasy literature. The books that we publish honor the traditions and intellectual authenticity exemplified by writers such as J.R.R. Tolkien, C.S. Lewis, Robert E. Howard, G.K. Chesterton, and Hermann Hesse. We are consciously providing an alternative to readers who increasingly feel alienated from the nihilistic, dogmatic science fiction and fantasy being published today. We seek nothing less than a Campbellian revolution in genre literature.

Our current selection of fantasy books consists of Vox Day’s Selenoth novels, including works such as A Throne of Bones and Summa Elvetica: A Casuistry of the Elvish Controversy as well as John C. Wright’s magical One Bright Star to Guide Them. In our science fiction category, you will find works from John C. Wright, Tom Kratman, and Rolf Nelson as well as the QUANTUM MORTIS  series by Steve Rzasa and Vox Day. In the military department, we feature William S. Lind as well as contributors to the anthology series, James F. Dunnigan, Dr. James Perry, Dr. Jerry Pournelle, Ken Burnside, and Harry Kitchener. 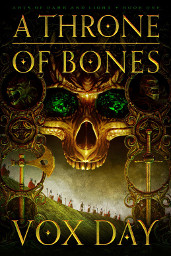 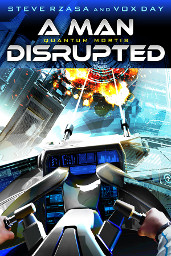 Our books can be purchased at Amazon as well as our own Castalia House store. Some examples of our published items are displayed here and you can find more in the menu above. Please visit the Castalia blog for the latest updates on what we have to offer for your reading pleasure as well as regular commentary on books and games.