It’s time to get your 2016 Planetary Award Nominations in! 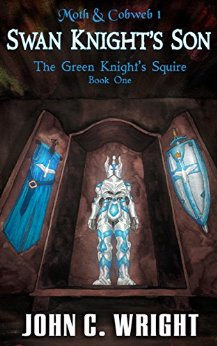 Longer story (novels) — Without a doubt, the best novel I read last year was Swan Knight’s Son. I thought it was just me at first. I mean, surely I’m about the only person that really wants an undiluted vision of knightly virtue, daring, charm, excitement, mystery, and elfin wonder. That stuff’s passé, isn’t it? We all grew out of that some time around 1940, didn’t we? To be competitive you’ve got to get with the times, am I right? Even my closest friends will tell me that. I mean… it’s great that I’ve unearthed some classic works of science fiction and fantasy that have been unfairly maligned. But you can’t just do what people did back then did today. Right?

WRONG! I passed this one on to my son, and I tell you… I have never seen anything like it. He’s read Lovecraft and Howard and Zelazny. He’s read a lot of good stuff. But this book…? Not only did I not have to twist his arm to get him to read it, but he also would stop every chapter or so in order read a passage out loud to whoever would listen. I asked him why he liked it and the guy is just plain speechless. All I can get out of him is that “it’s… just so good!” He doesn’t have the critical apparatus to even explain what’s so awesome about this because– and I’m not exaggerating– there is really nothing else like this on the market right now.

This story takes everything that everyone takes for granted about fantasy and science fiction… and does the exact opposite. It fires on all cylinders when the competition at best hits three out of eight. But that’s too kind, really. I mean… the competition doesn’t even run a V8! 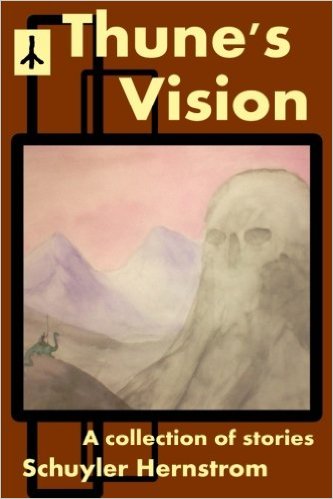 Shorter story (under 40,000 words/160 paperback pages) — Perhaps the most striking thing about today’s science fiction and fantasy is the almost complete absence of leading men.

I won’t belabor the point. I’ve said it before. Even an Adonis like Vin Diesel can’t get the girl in the end of the otherwise old school Chronicles of Riddick. Matt Damon spends an entire movie sucking up to his childhood sweetheart that jilted him. He even gives his life for the child she had with his romantic rival!

This is not a recent phenomenon. I loved Luke Skywalker, Alex Rogan, and Billy Peltzer as much as anyone else when I was a kid. But I had no idea I was being fed watered down fantasy, however. Those are not leading men. Peltzer is a likable loser who only randomly acquires the affections of a psychologically damaged girl that’s out of his league. Compared to John Carter, Luke Skywalker’s monk-like sexlessness is supremely underwhelming. The movie posters invoke Frazetta… but this is false advertising.

If I mention how much I enjoyed John Wayne and Elsa Martinelli in Hatari! in mixed company…? People look at me like I’m from outer space. But I know the truth. People love this stuff. Moms. Dads. Boys. Girls. This is the key to regaining the mass appeal that the pulp masters could take for granted. Just like science fiction was never meant to be divorced from fantasy, so too was adventure never meant to be divorced from romance.

This is really is unimaginable to most people: pretty much every contemporary story I read compromises on this point. And yes, it does hurt the aesthetics. It’s as if there has been a decades long war on the imagination. But people don’t want to just read about deliverance or sacrifice. They don’t just yearn for the sun breaking through the clouds when things look their darkest. They want consummation as well. And this generation has been denied it for so long they don’t even know what it would look like anymore.

Only one author has had the audacity to repudiate the spirit of this present age. That’s Schuyler Hernstrom. “Athan and the Priestess” is the story he did it with.