50 YEARS OF LUPIN III: The Manga 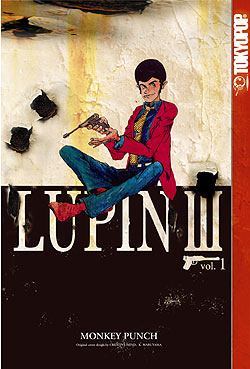 In August 1967, when Weekly Manga Action first published the adventures of Lupin III, Monkey Punch hoped for modest success for what was supposed to be a three-month series. Drawing on 15 mysteries from Maurice Leblanc for inspiration, the artist Monkey Punch combined the stylings of MAD Magazine, Playboy, and Chuck Jones’s Tom & Jerry animation shorts to create the adventures of his master thief. He did not suspect that he created a character who would become a pop culture icon, influencing not only Japanese culture, but Hollywood, video games, and American comics as well.

Monkey Punch’s mix of racy encounters and cleverly plotted stories quickly found an audience. And while Lupin III claimed ancestry from Leblanc’s Arsène Lupin, his personality is closer to Fantômas mixed with that of a trickster. Each week, Monkey Punch would draw a new tale of weird menace, with Lupin serving both as detective and as the menace for any and all who crossed him. And after the first series ended in 1969, Monkey Punch would revisit the adventures of Lupin and his gang ten more times, often teaming with other illustrators, with the last series ending in 2014.

Despite the popularity of the manga comics in Japan, only two series have been released in America, the original Lupin III and Lupin III: World’s Most Wanted (Shin Lupin III). Both are out of print, and while certain manga, such as Magic Knight Rayearth, Sailor Moon, and Love Hina, have managed to find new companies to rerelease their series, it is uncertain whether the Lupin III manga will ever see rerelease in English. Fansubbers have yet to discover this series, as moe cuteness is in fashion over worldly glamour, so if you find a volume in a used book store, don’t pass on it. Just be careful; even though the animated adventures of Lupin III veer towards family-friendly entertainment at times, the manga is decidedly for adults.

Let’s take a closer look at the collection that started it all, comprising the first nine chapters of the Lupin III manga.

Lupin’s first story is a rather sordid affair. Dr. Ouki has developed schematics for a revolutionary machine, but has attracted the attention of a number of unsavory elements, including Lupin III. To safeguard the plans, he photographs them and then hides the microfilm inside one of his two 1960s sex kitten daughters. Now Ouki’s secretary is found murdered, a seducer is feeling up his little girls, and a man named Zenigata bursts into his mansion, claiming he can identify which one of Ouki’s visitors is actually Lupin III. Zenigata reveals that the seducer–now a murderer and two-time rapist, all of which are presented for the reader–is a foreign spy. But when famed Japanese detective Inspector Akechi arrives, he unmasks Zenigata as Lupin III and arrests him. It’s a near-perfect just-as-planned moment, as, before his arrest, Lupin managed to send the film to his hideout and implicated the spy for all the crimes of murder, assault, and rape.

The man who would become Lupin’s true nemesis, Inspector Zenigata, makes his first appearance in the second chapter, where Lupin escapes prison by switching places with a guard–and sending him to the electric chair. The first of a procession of women bearing the Fujiko Mine name struts onto the scene in the third chapter, where she poses as a man’s sister to take his company away from him. Lupin is hired to discredit her, but is later found to be in bed with Fujiko–both to steal the company and in the more intimate sense. Goemon does not appear for many chapters, and at first as Lupin’s opponent instead of ally. But Monkey Punch is already playing with the ideas that would eventually create Goemon. In the fifth chapter, Lupin hires a famed samurai-clad killer to kill a self-proclaimed rival who has kidnapped (and despoiled) a trio of Fujikos, only to discover the hunted and hunter are split-personalities of the same individual. After a violent game of spy vs. spy, Jigen appears suddenly as one of Lupin’s many henchmen in chapter seven, the first clash of many over the years with the magician Pycal. Finally, Lupin is tricked onto a mysterious island by yet another Fujiko so that an arch villain can conduct a Saw-like experiment. But while the nameless fool monologues, Lupin sneaks up behind the man in the curtain and kills him.

Compared to the jaw-dropping art of CLAMP and other current manga artists, Monkey Punch’s art is rougher, using shading tricks, negative space, and fewer lines to suggest what current fashion instead must explicitly sketch. As this retrospective has marched backwards, it has been eye-opening how skilled artists like Miyazaki and Monkey Punch can imply about a character with just a few lines and a bit of shading. That economy, just like that of the pulps, has been lost over time as advances in printing have allowed more indulgent art styles.

The humor here is rougher and more ribald than anything we’ve seen in the franchise. Anything may be turned into a slapstick gag, from the various means of violence that splash the panels of the manga to sex. And there are plenty of opportunities for both, with even Lupin turning into the butt of a joke when needed. But he is more triumphant here than in the various animations, both in physical mayhem and in bedding the interchangeable Fujikos. (Fujiko Mine’s transformation from running gag to main cast has yet to occur.) The franchise standards of lightly wounding goons and Fujiko’s deft refusals of Lupin are not to be found. But the basics of Lupin’s methods are here, taken from his grandfather’s adventures, from the mastery of disguise to the calling card. And these are opportunities for humor as well. On multiple occasions, a Fujiko is revealed to be Lupin in disguise, usually after some poor lustful fool just got embarrassed.

Lupin is a presence in the underworld, who not only has his own network of goons and henchmen, he also works with (and against) others in the underworld. Where the modern heroic Lupin often acts to protect innocents from the underworld, manga Lupin instead swims in social circles completely separated from the normal folks, where the sharks devour each other. And Lupin is the apex predator. His strongholds are often prowled by his enemies, so his tricks are murderous and brutal, changing according to his whims. Where the modern Lupin might intervene when a woman is being stalked by two thugs, for his motto is “the babe comes first;” in the manga, he is perfectly content to watch the thugs have their way with her, then murder them later out of sheer capriciousness. And at the end, when goods are stolen, women seduced, and thugs murdered, Lupin laughs with a maniacal glee, for he is master of all.

There are no heroes here, just villains and marks.

It isn’t any wonder why Green Jacket Lupin was almost canceled after two episodes in 1971. There’s nothing here for a reader to empathize with. The appeal is in the mystery, the complexity of Lupin’s schemes, the cartoonish violence, and the Playboy-inspired fanservice. And in the short dose of a manga chapter, about twenty pages at a time, a tightly-plotted caper deftly balancing mystery and thrills does not wear out its welcome. But when expanded into a longer format, the unsympathetic characters turned away the wider audience. It is fortunate for the franchise that the team brought in to save the series included Hayao Miyazaki. By insisting that Lupin have a heroic goal in addition to his selfish goals, Miyazaki set the foundation for the changes that turned an utter sociopath into the lovable thief that’s still stealing hearts (and wallets) fifty years later. If you, dear reader, doubt the claims of myself and many of the Castalia House bloggers that heroism sells, Miyazaki’s changes to the Lupin series provide an example of how heroism can utterly transform a series, and raise a franchise heading for obscurity into an enduring pop culture icon.

Plans for Lupin’s adventures past his fiftieth year are underway. Inspired by the success of his Italian adventures, a fifth Lupin III television series is in pre-production. Press releases indicate that the master thief will be returning to the land of his grandfather to plunder the riches of France. There is no word on what color his jacket might be this time around, but Lupin, Jigen, and Goemon,  will continue their crime spree for many years to come. 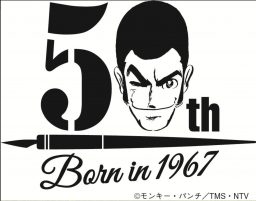