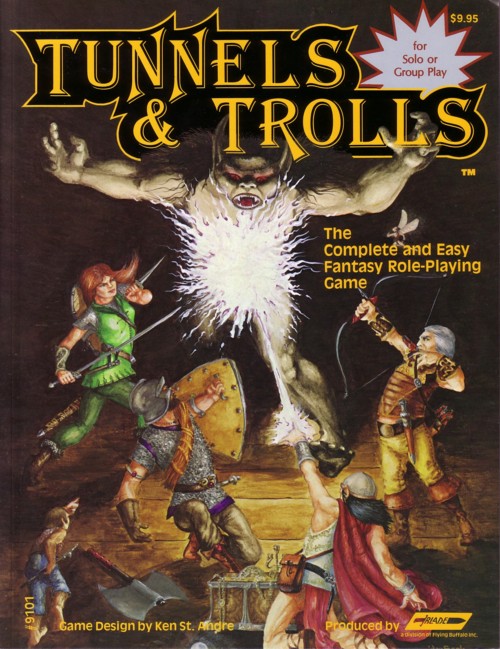 If there’s one topic that’s been done to death in the old school scene it’s the all around adulation they have there for the unmitigated wisdom of classic D&D’s “XP for gold” rules.

And it’s no wonder, really. The older XP rules are obviously dumb. Anyone can look at them and come up with more “realistic” ways to handle the concept of experience. Players come back from the dungeon after heroically killing an orc that had ten silver pieces on him… and are mortified when the have to divide eleven eight ways. Then when the three henchmen have to cut that paltry amount in half, hoo boy! Those players are liable to flip the table, let me tell you! It might look like it will take a dozen sessions or more to level up– unless and until some wise guy figures out that you can sell magic items, anyway.

For those that are late to this party, though… there actually was a reason that things were done this way. Giving out XP for the treasure and just about next-to-nothing for the killing…? It rewards people that scout out high value targets, that plan out and execute a heist, and that do so with a minimum of the old hack and slash.

Now, I know you know better than Gygax and Holmes and Moldvay. You’re a discerning gamer and you’re really, really smart. I get it. But if you haven’t actually given the old way of doing things a try, though, I think it’s worth it. It’s basically the Millenium Falcon of game rules: it doesn’t look like much, but it’s got it where it counts!

And hey, if you do take a chance with stepping outside of your comfort zone… I just want you to know, I’m going to be trying something different, too. Because I want to play the classic 5th edition of Tunnels & Trolls… and get this! According to these rules you don’t get any experience points for either treasure or magic items.

I don’t know what to think. It’s like… Ken St. Andre is trolling me or something. Which would make complete sense, honestly. He is the Troll Godfather, after all!!!

How does this game work…? Well you get a 100 experience points just for entering the first level of the dungeon and going home. If you enter the dungeon and then go down the stairs to the second level, that goes up to 200 or 300 depending on how you decide to set up the reward system for Daring. (Note: there is almost nothing in the Tunnels & Trolls rule book that is not presented with two or more variants, neither of which is really “official.” And yes, the fact that this came out at about the same time as first edition AD&D is kind of hilarious in and of itself.)

Experience points for beating monsters in combat…? You have to decide if you want to give their monster ratings out as experience or else divide the total of the monster ratings between everyone in the party. The designer comments on this:

Although you may wish to play around with these various systems to get a feel for each one, once you have done so you should pick one system and stick to it. It is hardly fair to switch back and forth within a single game session so as to give the delvers the maximum (or minimum) EP’s.

You know, I’m of a mind to just give everybody the full monster rating just so I can avoid having to do the math. Yes, it only takes a thousand points to “level up” in this game. But that in and of itself doesn’t give you new hit dice, new spells, or new class abilities. Granted, wizards will get a break on the strength costs of lower level spells. By the book, though… making it to second level is going to mean +2 to strength, +1 to IQ, +4 to luck, +2 to constitution (ie, hit points), +1 to dexterity, or +1 to charisma. (Or +1 to strength and +1 to constitution.)

That’s just… crazy. So no, I don’t mind if the experience points are easy to come by compared to that other game. Good day, Troll Godfather. Good day!

Yes… the rule book does seem to anticipate this reaction and gives the following note:

Although accumulation of experience points is a driving force in T&T, players may find that over the course of time, they will want to give out — and even receive — smaller increments of points. Stinginess in this regard is not necessarily a bad thing. Receiving EPs by the double handsful takes some of the ‘honour’ out of the whole thing and definitely detracts from the feeling of having earned those points.

And I have to admit… this is absolutely something that happens.

It’s funny, but when I was playing the heck out of Car Wars we tried out all of the experience rules from the various editions of the game. The ones we ended up sticking with…? Why, the really stingy ones from the earliest incarnation of the game. We even added house rules so that the “free” points you got just for entering combat where only given when you successfully made a control roll or hit an enemy combatant with your vehicular weapons!

So back to the original question. Will the fact that T&T is on the wrong side of the XP for Gold debate completely ruin the game for me…? You know, I doubt it. Too many people played it to death for me to assume that and the basic thrust of the design has been stable since the seventies. If this was a campaign-breaking design flaw, you’d think that somebody would have noticed by now. And even if it was, well…

I’ll try anything once!