The New vs. the Old 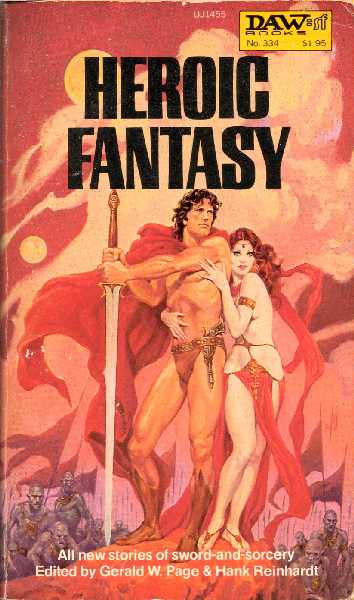 This past week, a friend who had called me up told me about this Gardner Dozois quote:

“While we’re talking about fantasy, I’ve been reading a lot of what’s being called “the New Sword & Sorcery” lately, stuff by people like Joe Abercrombie, Scott Lynch, K.J. Parker, Daniel Abraham, and it struck me what the one essential influence was that aesthetically separates the New Sword & Sorcery from the Old Sword & Sorcery, since both have sword-wielding adventurers, monsters, and evil magicians: it’s the Spaghetti Western.

Clearly Spaghetti Westerns have had a big influence on the TONE of this new work. Gone are the gorgeous, jewel-encrusted temples stuffed with huge snakes and giant idols with jeweled eyes and slinky sinister priestesses in jeweled bikinis where Conan used to hang out. Instead, the most common setting seems to be a remote jerkwater village, either parched and sun-blasted or drizzling and half-buried in mud, extremely poor and mean, swarming with flies, packed with venal, dull-eyed, illiterate peasants who are barely smarter than morons, if they are, and who have no power or influence in the wider world, and certainly no money, and who stare blankly and slack-jawed at our heroes as they enter town, either kicking up clouds of dust at every step or splashing muddy water.

You know this place. Think of every degraded village in every Spaghetti Western you’ve ever seen.”

I tracked down the words though I don’t know the original place of this quote. I found it very interesting considering my recent review of his recent The Book of Swords. Dozois must approve in the end as The Book of Swords contains stories by Scott Lynch, K. J. Parker (Tom Holt), and Daniel Abraham.

I think the trend to the dirty and grimy setting is across genres. Someone mentioned in an online pulp sword and sorcery discussion group I belong to that space opera has the same thing going on. I have noted before how the new fiction supposedly branded as sword and sorcery is often dialogue driven and has little or no description. A colorless dream indeed. That is one of my gripes with Glen Cook’s “Black Company” novels and stories. You have no 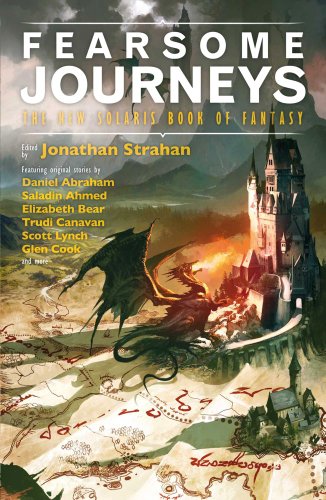 idea of what kind of weapons they are using or any idea of what the characters are supposed to look like.

One of the things that attracted me to old school sword and sorcery almost 40 years ago was the technicolor settings and grandeur. There were hard-boiled characters and situations but the settings were often anything but bland.

I have been reading quite a bit of new fantasy, some of it labeled as sword and sorcery the past few months. I am not getting the same buttons pushed in comparison to when I first read the anthology Heroic Fantasy (D.A.W Books, 1979) or Andrew Offutt’s Swords Against Darkness (Zebra Books, 1977-1979). The last time I had any degree of consistent excitement was with Rogue Blades Entertainment’s Return of the Sword (2008).

I am not a fan of the spaghetti western. The Good, the Bad, and the Ugly is a historical mess including  the anachronistic weapons that did not exist yet during the Civil War. Spaghetti westerns have dull spots that put me to sleep. Those degraded villages that Dozois mentions are to be found around Almeria in Andalusia where those spaghetti westerns were filmed. I just am not in thrall of the genre.

These new sword and sorcery stories that riff on the spaghetti western end up being more grimy than gritty. The emphasis strikes me as on the wrong things. The overall hard-boiled character of fiction has diminished over the years. Or I should re-phrase that, the overall masculine character of fiction is shrinking. Doesn’t most fiction written in the past 20-25 years strike you as somewhat wimpy or just boring in comparison to things written 1920-1940? You would never see something like Eric John Stark today.

The culture is different than the one that originally produced sword and sorcery fiction. There is another possible factor. Average testosterone levels in men have dropped around 1.2% per year from 1987-2004. A 40 year male today has 40% less testosterone than a 40 year old male in 1987. These newer writers are writing at best with 40% less testosterone than those in the middle 1980s. Consider what the percentage would be against the pulp writers of the 1930s!

I want to give the new fiction a fair hearing but I keep comparing it to what I read 35 years ago. I have been giving thought to revisiting Bran Mak Morn’s heath meadows of Alba, Hugh Rae’s Harkfast, Don Tracy’s The Black Amulet, Clark Ashton Smith’s Hyperborea etc.  Is it nostalgia pulling me back or did the fiction from an older day appeal to me better? 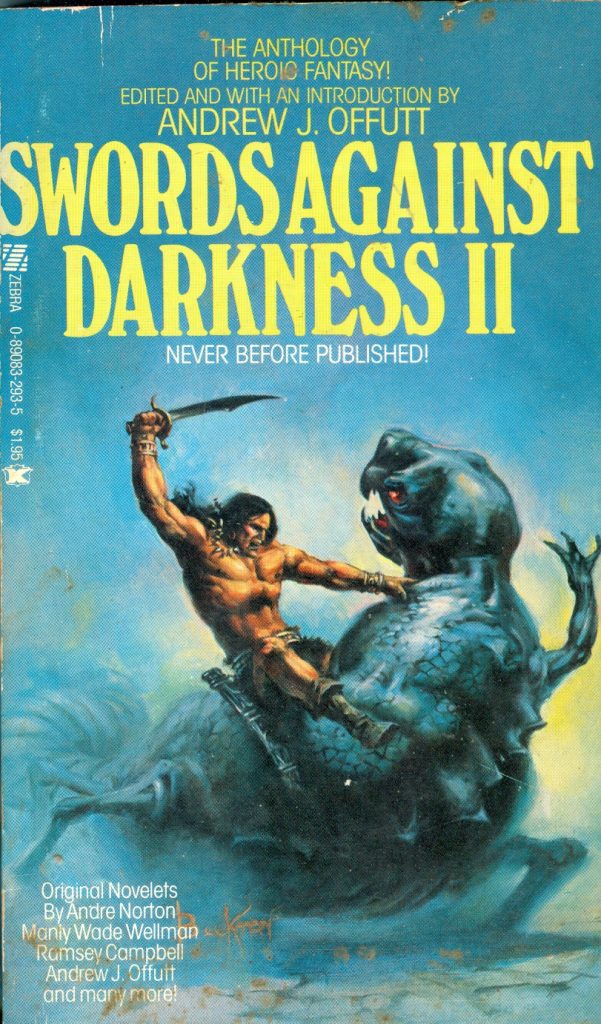 The Real Swords Against Darkness