A Recipe for Pulp Fiction 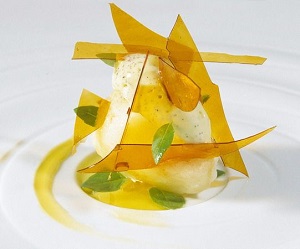 For many readers, it signifies a mean-spirited exercise  in demolishing a genre’s conventions by a clever-in-his-own-mind critic. However, in the culinary world, a deconstruction is an attempt to distill a dish down to its essential ingredients so that they can be arranged into a new form. For pulp fiction fans seeking to reintroduce the glamour and spirit of the pulps to contemporary fiction, it is important to turn to the heyday of the pulps, the 1920s-1950s, and determine what ingredients set pulp fiction apart from other stories so new menus full of new pulp stories might be presented to today’s market.

Misha Burnett made the first significant effort at determining the ingredients of pulp fiction for what would become the Pulp Revolution with his Five Pillars of Pulp Revival.  As a quick review, here are the pillars in Misha Burnett’s words:

Action: The focus of the storytelling is on what happens. We know who people are by what they do.
Impact: These actions have consequences.
Moral Peril: Consequences are more than just material. In Pulp stories there is not simply the risk that that the hero may fail to defeat the villain, there is also the greater risk that the hero may become the villain. A hero should have a code to follow, and lines that he or she is resolved not to cross.
Romance: Pulp heroes are motivated by love. Not always romance in the modern sense of a relationship involving physical attraction, but a relationship that obligates the pulp hero to take risks on behalf of another.
Mystery: I am using the word here not in the genre sense of a plot concerned with discovering the identity of a criminal, but in the broader sense of the unknown. There are many potential unknowns—the setting, the true identities of other characters, the events that led up to the current crises.

As an initial framework, the pillars have proven versatile enough to serve as a focal point of pulp discussion. Writers like Jon Mollison have used these pillars in an attempt to measure how much of the pulp aesthetic that a given story might have. And it is to this recipe that I wish to make additions and substitutions.

Action and romance remain unchanged. Pulp editors demanded that their heroes solve their mysteries, not through deduction, but by following clues into danger. As the heroes explored their world through action, so did their writers explore their characters through their actions. Romance does not manifest itself solely in brotherhood and courtship, but also in adherence of an ideal, whether it be the justice of the hero pulps or the siren call of adventure herself.

Misha Burnett is clear that not all of the pillars will be present in every story. This is most true of moral peril. While temptation is a mainstay of hard-boiled detective stories, the Shadow’s agents never waver in their war against crime. Likewise, Doc Savage and his companions never stray from their code. In “The Gologotha Dancers” and “Up Under the Roof”, Manly Wade Wellman’s characters are not vexed by temptation. Instead, they fight for their lives against the monsters trying to kill them. Where moral peril is absent, mortal peril fills the gap, becoming the first addition to Burnett’s recipe. 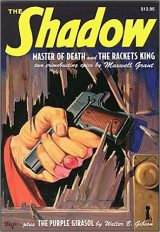 Impact becomes the first substitution of the menu. In addition to bearing consequences, all actions are final. The pulps were written at a time when people were still mindful that, like an arrow shot from a bow, a word spoken or a deed committed could not be recalled. There are no fairy godmothers, Dragonballs, or genies wishing away poor choices. In C. L. Moore’s “Black God’s Shadow”, Jirel of Joiry journeys into hell, not to bring Guillaume back to life, but to free the soul of the man she murdered. Likewise, pulp characters embraced the consequences of their actions. In Walter Gibson’s The Living Shadow, Harry Vincent never second-guesses his choice to become one of the Shadow’s agents. Instead, he throws himself wholeheartedly behind the Shadow’s war on crime. But consequence was not the only impact that pulp writers tailored their stories toward. As All Detective Magazine editor Carson W. Mowre instructed, “Action must be very vivid, with such great detail that the emotion of fear is heightened. Not action merely to advance the plot, but to serve an emotional purpose.”(1) In order to distinguish between the two forms of impact, let’s split them into consequence and emotion.

To elicit this emotional impact, the stories must have the ability to make the reader feel thrills and chills. Popular Publications‘ Managing Editor Rogers Terrill often used the words “emotional urgency” to explain what he was looking for in a submission. He explained further:

“Primarily there must be real emotion in our stories; in addition to the physical conflict, they should have emotional drama. A story, for example, on which conflicting forces are at work, in which the hero has strongly conflicting desires, where he must make a choice that will reflect his true character, his most vital interests and desires require one course of action, but a debt of honor demands sacrifice of his own free will. And while he is sorely tempted to protect his own interests, his better nature triumphs.”(2)

Writer’s Digest would later echo this, saying that for detective pulps “heart interest and human emotion are the special requirements. Stories should be strongly melodramatic, the characters should be very real and appealing, and situations should deal with the poignant phases of crime.” (2) To accomplish this, pulp writers avoided the Cloud Strife ciphers used today as reader surrogates.  Instead, they took likable characters with personality and ratcheted up the stakes, creating tension that built an unease and concern in the reader. 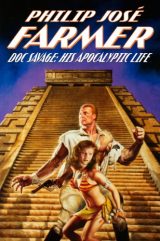 Perhaps the key ingredient to all pulp fiction is mystery. Misha Burnett shows that this is not limited to the whodunit, although titles like Scientific Detective Monthly, All Star Detective, Ace G-Men Stories, Doc Savage, and their scores of competitors would hawk the newest and most exotic murder mysteries each month. Each pulp story featured an exploration of the unknown, with a plot that not only settled the hero’s troubles, but revealed the glamour of the particular facet of the unknown featured within. This could be other people, as in the G-men stories and the women of the now quaint spicy adventures; technologies such as those featured in railroad pulps and Hugo Gernsback’s forensic mysteries; foreign cultures, like those explored in the chinoiserie and the gangland mystery; the past, in Westerns; and strange lands, real and imagined, showcased respectively in world-traveling hero pulps and the home of weird fantasy, Weird Tales. Just as important as the exploration is a love for the unknown. Pulp tales play the situations straight, without the mockery and snark that characterize contemporary fiction. This is not to say that pulps were humorless. The G-Men stories and John Campbell’s Unknown could both feature more light-hearted fare than their competitors, joking about tense mystery and fantasy. However, the humor was never allowed to tarnish the glamour of the unknown or undermine the key mystery of their pulp stories. Many pulp pastiches have failed because they did not embrace the unknown wholeheartedly, instead using chronological snobbery and sarcasm to dilute the pulp ingredients.

The most invisible ingredient of pulp fiction to the reader is story structure. Caught up in the thrill as the Shadow strikes or the terror at the discovery of the Lord of Strange Death’s newest victim, a reader might not stop to consider rising action, falling action, turning points, or denouement. Yet the pulp writers had to. Time and the editors demanded it. Mort Weisinger, editor for Thrilling Publications in the mid-1930s, said, “We were constructionists. We always studied Dumas, Jules Verne, H.G. Wells, Nick Carter, Tarzan—Edgar Rice Burroughs. We believed a story had a beginning, a middle and an end.”(3) But how a story stepped through its parts was left up to the author. Much recently has been made of Lester Dent’s Master Formula for short stories and Michael Moorcock’s adaptation of it into his Three Day Novel. While this mystery structure was adopted by hundreds of writers in the era of the pulps, pulp writers had more to draw on. R. E. Howard used something akin to music’s theme and variation in the Solomon Kane adventure “Rattle of Bones.” Manly Wade Wellman used the Elizabethan five act dramatic structure in morality plays, a framing story around a central mystery in his werewolf tales, and a truncated form of Dent’s Mystery-Twist-Twist-Twist-Revelation-Punchline structure in other short mysteries. By choosing the right structure for the tale, a writer could keep the brisk pacing expected of the pulps while avoiding time lost to writing digressions that would be excised in editing. 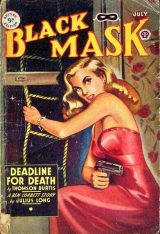 Action, romance, moral peril, consequence, emotion, mortal peril, exploration of the unknown, love for the unknown, and story structure. These nine ingredients, when combined, form a recipe for pulp fiction. I will leave the proper mixture of these ingredients to the demands of the market and a writer’s muse. For just as different combinations of the same set of spices create different flavors in the kitchen, so too can different combinations of the pulp ingredients create unique effects on the page for the reader.