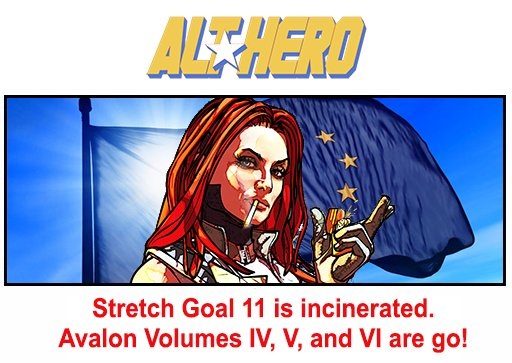 Such incredible support from the 1,700+ Alt★Hero backers. Some of you mentioned the traditional U-shape of a kickstarted campaign, but given the two mid-campaign bumps, we thought it was possible that we’d already pulled too much demand forward through our various announcements to see it play out in monetary terms. Alt★Hero is now one of the top 25 comics ever kickstarted, and may well be the one of the top three comics ever launched this way. 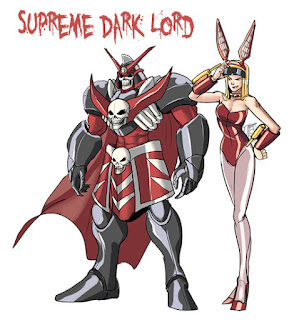 Thank you from Vox Day, Chuck Dixon, and the entire Alt★Hero team. We are extremely motivated to live up to the faith you have expressed in our ability to deliver a high-quality comic series – or two, really – and we hope to exceed your expectations. Some of these elements are going to take a while, particularly the RPG, but we will deliver them when they are ready. As a thank you to all of the backers, we are accepting Observer’s suggestion to give one cameo to the entire backing community to decide. Nominations  and a deciding vote-by-email will be done after the campaign concludes.

It won’t be up on the site for a few hours yet, but we can tell you what the $200k reward is going to be: Spacebunny cosplay and a photo of the cosplayer signed by the real Spacebunny included with every shipment to a backer that includes a hardcover Reward. If you are not still tired of all the winning and would like to help close out the campaign with a bang, you can do so here.

By the way, if the campaign exceeds $194,145, it will be the most-funded new comic book ever crowdfunded.