An Atlas of Bad Roads 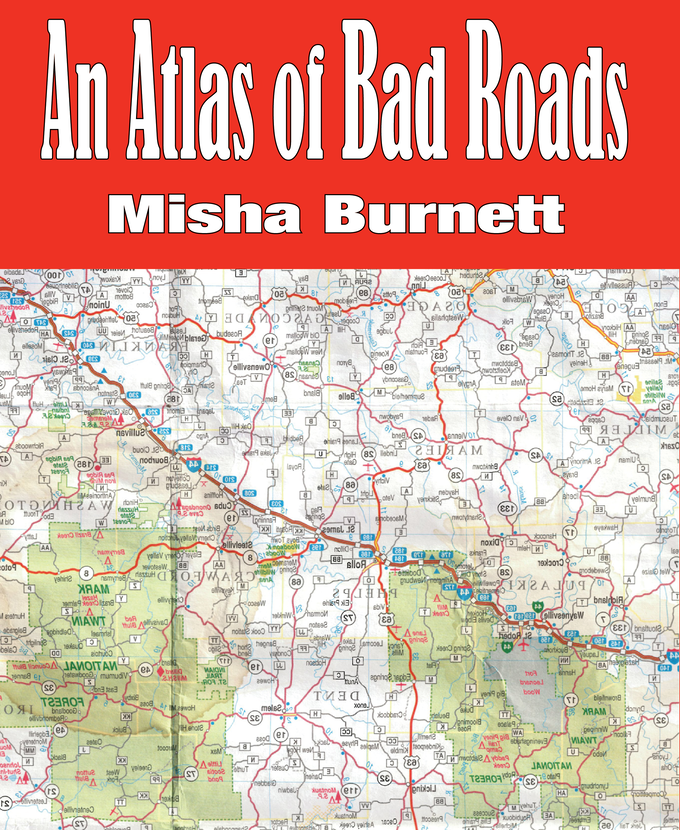 The above is a refrain murmured throughout Misha Burnett’s An Atlas of Bad Roads, a collection of his short stories pulled from various start-up short story magazines and anthologies of the past few years. Not Cirsova, though. Not this time. The mood is different from the heroic adventures of science fiction and fantasy in that stalwart of the short story scene. (For those, try Misha’s Endless Summer.)

Instead, An Atlas of Bad Roads steers towards the third, and often neglected, pillar of weird fiction.

Hard weird, Misha calls his style. It fits. These are tales of that old kind of fantasy, the one before Orks and Hobbits and other worlds. Where a wrong turn can drop you where there be dragons. Or fishmen. Or killer clowns.

Wrong turns that make what’s left of your life irrevocably changed through quiet moments of heroism. Or turn your final moments into a warning sign for others to take heed of.

Misha’s protagonists tend to be practical, blue collar maintenance folks. The rich and powerful do appear, but as warnings and demon fodder. And both are fed into moody, broken stories that Misha loves writing. Broken, as in the characters are broken, not in the mode of craft. Here, in this particular volume, there is often a way out–if one is willing to accept the rough grace that intertwines with mortality as the two themes of this anthology.

“Mystery Train” dips into into weird West, as a former marshal accompanies a dead man’s coffin on its way to his grave. But a simple act of kindness and a simple prayer thrust the marshal into a confrontation where no silver bullet can help him.

“The Summer of Love” is a time-traveling take on “The Man in the High Castle”–and a rebuttal to all those “time travel to kill baby Hitler” thought experiments. Sometimes the fight to vanquish great evil may prevent the rapid accumulation of petty evil into a system far more oppressive than that of said great evil. This one comes across as a warning in these compassionless times.

“Burn Silent, Burn Bright” is a sad story of PTSD and a man broken by his parents’ apparent doomsday fantasy–one he can never escape, even when shown kindness. As Misha says in the end notes, “in some ways, there is a deep part of us that never quite escapes where we grew up.”

“Dead Man’s Chest” is an eerie horror story that starts by eating a frozen pizza from a factory that’s now a murder scene. The scare hinges on the final revelation. This was created for a gimmick pizza horror anthology, but has found a better home here in this anthology of wrong turns.

In “Black Dog”, a groundskeeper can see the Black Dog of Death. And said dog is now haunting his ex-wife. As Misha says, this tale is more about recovering from divorce.

“227 Progress Loop” is a haunted tale dealing with the years-past aftermath of sin and love and relations best not spoken out loud. And while the events around the fire and a pair of dead bodies are unraveled, perhaps the souls might not yet be placated…

“Epilogue” lives up to its name, giving a weary middle-aged and blue collar encounter between fairy tale characters, years after the pixie dust has faded.

“The Blacklight Ballet” combines haunted malls and killer clowns into one of those theme park haunted houses made real. In the best tradition of horror, this is a bit of Other hidden in plain sight.

“The Silk of Yesterday’s Gown” combines Celtic myth with a stay at Paradise Island gone wrong. Unnatural urges lead to unnatural events, and fairies are never the good guys.

“The Darkest Hour of the Night” shows how unsettling, if not frightening, compassion might be, as a mysterious old man confronts a child, Pete, with his past. Not to condemn the boy, but his aim is uncertain, until the end.

“A Cup of Kindness” posits what might have happened if the Ghost of Christmas Future visited someone in his youth instead of his twilight.

“We Pass From View” is a bit of backstory from Catskinner’s Book, and a bit of film gossip such as is popular these days. Whatever happened to the Film too Terrible to be Shown? And why does the cast continue to vanish in a series of Laurel Canyon-like disasters?

“Everyone Knows That This is the End of the Line” has a sort of sweetness that covers the horror of “what if the doctors grow impatient about medical suicide?” The human spirit persists, even in such an oppressive shadow.

“The Lord of Slow Candles” asks “what if everything a so-called ‘street crazy’ does is actually a perfectly rational response?” And, to be honest, I’d like to see more of this type of story. Misha tells it without sneering or cynicism, giving Grace a heroism and a magic more compelling than today’s systems that codify magic into mere rules.

I find myself more contemplative after these stories than much of Misha’s previous work, which is saying something since his stories always demand that one meditate on these things. By all means, pick up a copy of An Atlas of Bad Roads, take a couple of its wrong turns, and get ready to feel, to contemplate, and to dream.