Appendix N and the Dawn of the Vizigraph! 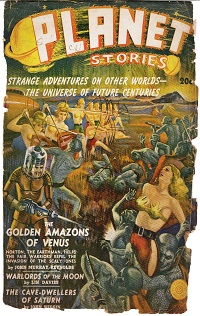 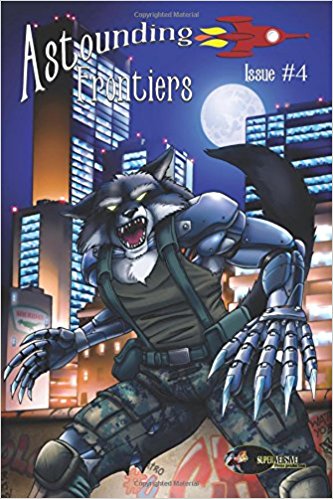 The latest issue of Astounding Frontiers is here! Check it out and you’ll find an all new retrospective by yours truly. If you got to the end of Appendix N and just wanted more, then this (along with Cirsova issues 1 and 3) is the place to go!

One of the things I did as I worked my way through Appendix N was scour the internet for any and every review or blog post about the books I was opining on. I used this as a “check” on my work. Sometimes I would find confirmation for my speculations. Sometimes I would find out about things I missed. And sometimes I’d find out that I was the only person saying something that had until then seemed completely self-evident to me.

Now that I’ve covered the first issue of Planet Stories for Astounding Frontiers, I can now do something similar: compare my assessment to the original science fiction fandom of 1940! Let’s see what they had to say:

“I’ll naturally buy all that you publish, which probably won’t be very many, unless you change your story policy, and unless you do change you policy, I can only hope that this is the FIRST and LAST issue. The yarns can’t be rated, as one is just as putrid as the next, so I won’t even undertake the job.” — Olon F. Wiggins

Why, hello there representative science fiction fan of 1940. Pleased to meet you! Sort of. Uh… okay, not.

Okay, so maybe all those Charles Atlas ads weren’t enough to keep there from being any dweebs at the onset of modern fandom. Still I’ve got to give this guy the credit he deserve: his letter is way better than the one star reviews of today!

I can’t agree that all of the stories from issue one of Planet Stories were of the same quality, putrid or otherwise. And there is in fact someone writing in to praise the story that I singled out above all the rest:

“Best story is ‘Expedition to Pluto.’ Pratt and Manning know their science-fiction and their style is good, the girl fits into the story (instead of being a more or less decorative addition dragged in by the hair as is so often the case.) A story satisfactory to most fans, I think…. All in all, the magazine is pretty fair for a first issue, with one good story, one average one, and two others not too bad.” — D. B. Thompson

“Incidentally, I don’t want you to misunderstand my criticism of The Golden Amazons of Venus— it is a pretty good story of the type popularized by Edgar Rice Burroughs; but so many such stories have been published that the type, regardless of quality, has lost its punch.”

And speaking of openly derivative stories, there was one callback that I managed to overlook. The opening of “Cave-Dwellers of Saturn” opens with the hero summoned to a discussion with his Commander-in-Chief in a special spy-proof room. There is no small chance that this scene was cribbed from E. E. “Doc” Smith’s Galactic Patrol which had come out two years before.

Taken altogether, this confirms that Appendix N is more than passable serving as a de facto canon of science fiction and fantasy. The primary influence behind the first wave of role-playing games is here singled out as the father of a type of story that had been done to death at this stage. And the name of a coauthor on the best story from the issue is not just a name associated with old school naval wargaming, but was also on the shortlist of authors that Gygax singled out as being the most immediate influence on AD&D.