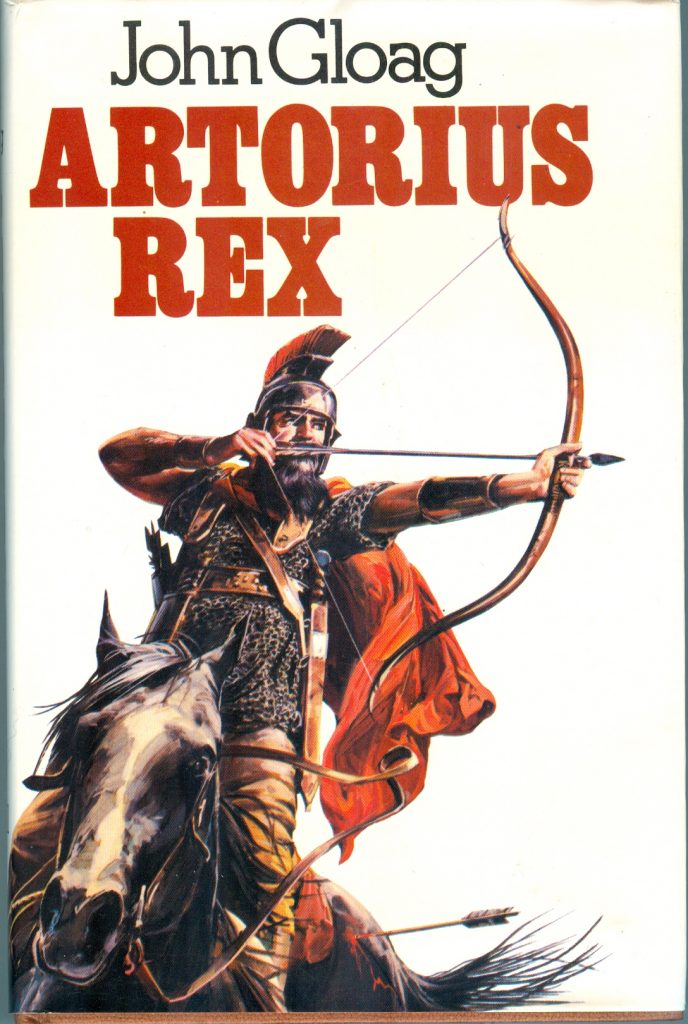 The Matter of Britain is a genre that straddles fantasy and historical adventure. I generally don’t read the more fantastic Arthurian novels but cannot resist a story of post-Roman Britain conflict between Romano-Britons and Saxons.

John Gloag’s Artorius Rex is the latest of the historical Arthurian novels I have read. Gloag (1896-1981) wrote on industrial design, architecture, some science fiction and then a trilogy on Roman and post-Roman Britain.

Artorius Rex is the third in the trilogy following Caesar of the Narrow Seas (1969) and The Eagles Depart (1973). Artorius Rex was published in 1977 and was Gloag’s last novel. Gloag was born of a Scottish father and Welsh mother, published 21 novels, and also had three collections of short fiction.

The novel is written in the form of a report by Caius Geladius (Sir Kai) who has returned to Constantinople, for the Emperor Justinian in the year 540 A.D. Justinian is looking to retake Britain for the Roman Empire once Spain is conquered.

Artorius, son of Uther, nephew of Ambrosius Aurelianus is sent at age 10 to Constantinople to complete his education and learn the military arts of the Empire. The Emperor Athanasius sends Artorius at age 18 with Geladius to Britain to drive out the barbarians. Caius Geladius is ten years older and has a family history from Britain. Adventures of the Geladii family are chronicled in Gloag’s other two novels in the trilogy.

The novel has Artorius creating a force of mounted fighters using archery to fight the barbarians assaulting Britain. Gloag has possibly the best version I have ever read of a society on the way down and on the way out. The plumbing and baths don’t work anymore. There are no craftsmen anymore to keep up the Roman cities. The native princes are ignorant, conniving, and backstabbing. They are more interested in attacking each other than driving back the Saxons.

Artorius becomes dux Britanniarum on the death of his uncle. He and Caius recruit their cavalry archers and campaign against Picts and Saxons.

Arthur’s wife in this case is Gwinfreda, a Saxon’s chieftain’s daughter. Gwinfreda is also a nymphomaniac. Lancelot is Wencla, a noble from Brittany/Armorica of Saxon origin. Merlin is present as an advisor who has visions of destiny. The novel follows the inevitable path of the King Arthur story.

Artorius Rex is only 197 pages long. It moves rather well. It has a few new twists in the Arthur story. Like I said, Gloag has the best description of a society in collapse. He takes the view that the Romano-Britons were doomed. One character mentions the merging of Saxons and Britons in some areas creating a new people. His version of the Battle of Badon Hill is not the best I have read. His version is rather confused with Arthur making mistakes allowing Cerdic to escape.

As far as I can find, there was only one edition of the book from Cassell. There was never a paperback reprint. This is one of the more obscure Arthur novels of the past fifty years.

If you have an interest in the more historical based Arthur novels, here is a list of the ones I have read: