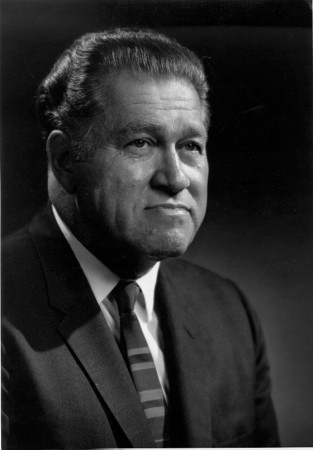 Today is the 110th birthday of August Derleth (1909-1971). Derleth is probably best known for his macabre fiction.  If my adding is correct, Derleth had 124 stories in Weird Tales magazine. He is surpassed by only Seabury Quinn who had 143 stories in Weird Tales. His weird/macabre fiction has often been dismissed. Yet, when I began reading it with an open mind, I found much of it to be much better than most of what ran in Weird Tales. The average reader will probably be introduced to Derleth by way of his Lovecraft pastiches and Cthulhu Mythos stories. This is the stuff that was out in paperback with multiple printings. It is also probably the worst way to be introduced to Derleth. August Derleth  did write some mythos stories in the 1930s with Lovecraft’s blessing. Those are fine, “Lair of the Star Spawn,” “Beyond the Threshold,” “The Dweller in Darkness” are all fine first generation Cthulhu Mythos stories. They are written in Derleth’s style. The later stories written in imitation of Lovecraft in the 1940s and 50s are the ones that give the bad reputation.

Derleth is much better writing stories in the English ghost story manner. I especially like those written in the 1940s as “Stephen Grendon” collected in Mr. George and Other Odd Persons. Those stories work very well. Many have settings in the northern woods and small towns. Derleth had a knack for writing outdoor scenes of woods, creeks, spring time or autumn.

He also had a cycle of stories set in Renaissance Italy that I enjoy. They have some similarities to Clark Ashton Smith’s “Averoigne” stories in the Gothic atmosphere.

A friend of mine sent me the mainstream collection Wisconsin in Their Bones a few years back. That is a collection of stories of life in Sac Prairie. One story, “The Christmas Gift” is one of the best Christmas stories I have ever read. This is not the sort of thing I would want to read every day but do enjoy when in the mood.

John D. Haefele pointed out in The Derleth Mythos that in the mid-1930s, August Derleth had the highest literary profile of any of the Weird Tales writers. He had a Roll of Honor status in Edward J. O’Brien best short stories anthology. Scribner’s published his Sac Prairie books. Sinclair Lewis praised Still is the Summer Night. Derleth won a Guggenheim Fellowship in 1938.

Derleth’s greatest impact on my life was the founding of Arkham House publishing with Donald Wandrei in 1939. The idea was to publish and keep in print H. P. Lovecraft after his death. The major publishing houses turned down the idea. In the long run this was beneficial. Had Derleth and Wandrei got Lovecraft published, it probably would have been one book and one printing. Then Lovecraft would be back to lapsing into obscurity. Derleth at the helm at Arkham House preserved the best of Weird Tales. He also reprinted English ghost story writers. We had Clark Ashton Smith, Robert E. Howard, Robert Bloch, the first book from Ray Bradbury – all from Arkham House. Derleth’s efforts slowly grew the audience for weird/horror/macabre over the next 20 years until horror came back in vogue in the 1960s. Those well made, well put together hardbacks primed the pump for the later paperbacks that we grew up with. 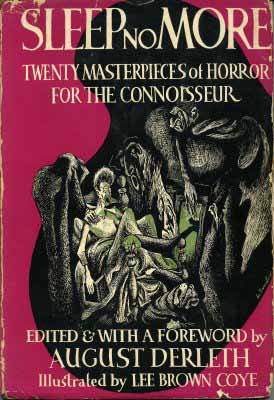 Derleth also edited the landmark anthology Sleep No More from Farrar & Rinehart in 1944. That book included Robert Bloch, Clark Ashton Smith, Lovecraft, Robert E. Howard, Henry S. Whitehead. There was even an Armed Services edition. How many new fans of horror were created from soldiers, sailors, and Marines reading that book? 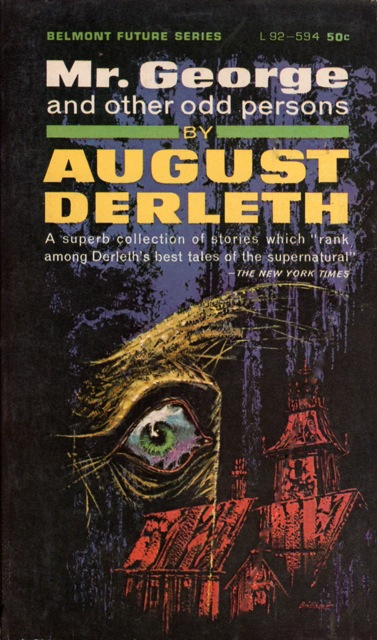 and Rinehart. There were paperback versions with fewer stories by Berkley Books in the late 1950s. You used to see those paperbacks in used bookstores 35 years ago. Not so much now. August Derleth was Ray Bradbury’s first cheerleader.

If you are a fan of horror fiction, thank August Derleth. He kept the faith through some rough years. He put himself at risk starting and supporting Arkham House. He gets flak for writing stories as “H. P. Lovecraft” based on ideas from Lovecraft’s notes. That money generated was put back into Arkham House to keep Lovecraft in print. If you want to read more on that, check out John D. Haefele’s A Look Behind the Derleth Mythos. I was a Derleth hater until I read the book. I did a 180 turn as a result.

I will probably dig into Mr. George later today and raise a glass to the memory and deeds of August Derleth.