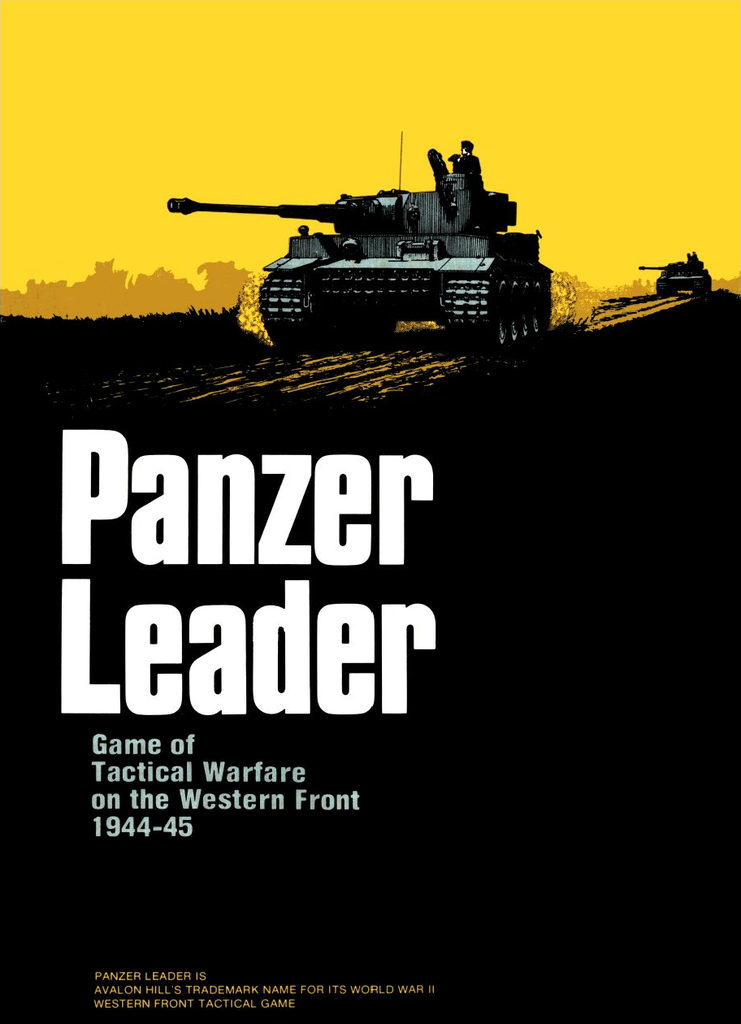 I am probably going to make myself rather unpopular with this opinion, but I don’t really care for Panzer Leader.

Avalon Hill’s Panzer series, beginning with PanzerBlitz, going on to Panzer Leader and eventually even being adapted to more recent tank warfare with The Arab Israeli War, is considered one of the pinnacles of tactical armored combat simulation, with PanzerBlitz being one of the most successful and popular wargames of all time. The Panzer series uses modular map slats and scenario cards to recreate a wide array of combat situations. While PanzerBlitz focused on the Russian Front, Panzer Leader features nearly two dozen scenarios on the Western Front. And for me, therein lies the problem – Central Europe is lousy tank fighting terrain, and the line-of-sight rules made for much slower and clunkier play than I’d expected.

The Panzer games do aim for a very complex and nuanced experience – multiple weapon types by unit have differing capabilities against differing targets (high explosives are good against soft targets, but bad against armor, heavy shell weaponry is great against armor at close range but mediocre against infantry, etc.) as well as multiple attack phases, one for direct fire and another, post-movement, for close-assault. Where things get dicey is with the line-of-sight, elevation and spotting rules. All direct fire must be done via line of sight, which is a problem because the whole map is a big freaking forest with half a dozen town and a few hills and ridges, much of it impassible terrain for vehicles. Spotting rules require units be adjacent to enemies who are in towns or forested hexes, meaning that tanks can fire then move into a nearby partially wooded hex to hide and continue doing so, a phenomenon that led to the no-joke-people-apparently-actually-used-it derisive term Panzerbushing. While there were optional rules that allowed ranged shots of opportunity at any units moving across the open at more than a certain portion of their movement speed, which may have alleviated this, we hadn’t used them for the scenario which we played. Part of me wishes we did, but I was having a tough enough time wrapping my head around what was going on. 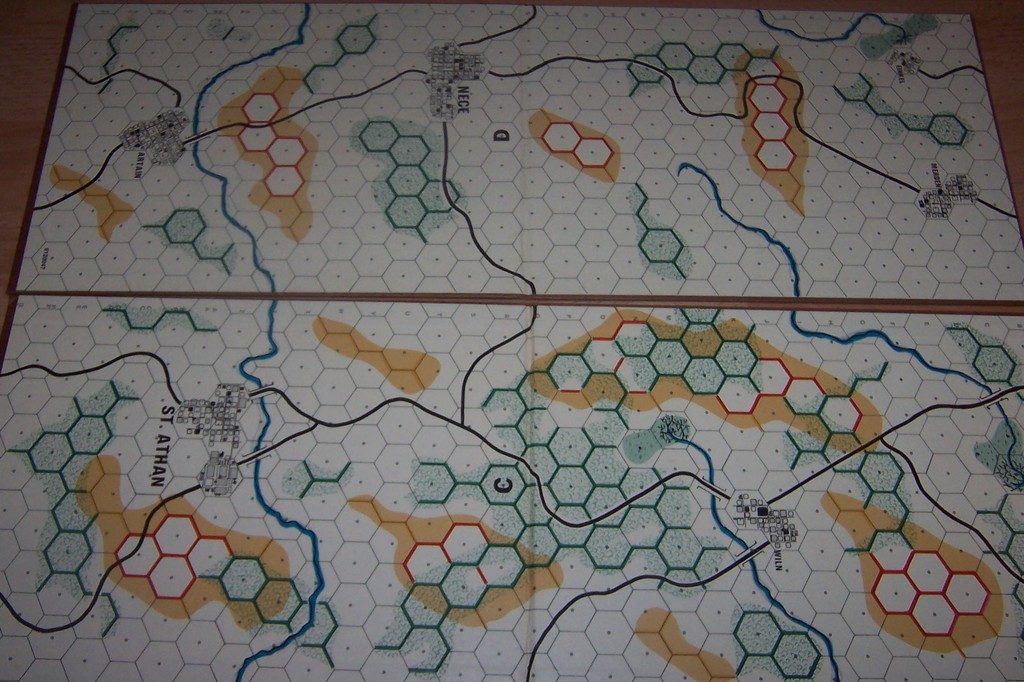 The scenario we played was Celles, the tip of the Bulge. It was probably a mistake for me to pick the allies, because sending a bunch of tanks over a ridge and through forests to root out a sizable nest of troops is tough enough when you actually know what you’re doing. I lost by piece-count just over half-way through the game.

If you do play this one, I recommend the following:
– Use the attack of opportunity rules
– Unless you’re comfortable with the game, treat indirect fire as a normal part of the fire phase rather than planning them secretly in advance.
– Take a brown sharpie and trace all of the ridge hexsides; these were much more distinct in the other games’ boards but were barely visible on our copy of Panzer Leader.
– Start out with one of the simpler scenarios; I will fully own up to the fact that my frustration came in part from trying to learn the game using one of the bigger and more complex tactical situations.

I’m going to give The Arab-Israeli Wars a chance, because I figure that since one of my biggest beefs with Panzer Leader was dealing with LOS rules on a map that is mostly forest, it won’t be such an issue with tanks fighting in the desert.

I wouldn’t say Panzer Leader was bad, just more fiddly than I’m used to and kind of a jarring change of pace after The Guns of August. If you want a highly detailed mixed unit tactical armored wargame and can find someone patient enough to figure it out with you, this series is an undeniable classic with a lot to offer. Personally, if I wanted to play another big tank battle game again, my go-to would be Conflict Games’ Bar-Lev: the Yom-Kippur War of 1973.