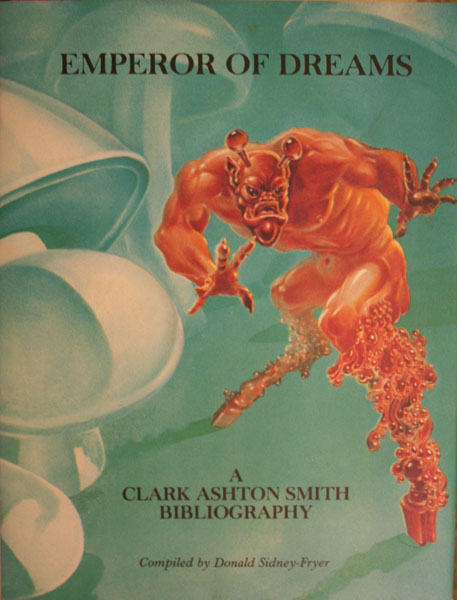 Another favorite bio-bibliography is Donald Sidney-Fryer’s Emperor of Dream: A Clark Ashton Smith Bibliography. This book came out in 1978 from Donald M. Grant Books.

Translations of Poems From the French

Appearances of Poems in Anthologies, Etc.

Appearances of Tales in Anthologies

The Auburn Journal and Weird Tales

Index to First Lines of Poems

I bought this one well used without dust jacket in the mid-80s. I first read of Clark Ashton Smith in the introductions by Karl Edward Wagner in the Berkley Medallion Conan paperbacks, intros by L. Sprague de Camp in the Ace Conan paperbacks, and the introduction by Lin Carter to The Adventures of Jules de Grandin. I first read Clark Ashton Smith in Tales of the Cthulhu Mythos where I first read “Ubbo-Sathla” and “The Return of the Sorcerer.” I was hooked. I never had a problem with Smith’s prose style unlike Isaac Asimov who made his displeasure with CAS known in the anthology Before the Golden Age.

I consider Clark Ashton Smith to be the other foundational pillar of the sword and sorcery genre along with Robert E. Howard. He was unique.  I was fortunate in that David Hartwell published three Clark Ashton Smith collections in the early 80s with the Timescape Books imprint. I then found the four Ballantine Adult Fantasy paperbacks that filled in a few more holes. I spent hours like I did with The Last Celt learning more about Clark Ashton Smith and finding out what stories I did not have. In time I got all of Clark Ashton Smith’s fiction tracked down due to a friend in England who found the paperback reprints of the Arkham House books for me. 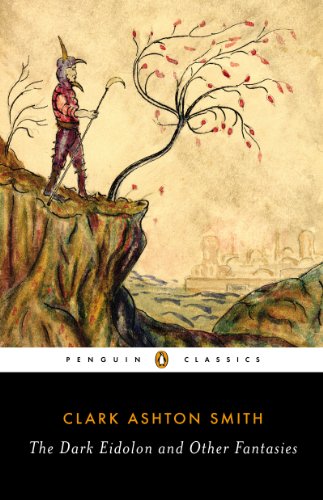