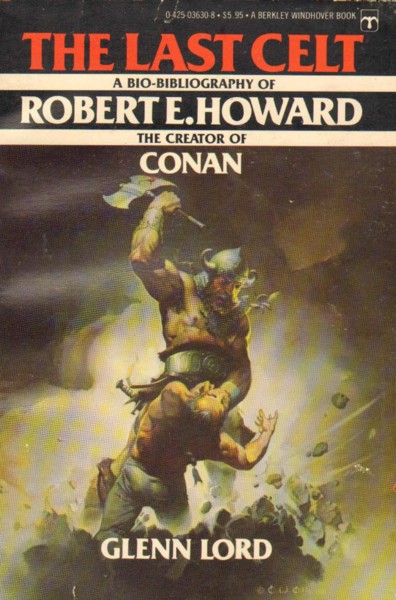 The first bio-bibliography I ever bought was Glenn Lord’s The Last Celt: A Bio-Bibliography of Robert Ervin Howard. I had been reading any Robert E. Howard I could get my hands on at this point and wanted more information.

The Last Celt is what I think a bio-bibliography should be. Here are the contents.

A Touch of Trivia

On Reading– And Writing

A Memory of R. E. Howard by E. Hoffmann Price

The Last Celt by Harold Preece

The Hand of Nergal

The Battle That Ended the Century

Pictures in the Fire

The Hall of the Dead

Iron Shadows in the Moon

Cartoon from the Junto

Map of the Hyborian Age

A Gent from Bear Creek

I spent hours and hours going through the indices back in the day. I learned more about Robert E. Howard from The Last Celt than any other book. I now have both the hardback and paperback editions. I had Glenn Lord sign my paperback edition.  A note on the Berkley trade paperback. The spines on those get stiff and brittle and eventually crack. I pull out the hardback more than the paperback when looking something up. I know a guy who took his trade paperback apart, punched holes for a small binder, and has it in the binder. I just don’t pull that edition out anymore. That is a book that could use a reprint. It is from 1976 but still full of useful information all around. 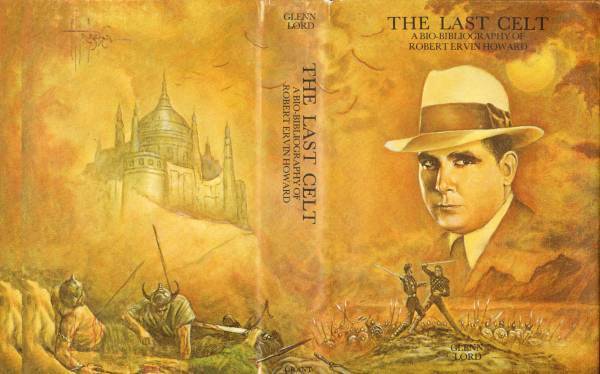