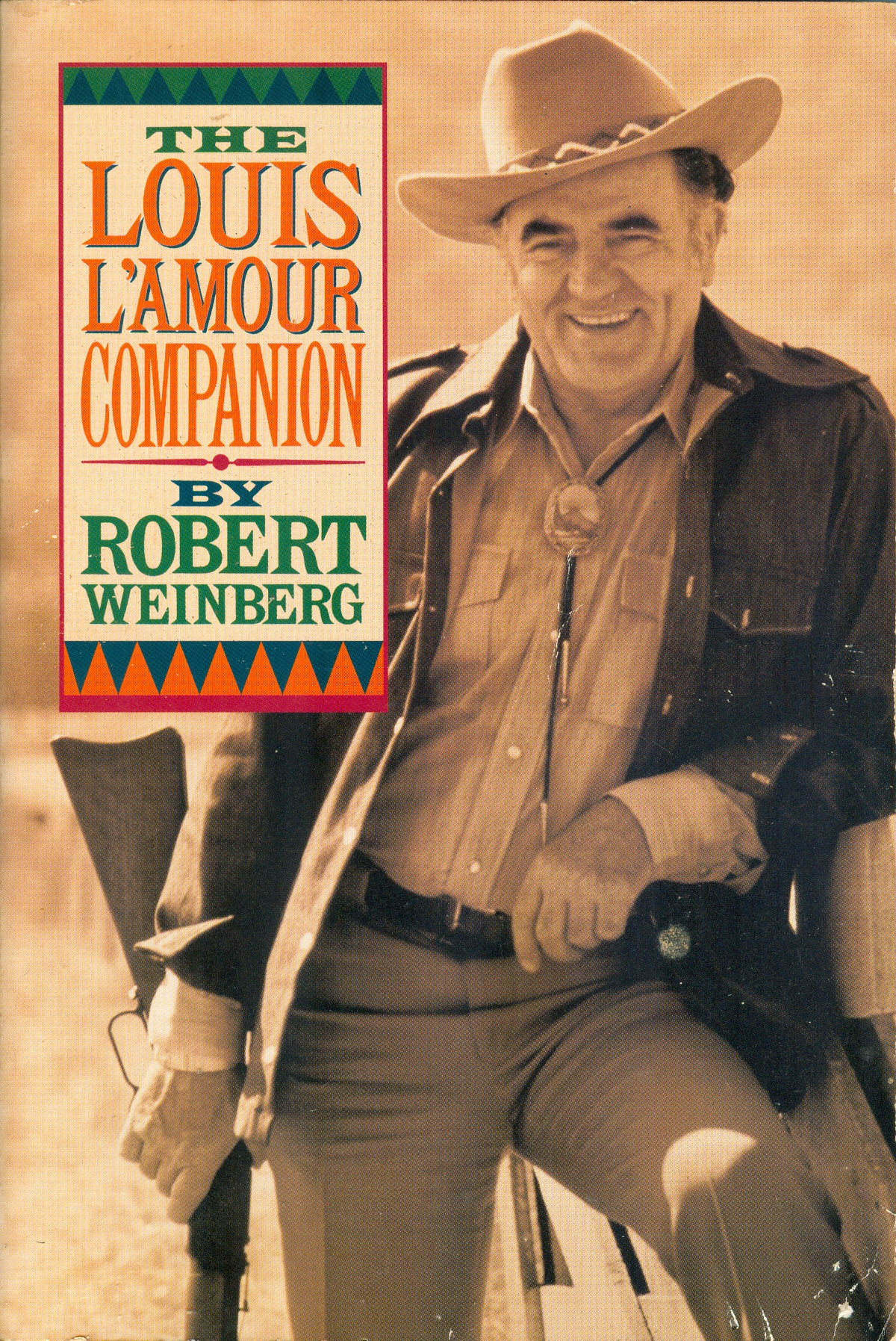 Louis L’Amour (1908-1988) may be the most popular western fiction writer of the Twentieth Century. He was the second western writer I read. The first was Robert E. Howard’s westerns. L’amour is not my favorite western writer, I like Gordon D. Shirreffs, T. V. Olsen, and Elmer Kelton more. L’Amour did write some classic novels including The Daybreakers and Last Stand at Papago Wells that I enjoyed quite a bit. The Daybreakers is an epic western. When L’Amour was on, he was on. There are also novels that were dialed in and in need of some editing.

I really like L’Amour’s pulp magazine adventure fiction. I can still 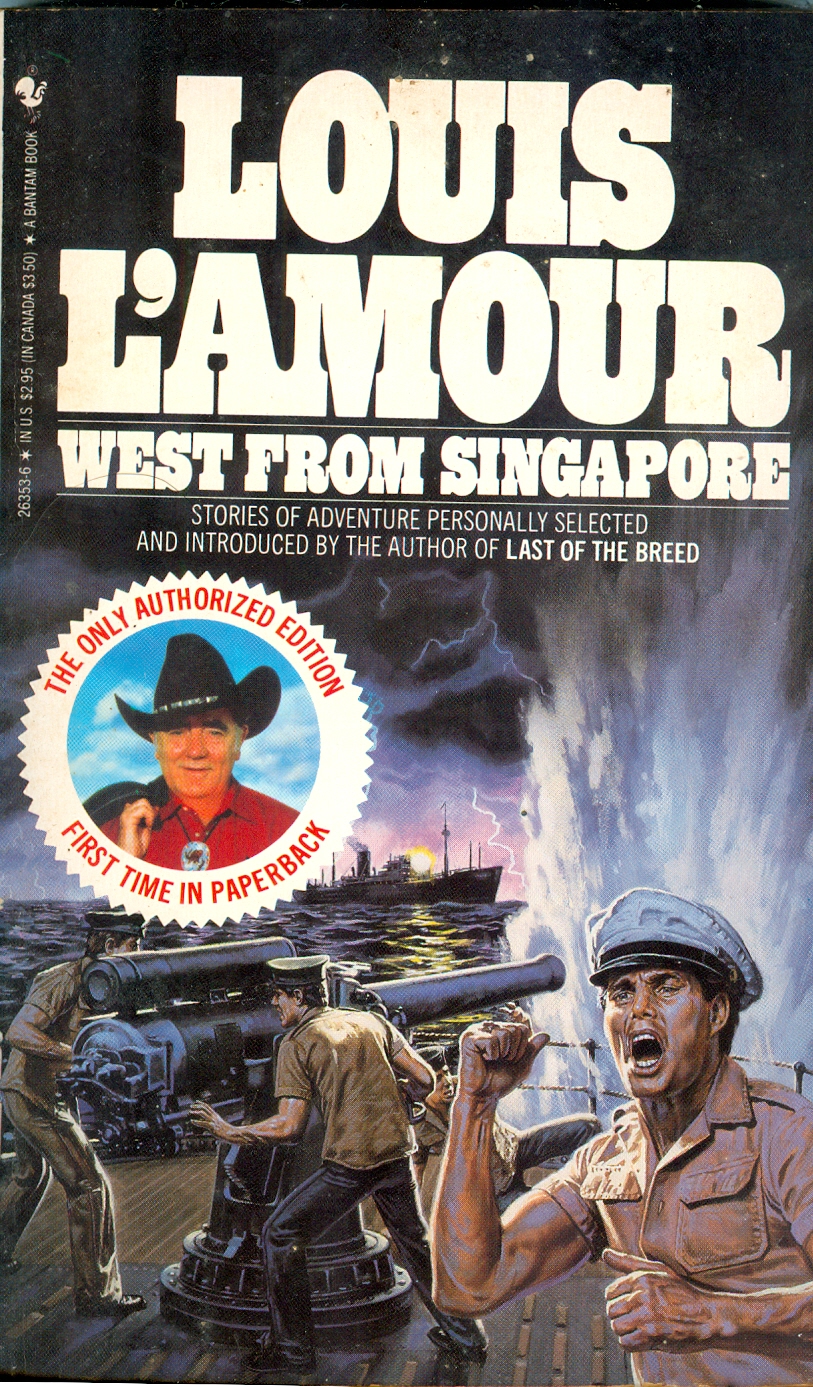 remember buying both Night Over the Solomons and West From Singapore from spinner racks at the mini-mart up the street from my apartment.

L’Amour has been an inspiration. President Ronald Reagan was a big fan. Fantasy writer David Gemmell has mentioned his indebtedness to L’amour.

The Louis L’Amour Companion (Andrews and McMeel, 1992) by Robert Weinberg was needed at least for me to pin-point where the shorter fiction first appeared.

The first edition was a trade paperback, 307 pages, that sold for $12.95. A mass market paperback edition from Bantam was released May 1, 1994. And that is still available on Amazon!

Part 1: His Life and Times

Louis L’Amour: Man of the West by Harold Keith

Louis L’Amour – The Man Behind the Myth

In Profile: Tracking Down Louis L’Amour by Jean Mead

A Visit with Louis L’amour by Jon Tuska

Lunch with Louis ‘n’ Me: A Few Casuals by Way of Reminiscence by Harlan Ellison

L’Amour Receives the Medal of Freedom

Part 2: Before the Novels

“The Chap Worth While” by Louis L’Amour

“Poetry and Propaganda” by Louis L’Amour

“A Thread of Realism” by Louis L’Amour

An Excerpt from “The Blank Page” by Kenneth Fowler

Louis L’Amour on the Pulps– An Interview by Lawrence Davidson. Richard Lupoff, and Richard Wolinsky

“Anything for a Pal” by Louis L’Amour

The Best-Selling Western Author of All Time

The Novels of Louis L’Amour– The Fifties: An Annotated Checklist

Louis L’Amour on His Hopalong Cassidy novels by Jon Tuska

Hondo Land and Louis L’amour by Scott A. Cupp

The Twenty-Five Best Western Novels of All Time

The Novels of Louis L’Amour – The Sixties: An Annotated Checklist

An Open Letter to the Old Bookaroos by Louis L’Amour

The Novels of Louis L’Amour – The Seventies: An Annotated Checklist

Louis L’Amour by Barbara A. Bannon

The Novels of Louis L’Amour – The Eighties: An Annotated Checklist

Louis L’Amour on The Walking Drum – An Interview by Lawrence Davidson, Richard Lupoff, and Richard Wolinsky

From Fiction into Film by Jim Hitt

L’Amour on Film: A Checklist of His Movies and Television Adaptations by Hal Hall and Robert Weinberg

So The Louis L’Amour Companion hits all the right buttons with interviews, biography, bibliography, and even a few works by L’Amour. This is the only  mass-market paperback bio-bibliography that I can think of. 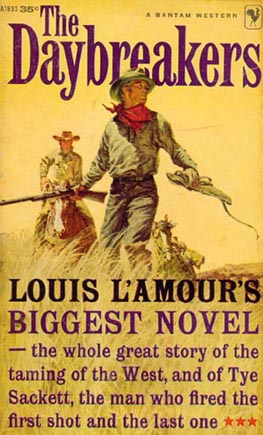