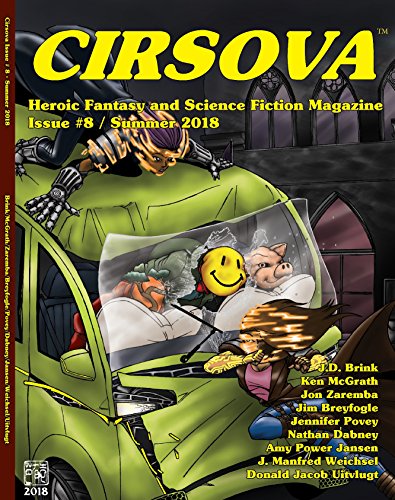 High atop rock spires, above the breeze from the Devil’s Arse, men toil to collect the valuable guano of the Minix bird for Royal Dye! With their industry threatened by distillers at dizzying heights, the dyers hire Mangos and Kat to bust a few heads.

“Politics is not Sword & Sorcery.”

That’s a bit of editorial advice from the 1970s renaissance of sword and sorcery. Certainly, there is wisdom to the statement. Sword and sorcery has been one of the most blatant and proud forms of escapism, and straight-from-the-headlines preaching has little place in untamed antiquity. Yet not all tests that the sword-strapped hero must overcome are simple feats of combat. Endurance, strength, and skill are all tested in the pages of sword and sorcery’s classics. Perhaps most satisfying is the clash of wits, where a hero’s cunning must match the strength of his arm. And there are few places more vicious in a test of wits than being thrust into the role of Solomon between feuding neighbors.

Jim Breyfogle’s “Brandy and Dye”. published in the Summer 2018 issue of Cirsova, thrusts the Mongoose and the Meerkat into walking a tight-rope (figuratively and literally) between two ornery neighbors threatening each other’s livelihood. Mangos is the Mongoose, a skilled, boastful, and hotheaded swordsman, while Kat is the Meerkat, a beautiful yet mysterious woman who favors the oblique approach to her well-chosen blade. And what seemed to be a simple job of providing muscle quickly grows more complicated.

Royal Dye is made from guano, and Imperial brandy, from the fruits that guano nourishes. The more of one product that is made, the less of the other can be. But a raid on the distiller’s camp soon ends in a stand-off high over a mountain fissure. Kat and Mangos quickly learn that their employer has kept much from them about the job. The dyers have ramped up production to where neither business can thrive, and have fueled the feud in the name of greed. The brandymen have guided the conflict into a tolerable stalemate where both sides can eek out a profit, but not the windfall the dyers seek.

But a job is a job, and Kat and Mangos have killed the wrong men, so the way back becomes a high elevation chase across rickety bridges, switchbacks, and double-crosses. In true Mongoose and Meerkat fashion, Mangos’s rash action and the ever-observant Kat finally manage to settle this mountain dispute to everyone’s satisfaction. Although some will be more satisfied than others.

There is a slight hint of a morality tale here, where the greedy end up with the lesser part, but it is not preachy. More a demonstration of the blindness that greed causes, but without the sermonizing that fills contemporary fantasy. Entertainment is the greater aim. And while the good may triumph, the mercenary earn their pay dodging swords and arrows while suspended over deep ravines in a classic action set piece.

This is where the potential of Mongoose and Meerkat truly becomes evident. Jim Breyfogle continues to tease out the mysteries behind each character, with “Brandy and Dye” hinting that Kat has a strange enchantment where all recognize her beauty, but none dare think lustful of her. (Mangos will have his turn in the revelatory spotlight soon). The prose begins to match the complexity of the stories instead of being thin for adventure. And the adventure itself begins to rely on misdirection and twists instead of the old straight track to the conclusion, and becomes reminiscent of the Argosy‘s adventure.

As a result, “Brandy and Dye” is as satisfying in the twists and turns of intrigue as it is in its action. And it is such a joy to see Mangos and Kat hit their stride as characters. Fortunately, Cirsova has more adventures of Mongoose and Meerkat waiting to be published. And for those who are catching up, a soon-to-be released collection of the first five stories available to pre-order. The Mongoose and Meerkat Kickstarter is currently open, with ebooks, paperbacks, hardcovers, and signed artwork available until May 1, 2020. 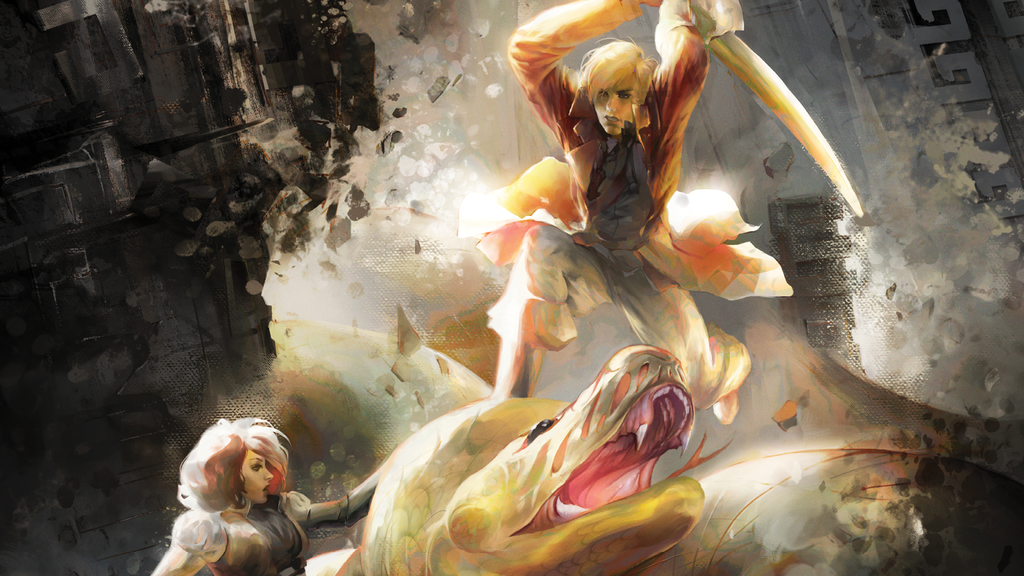