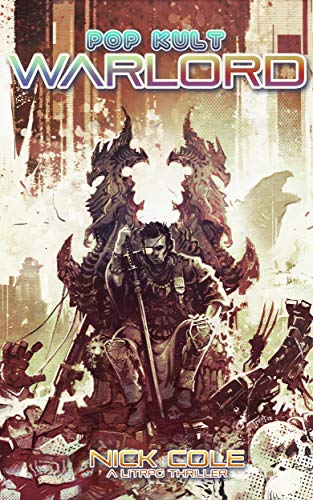 Castalia House is extremely proud to announce the publication of POP KULT WARLORD, the second book in the Soda Pop Soldier series, by one of the best-selling authors in science fiction, Nick Cole!

PerfectQuestion is back! Running and gunning his way across an incredible civilization-building game set on Mars. But this time he’s working as a hired online ringer for a corrupt dictatorship and trying to keep from getting “disappeared” in a reckless world of intrigue, epic parties, luxurious meals, fast sports cars, and women who are as dangerous as they are beautiful.

From the reviews of SODA POP SOLDIER, available in Kindle, KU, and paperback editions from Castalia House: