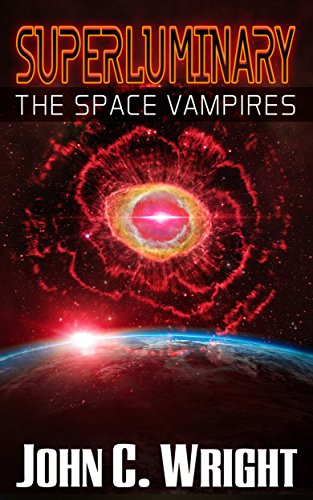 SUPERLUMINARY is the latest and most outrageous creation of science fiction grandmaster John C. Wright, the Dragon-award winning author of THE UNWITHERING REALM, THE GOLDEN AGE, MOTH & COBWEB, and AWAKE IN THE NIGHT LAND. THE SPACE VAMPIRES is the second book in the series.

SUPERLUMINARY is arguably John C. Wright’s darkest, most mind-boggling work to date. It’s spectacular space opera on the very grandest scale, so grand that no description can possibly do it justice. It simply has to be read in order to be believed. No one writing in science fiction today thinks bigger or does it better.

From the reviews of Superluminary: The Lords of Creation: