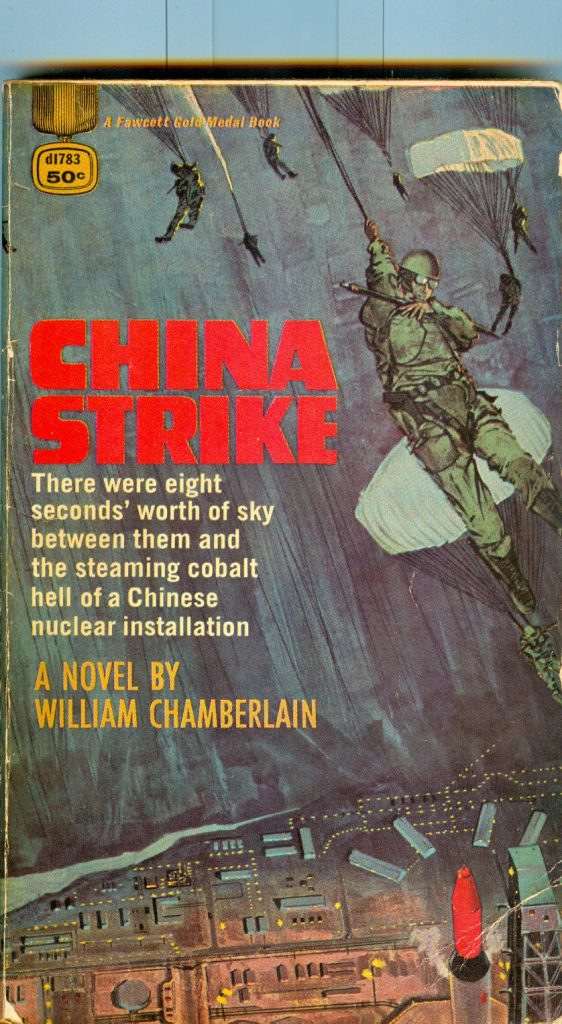 Remember the Cold War? The potential for missile exchange with nuclear bomb tipped ICBMs, the Soviet Army blasting its way through the Fulda Gap, a dozen brush wars in the Third World? There was a time when the greater perceived threat was from People’s Republic of China and not the Soviet Union.  The Cultural Revolution was on and going to be exported. Mao’s view of revolution was more in line with Trotsky’s original vision for class war.

The Chi-coms were supplying much of the small arms to insurgencies in South-East Asia and Africa. That SKS rifle wielded by a guerrilla was more likely manufactured in the PRC than the USSR.

There is a movie from the 60s, Battle Beneath the Earth from 1967 that has the Chi-coms as the main threat. It captures the angst of the period.

William Chamberlain’s China Strike is a Gold Medal paperback from 1967. It starts with a scene at the U.N. with a general of the new Zulu Republic making an ultimatum that Africa be handed over the Zulu Republic. He has notoriety for leading an armored thrust into Rhodesia capturing the capital. The idea of an African army engaging in blitzkrieg seems quaint after 53 years. The only armored clash I can think of is the Ogaden War between Ethiopia and Somalia 1977-78. The Ethiopians were able to win using 300 tanks, 24,000 Cuban troops, and 1,500 Soviet advisors, all commanded by a Soviet general. Light infantry warfare and some pick-up trucks with mounted weaponry is more the norm.

Cecil Dingaan of the Zulu Republic’s ultimatum is backed up that the Chi-coms are going to supply him with new cobalt nuclear bombs. They are very dirty with the threat of radioactive cobalt all over the place.

The next chapter has a spy for the Americans at a secret Chinese base in Sinkiang in the Tarim Basin. He is preparing his escape as the project is about to go live. The project director summons him accusing him of being a spy. A well place hit to the nose kills the director and our spy makes his escape with a Mongol caravan to Kabul, Afghanistan. He alerts the CIA that the Chinese are about to produce cobalt bombs and use them on the U.S.

It is now a race against time to shut down the nuclear bomb manufacturing plant. Enter Col. Frank Starr, former commander of an elite new strike force with experimental weapons. He is sent to the West Indian Island where his battalion has gone to seed under a new and alcoholic commander. He assumes command and gets the troops in shape and their new gear back from Ft. Benning. Their plan- drop into the Tarim Basin and blow up the facility.

There is some spy intrigue going on including various Americans in the pay of the Chinese. Talk about prescient.

The novel then becomes a cross between Heinlein’s Starship Troopers and the movie version of You Only Live Twice in the part with the assault on Blofeld’s command center. The assault troops have hovercraft that shoot poison needles. I don’t think the Geneva Convention would approve. They make a drop from the cargo planes over the plant and proceed to shoot everything up. One company takes the nuclear facility for demolition while another company assaults a near-by airfield and hold it for evacuation.

The book is 191 pages and moved right along. William Chamberlain (1903-1966) was in the U.S. Army as an artillery officer, retiring in 1946. He wrote for the pulp magazines on the side. Some of his fiction from The Saturday Evening Post was collected as Combat Stories of WWII and Korea (Hellbent for Glory in paperback). He wrote another Communist plot against America novel, Red January for Paperback Library in 1964 that is in the to be read stack. Chamberlain also wrote some well-regarded westerns about the U.S. Army in the Indian Wars.

China Strike appears to be the last novel Chamberlain wrote as it came out after his death. 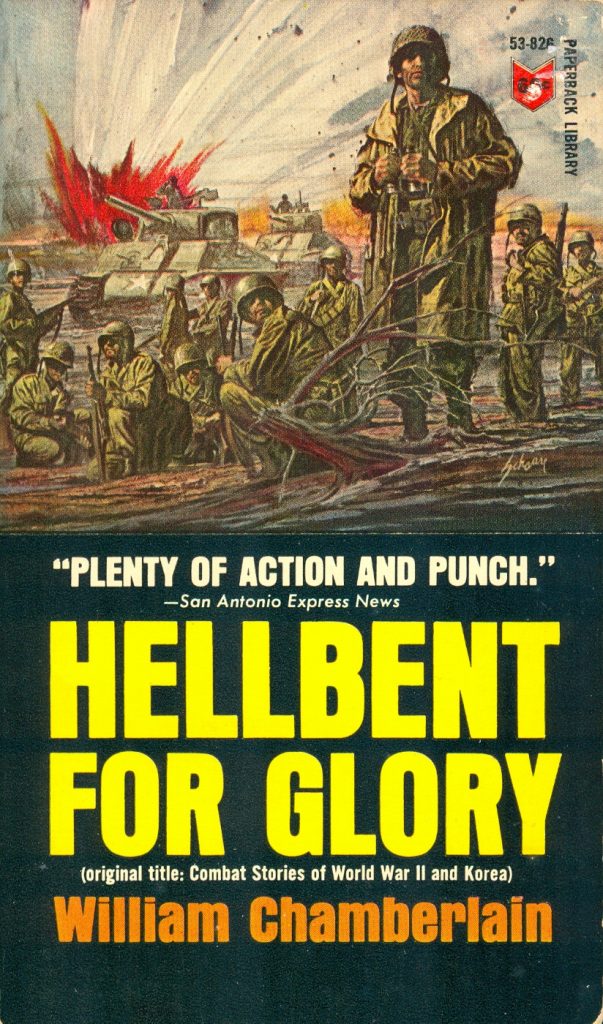