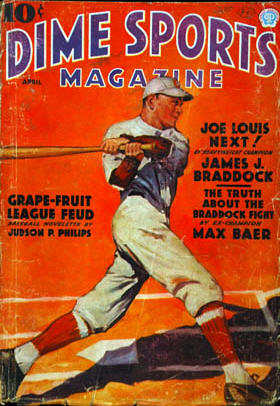 You may have seen the movie Cinderalla Man. It was very enjoyable, Russell Crowe giving his usual high standard of acting. Renee Zellweger returned to the Depression as the wife of fighter James Braddock. 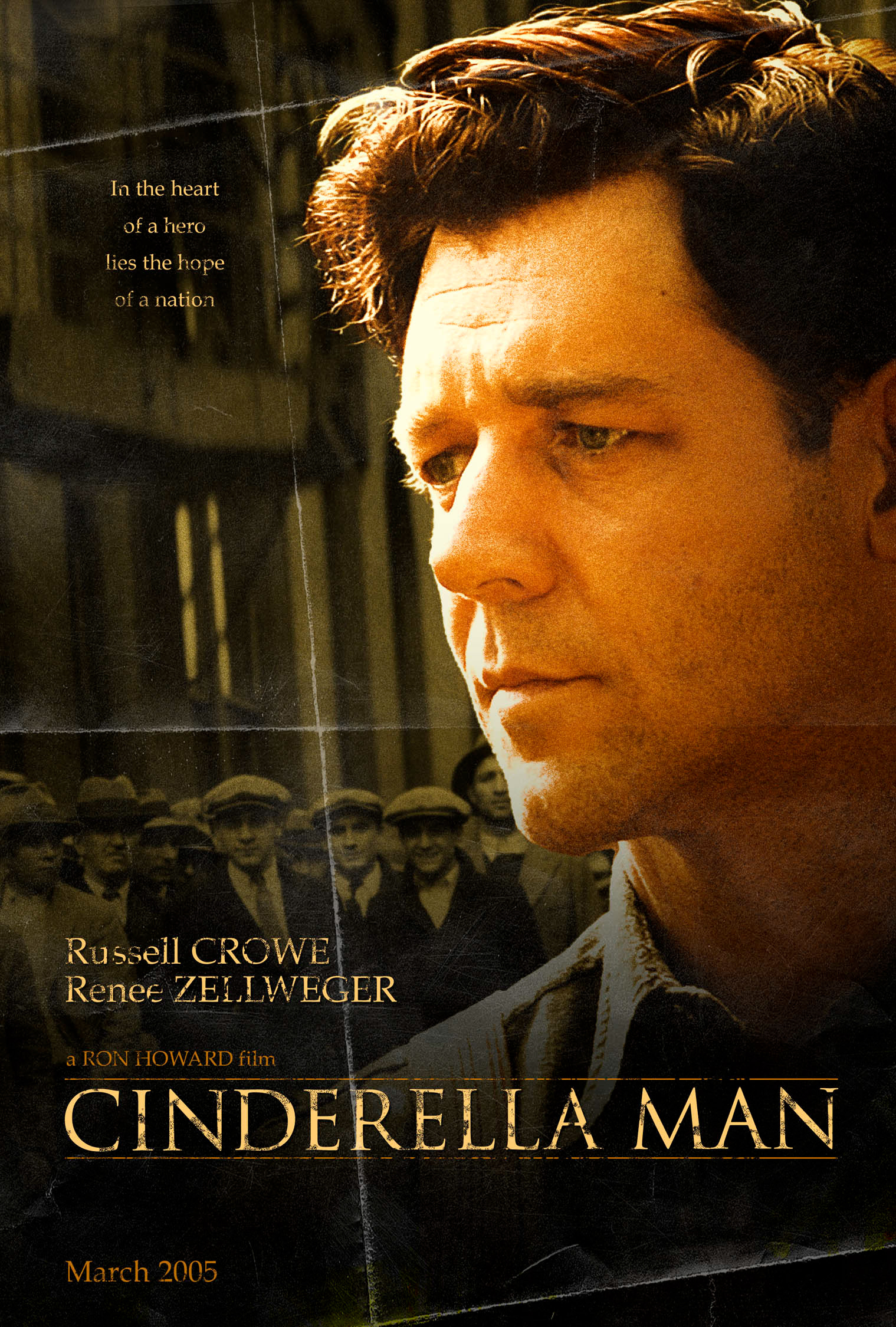 I was going through The Last Celt and noted that Robert E. Howard had one story in an issue of Dime Sports. On a lark, I went to the Fictionmags Index and found to my surprise that the same issue that included Robert E. Howard, coincidently contained interviews with both James Braddock and Max Baer. Baer killed two people in the ring and probably fits what Robert E. Howard called a “man killer.”

At first the story, “Iron-Jaw” did not ring a bell with me. I went to the Howardworks site online and found that was a different title for “Fists of the Desert.” I just don’t remember reading the story from my old Zebra paperback of The Iron Man.   I sat down and read the story and some things struck me. First, this was a hard-boiled story that had the feel of Hammett. I have never read any Jim Tully but assume that Tully’s stories of the ring may have some influence (or possibly none) on this story.   A novelette about an oil field worker, Kirby Karnes, discovered by a sleazy manager. The story starts with Karnes beating the hell out of Spike Sullivan whose “real name sounded nothing like Sullivan.” After dispatching Sullivan, Lyman the manager, tells Karnes that Sullivan can go back to the mines. Sullivan’s real name probably ends in -ski or –vitch. Lyman uses Karnes in low-grade fights and ordered to take a dive. When he doesn’t go down in the appointed round, some mobsters teach him a lesson. Karnes is redeemed by John Reynolds, who loses a leg from a gun accident with Karnes who is seeking revenge against Lynch the mobster. The story ends with a bout for a title and foiling an attempt to fix the fight. The rescue of John Reynolds from the mobsters by Karnes is rushed and could have been worked out better but the story is enjoyable.

Robert E. Howard made the sale through William Kofoed, former editor of Fight Stories, a Fiction House magazine that Howard had sold a number of the Steve Costigan stories. Kofoed had also been editor at Jack Dempsey’s Fight Magazine that also ran three of Howard’s boxing stories. Koefoed had four stories by Howard when Jack Dempsey’s Fight Magazine folded. Kofoed showed these stories to other editors of other sports magazines.

As REH wrote to his agent Otis Adelbert Kline:

Popular Publications published Dime Sports Magazine. It was part of the line of pulps that included Dime Detective, Dime Mystery, Dime Adventure, and Dime Western. Popular Publications had also bought Adventure, a magazine that Robert E. Howard really wanted to break in. Popular was not the greatest paying market but they paid promptly and Popular was one of the major publishers of pulps in the 1930s and 40s. Dime Sports started with the July 1935 issue and lasted for 81 issues until ending in December 1944. Getting into Popular Publication magazines opened up many possibilities for a fictioneer.

The Truth About the Braddock Fight – Max Baer (interview)

The Score Board- Misc Material

Who are the other writers in this issue of Dime Sports?

Judson Philips was in quite a few issues of Dime Sports. He also was a regular in Detective Fiction Weekly. There are a fair number of stories in Argosy in the 1930s including a novel called “Flashing Blades” which sounds interesting. He also wrote under the name of Hugh Pentecost for magazines like Saturday Evening Post and Blue Book.

Terry Turner has only four stories mentioned in the Fictionmags index, all for sports pulps in the middle 1930s. Maxwell Hawkins has twelve stories listed divided equally between detective pulps and sports pulps.

Moran Tudury was a prolific writer of the late 1920s and 1930s. He wrote quite a bit for sports pulps, some westerns, a handful of stories for war pulps, and some entries for adventure oriented pulps like Complete Stories. There are three entries for Lewis Y. Hagy, all for sports pulps.

Harold Cruikshank was a prolific fictioneer starting out with lots of war stories in the late 1920s, then to aviation stories in the early 30s, adventure stories for Top-Notch and Thrilling Adventures in the middle 1930s and then tons of westerns from the late 1930s to the early 50s.

C. B. Colby had a handful of non-fiction items mostly for aviation pulps in the 30s and for Blue Book a decade later.