Classic Traveller: The Empire of Reason

In my last post I was gearing up for a Classic Traveller Campaign by rolling up a Subsector and trusting to the fate of the dice. In that post I defined the basic layout of the Subsector Narzenia and the polities within it. Now, I focus a bit more on the largest political grouping in the Subsector: The Empire of Reason. As empires go, the Empire of Reason is both young and small. Composed of a mere dozen systems, its title is larger than its actual abilities. Nonetheless, its leading cabal does not lack for ambition. But, lets take a step back a bit and look at the characteristics of the systems that make up the Empire and, in particular, the capital Ladfaus. The UPP of Ladfaus is A566865-B. But, if reading UPP codes is new to you, the UPP for each of the Empire’s systems is shown below, as well as the general layout of the subsector. Ladfaus system has both a gas giant and a navel base. Additionally, the planet is one of three agricultural worlds in the Empire and the only rich world. It is the breadbasket of the Empire. Plus, Ladfaus is the only system in the subsector that is two parsecs away from all its neighbors. The place is hard to get to using the commonest jump 1 starships. Ladfaus is expensive to trade with but, Ladfaus uses its riches and its control of the Naval Base in the Mazar system to keep its nearest agricultural rival Huszan bottled up from the rest of the empire — duties on grain passing through Mazar are high. 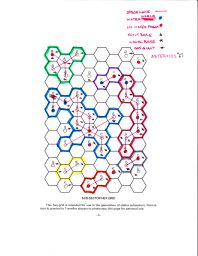 The Empire of Reason are the Blue Outlined Systems

But, looking at its government type for Ladfaus, what’s this? Government type is 6 — which means government leadership is captive to an outside group.What does that mean? My decision is that Ladfaus, along with the other government type 6 systems in The Empire (Gerud and Mazar),  was recently subject to a coup by a shadowy group of psionicists organized through the Psionics Institute. It is this cabal that has rename the more humble Kingdom of Ladfaus to The Empire of Reason. King Aethelred has switched to wearing laurel and has assured the other systems that nothing has changed and, in any case, any changes have been for the better. Every adult citizen has received orders to report to the Institute for testing and every child is to be tested at school for psionics potential. So, far the other systems have accepted this fait accompli but, will they forever?

Well, they won’t have much choice will they? With a population of a hundred million, Ladfaus has only two other rival systems of similar size: Clonalho and Huszan. Both of which are bottled up behind the Naval Base at Mazar. The whole rest of The Empire’s population  make up less than 0.8 percent of those three systems. Control Ladfaus, Clonalho and Huszan and the rest is gravy. And, the Cabal control both King (now emperor) Aethelred and trade through Mazar. Of course something might come by to upset the apple-cart. A party of player characters perhaps? 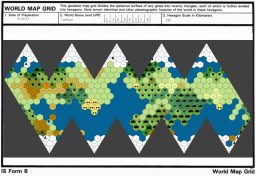