Let’s take a quick look at some of the science fiction and fantasy titles to be published in July. 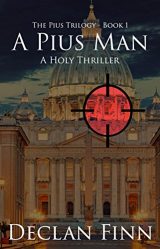 Murder in the Vatican!

As the head of Vatican security, Giovanni Figlia must protect a new, African Pope who courts controversy every other day. The Pope’s latest project is to make Pius XII, “Hitler’s Pope,” a saint. Things haven’t gotten better since the Pope employed American mercenary Sean Ryan.

Then a body fell onto the Vatican doorstep.

Mercenaries, spies, beautiful women, international intrigue and ancient secrets – The Pius Trilogy has it all! 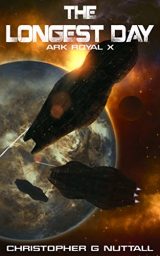 A Stand-Alone Novel Set In The Ark Royal Universe!

The first major alien offensive against Earth has been blunted, winning humanity time to deploy new weapons and prepare new tactics as Earth’s space navies prepare to take the offensive. But the enigmatic aliens have plans of their own – a full-scale attack on Earth that will either win the war in a single stroke or lose it.

The stakes have never been so high. The fate of humanity itself is in the balance. And, as battle rages across the solar system, as humanity finds its back pushed firmly against the war, millions of people – military and civilian – struggle for survival, knowing that victory will come with a very high price …

… And defeat will be the end of everything humanity holds dear. 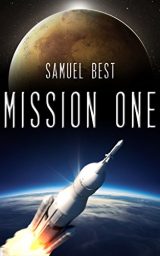 Titan. Sixth moon of Saturn. A gleaming jewel of natural resources, ripe for harvesting by the first private space company to stake a claim.

In 2043, Diamond Aerospace launches a ship with an experimental engine that will get a crew to Titan in four months. Their mission is to lay the groundwork for a permanent orbital research station, one that will be the future base of operations for activity on that distant moon.

Shortly after launch, a devastating malfunction forces the crew to make a choice: continue to Titan, or go back home. As the truth about their mission unravels, one thing is clear: someone on Earth knew about the system flaw and covered it up.

Between the critical situation in space and the corporate politics on Earth, Humanity’s first voyage beyond Mars quickly turns into a relentless struggle for survival.

Yet surviving the journey isn’t the crew’s only concern. Even if they make it to Titan, they will face another problem:

Something is already there.

Out of the Soylent Planet (Starship Grifters #0) – Robert Kroese 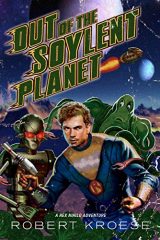 Interstellar con man Rex Nihilo has a price tag on his head. Railroaded into smuggling a shipment of contraband corn to a planet short on food, Rex finds himself on the run from an insidious corporation named Ubiqorp, which reaps obscene profits by keeping planets dependent on shipments of synthetic rations. When Rex and his long-suffering robot companion Sasha are sentenced to work as slave labor on a massive Ubiqorp plantation, they learn the terrible secret behind the corporation’s products. To escape, Rex and Sasha team up with a mis-programmed combat drone and an intelligent mutant plant to lead a rebellion against their merciless corporate overlords.

This edition of Out of the Soylent Planet also contains the story The Chicolini Incident. 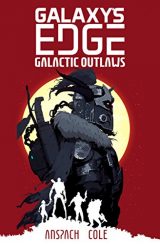 A long, long time from now, at the edge of the galaxy…

Seven years after the battle of Kublar: A young girl searches crime-ridden gutters for an infamous bounty hunter in a quest for revenge. A short jump away, a double-dealing legionnaire-turned-smuggler, in it for the money, navigates a deadly course of Republic lackeys and wanton space pirates.

It’s sleek starfighters, exotic aliens, loyal bots, blasters, scoundrels, heroes and powerful enemies in a thrilling adventure that will take you back to that magic place a from a long time ago…