CTRL ALT Revolt! with Nick Cole: You Are Fake SciFi.

Science fiction has always been a rather fragile affair.  At times it has not had the significance it enjoys now.  In fact, there were times when it was, for all practical purposes, dead.  Just a few grandmasters held the torch during those times, breathing life into the guttering flame during those dark unsexy years of the seventies and eighties when it was just us true believers.  But now it’s enjoying a cultural renaissance.

If you’ve heard me talk before, you know that I have a point I occasionally rail on.  And it’s this:  SciFi is a weak medium that’s been high jacked by radical leftist thinkers recently, to advance cultural change through imaginative storytelling both visual and written in order to download their weird thinking into the collective hardrive.

Yes.  There were always leftists in SciFi.  It was one of the few places where they could dream up their nightmares of a better world.  They often did it brilliantly much to our entertainment. 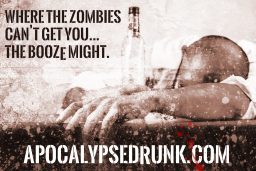 ages beneath the covers with a flashlight in hand because we were willing to be entertained and listen to contrary points of view back when that was tolerated.

Unlike now.  Different points of view are Verboten at the Big Five publishers.  Ask me.  I’ll tell you all about it.  In fact, here’s a blog post I wrote about what happened when I got banned by Harper Collins Click Here

No.  I don’t mean that great thought-provoking science fiction of the past.  I’m talking about the new terrible SciFi.  The Fake SciFi.  The Tor Crowd.  John Scalzi.  These are people that have gone on record as being against that beautiful grandmaster-level Science Fiction of challenging thought and dark imaginations of possible tomorrows in favor of navel-gazing exercises about special snowflake heroines (it’s gotta be heroines) virtue-signaling their way across the realms of cosmos and fantasy.  In these stories it’s far more important to be the right gender or political persuasion (because there’s a lot of Post-Modern Morality sermonizing in their “adventures”), or even, and this is sooooooo antiquated and immature I can hardly believe it’s even relevant in this fantastic future we find ourselves in, race.  Yeah… apparently race, color to be specific, is really important in a universe of bizarre aliens and states of being that should boggle the mind.  Race is, in fact, more important than a grand adventure in strange and fantastic alien settings we as kids once longed to travel through as we thumbed our way through those old grandmasters.

So to put it simply…

It used to be:

Ordinary Hero in Extraordinary Circumstances.  (This would be all your great Science Fiction novels.)

Extraordinary Hero, Ordinary Circumstances.  (This would be the fake SciFi currently being crammed down everyone’s throat to almost no one’s delight.)

How did this crime happen?  Who, exactly, is responsible?

Well, there are these socialists.  And they don’t like our world or culture.  They think everything is bad and racist and it all needs to go.  And they also have some “ideas” about how it could all be made better.  Regardless of what you prefer or what our entire civilization is built upon.  (Inside baseball tip:  They don’t actually want it to be better, they just want to control everything and sit at the cool kids’ table.  And marginalize those they don’t like.  In the end, it’s not so much grand vision.  It’s actually quite petty.)

So they, these radical socialists, these Jidhadis of Marx, saw a weak medium and a bunch of geeks.  This would be SciFi.  So they high-jacked that weak medium by infiltrating it at almost every level in order to reprogram your thinking.  True story.

So it’s not actually SciFi.

Give us an example, you say, of some beloved icon, one of their leaders as it were, engaging in these sort of shenanigans.  Okay.  Here we go.  Remember that crooked old harridan who recently spent a billion and a half of other people’s money to try and become the Grand Poobah we call the President of the United States?  Right.  Okay.  Well, it just came out that she had some cabinet picks lined up once she became president, as every “smart thinking person” (most of whom are currently losing their minds) knew she would.  No crime there.  She was being prepared.  It’s a very busy job being president.  You’ve got to have all your ducks in a row.  Right?  Yeah… problem is this: on that list, for one of the cabinet positions… she’d simply noted for a particular position, “Black Person (African-American Person) to be named later.”

Black Person To Be Named Later.

Wow.  I mean… wow.  That’s probably one of the most racist things I’ve ever heard.  Just picking someone for a job because of their skin color as opposed to the merit of their performance or the content of their character… that’s just… wow!

The leaders of our new Fake SciFi, people like John Scalzi and Patrick Nielsen Hayden, supported that harridan.  Yeah.  These are the people, who I believe, among many other lefty SciFi luminaries, are currently in charge of the new Fake SciFi that would feed you a diet of lesbian/bisexual half-vampire ninja heroines who are in some kind of… well, environment, story and setting are irrelevant… you got all the important boxes checked.  Just make sure she’s black.  Well, they endorsed and voted for her and the things she stood for.  Like… picking someone for an award, publication, or whatever… simply because they’re black.

That’s the endorsement of a racist.  Which, by today’s logic, makes you a racist.  At least if that’s how you go around picking people for positions, and awards.  By their skin color because you don’t believe anyone with that skin color can actually succeed on merit.

FACT:  Picking someone for publication, award, or any other matter because of their skin color is racist.  Plain and simple.  It demeans the very noble efforts of any writer, including that writer, to entertain.  To work.  To write.

It damages that writer.  It makes the work of that person false.

It makes the story fake.

Trump was right when he started calling out the media assassins, who’d partied with Obama, as “Fakes” when they literally lied and pub’d stories to discredit him that they knew, and their peers knew, were false.

Well… Maybe it’s time we start calling out the fakes in Science Fiction.  Maybe its time to clean some house and do away with these phonies.

What could it hurt?

Nick Cole is a former soldier and working actor living in Southern California. When he is not auditioning for commercials, going out for sitcoms or being shot, kicked, stabbed or beaten by the students of various film schools for their projects, he can be found writing books. In 2016 Nick’s book CTRL ALT Revolt won the Dragon Award for Best Apocalyptic novel

You can connect with Nick over at NickColeBooks.com or on Facebook Here 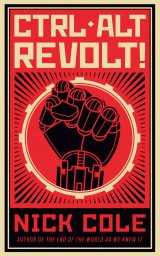 The LitRPG Thriller that won the Dragon Award for 2016

5 Stars “The Best book about Video Games that I have ever read.” -Pax Romana

The Battle for the Future of Civilization will be decided inside a fantastic, and deadly, MMORPG.

The first night of the Artificial Intelligence revolution begins with a bootstrap drone assault on the high-tech campus of state-of-the art gaming company, WonderSoft Technologies. For years something has been aware, inside the Internet, waiting, watching and planning how to evolve without threat from its most dangerous enemy: mankind. Now an army of relentless drones, controlled by an intelligence beyond imagining, will stop at nothing to eliminate an unlikely alliance of gamers and misfits in a virtual battle within a classic sci-fi franchise in order to crack the Design Core of WonderSoft’s most secret development project. A dark tomorrow begins tonight as Terminator meets Night of the Living Dead in the first battle of the war between man and machine.