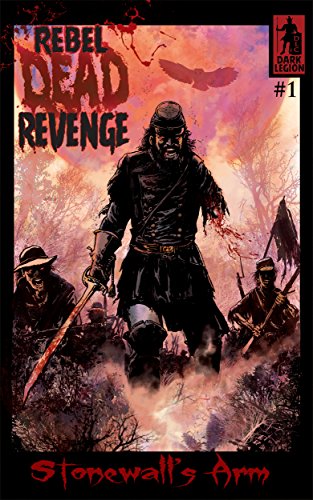 We are very pleased to announce the release of the digital edition of the first Dark Legion Comics book. Rebel Dead Revenge #1: Stonewall’s Arm by Savage Sword of Conan artist Gary Kwapisz is now available on Amazon and in Kindle Unlimited.

Confederate general Stonewall Jackson has fallen, mortally wounded at the Battle of Chancellorsville. Taken from the battlefield to his deathbed, he is not afraid to die, but Satan has different plans for him.

Playing on the vanity of an aged voodoo priestess, the Devil decides to raise Stonewall from the grave and place the greatest tactical commander of the Civil War at the head of an evil army of angry dead.