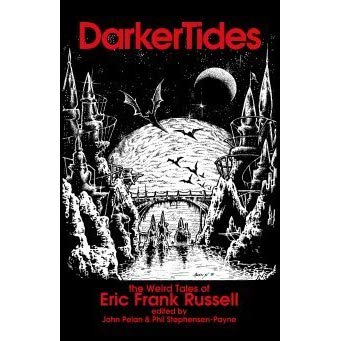 The days are getting shorter, cooler, and the leaves are changing colors. I generally turn to macabre fiction during October through Halloween (my favorite “holiday”).

One collection that I reread portions and finished what I originally did not read is Darker Tides by Eric Frank Russell. I had bought this book as part of four books for reduced price sale from Midnight House. Midnight House was one of the imprints of publisher John Pelan that published 23 titles from 1999 to 2006.

Midnight Press was more horror oriented in product. There was a companion imprint, Darkside Press that was slightly more science fictional in orientation.

Darker Tides is sort of a hybrid collection. Dark Tides was a collection published in the U.K. in 1962 that contained 12 stories. Darker Tides reprints the original stories but added 12 mores stories.

I had started reading Darker Tides about six or seven years ago. For whatever reason, I put it on a bookshelf that contains double rows of books. Then for years, I could not find it. Finally last month, I noticed it shoved out of place. The dust jacket is black with dark red lettering on the spine 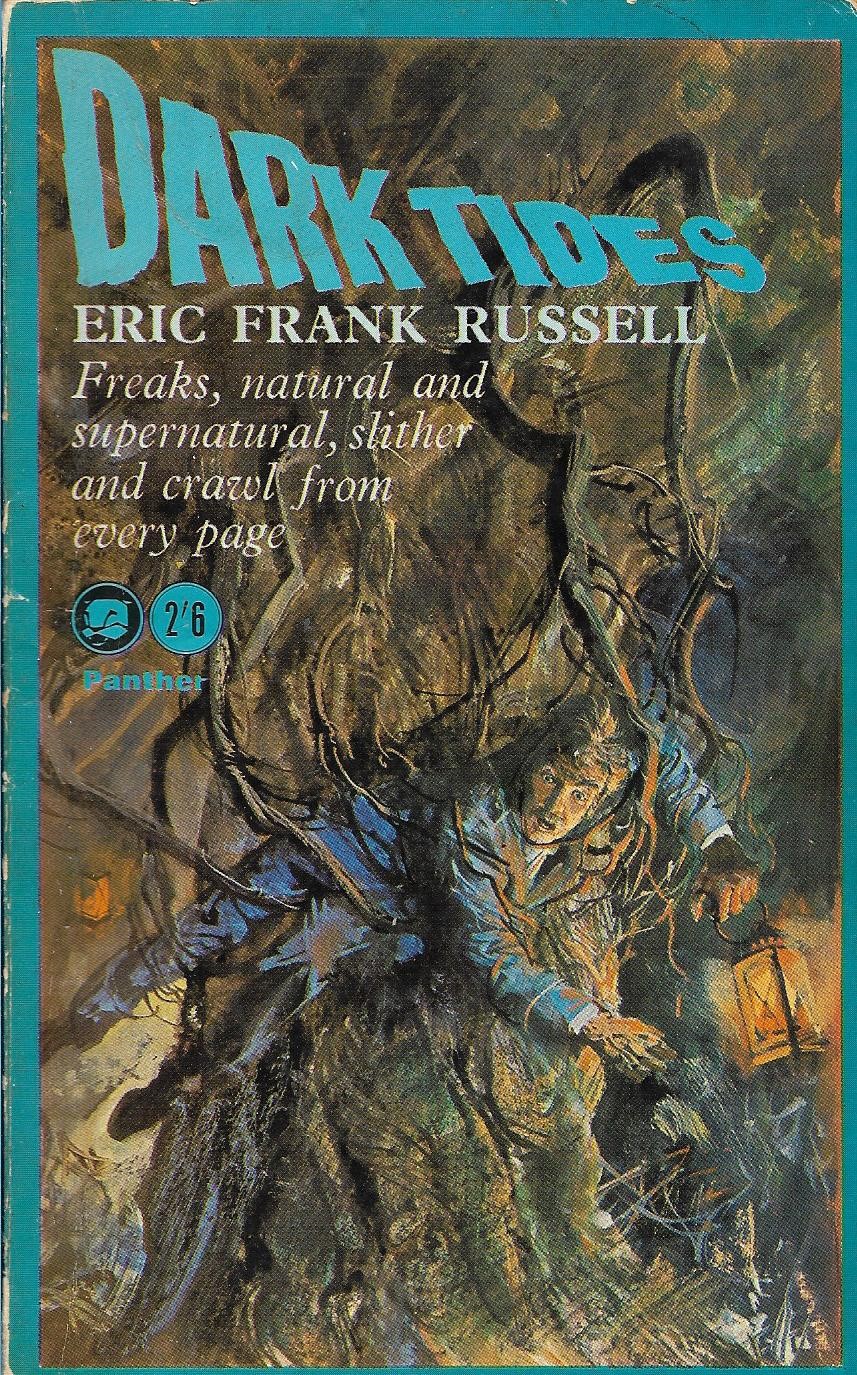 which is why I kept missing it.

I sat down and read the stories that I had not read and then went back and reread all the rest. The reason I bought the book originally is “The Rhythm of the Rats,” originally from Weird Tales, July 1950, blew me away. I think I originally read it in Weird Tales: Seven Decades of Terror.

I normally associate Russell with lighter fare whenever I read his science fiction stories. “The Rhythm of the Rats” was brooding and Gothic with a capital G. He examined the Pied Piper story with an updated setting that was very unsettling and memorable.

Another story that stuck with me is “Displaced Person” (Weird Tales, Sept. 1948). It is a short story of two strangers talking at sunset in the park. I can’t tell much more, or I will spoil it. The story hangs on the last sentence but the build-up is worth it.

Russell had six stories in Weird Tales. “The Ponderer” (Nov. 1948) has a Mexican farmer who finds himself in a bad situation when a portion of mountain in a man shape comes alive.

“Hell’s Bells” (July 1952) originally appeared in Short Stories in 1945 but slightly revised for Weird Tales. It reads like a story meant for Unknown when a tourist in Egypt buys a strange bell ringing gadget. When rung, it summons Alaham who acts like a genie. Hijinx ensues. I am not a fan of this type of fantasy. It does not age well.

“The Sin of Hyacinth Peuch” from Fantastic, Fall 1952 is a strange story of a vampiric plant in Brittany. Russell gives the story a slightly comedic quality to it. I could not help but think how Clark Ashton Smith would have tackled it. 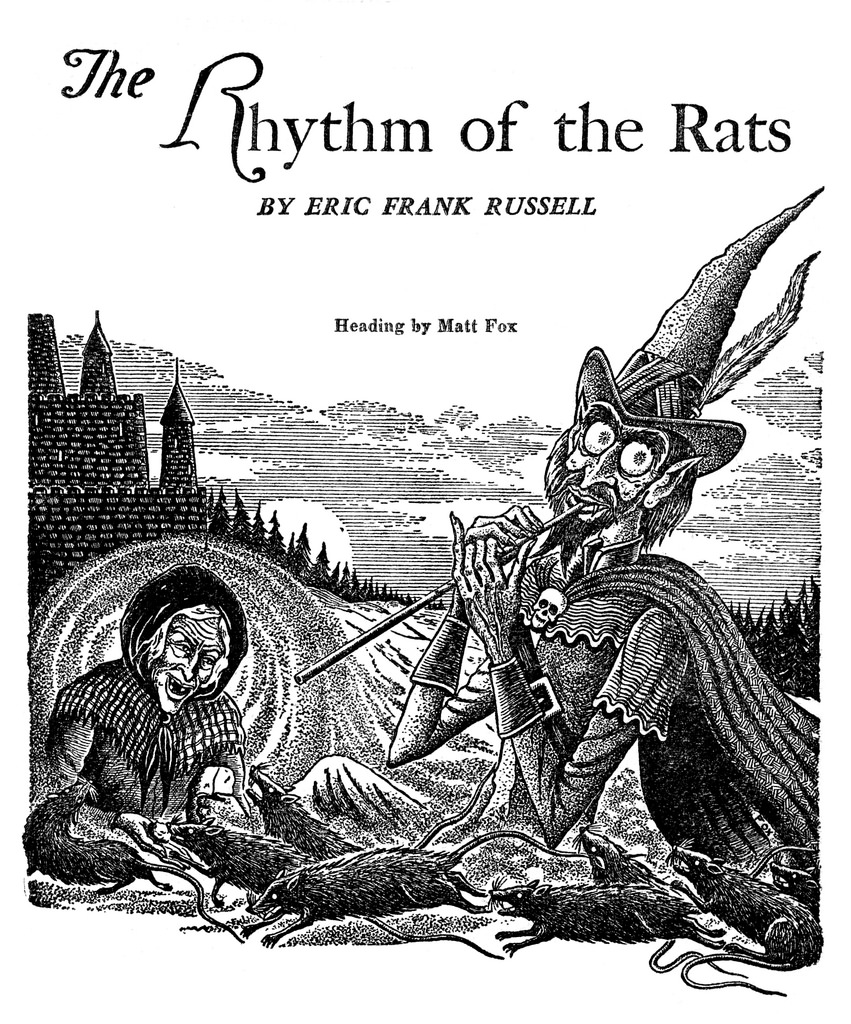 More Unknown type fantasy, this time from Strange Stories in “Me and My Shadow.” A hen pecked, nebbish wimp gets some backbone from a magic potion and a wise cracking shadow who makes him stand up to his wife, boss, and bullies.

“The Big Shot” and “Appointment at Noon” are both memorable stories about death reprinted from Weird Tales and Amazing Stories.

Never make a deal with the Devil when you are drunk as shown in “A Divvil with the Women.”

Some of the stories used to fill out this book are from science fiction magazines including “It’s in the Blood,” “Seat of Oblivion,” and “A Matter of Instinct.”

There is one story with no fantastic element, “Murder Without Motive.” This is a straight crime story originally in Thrilling Detective (Jan. 1938). Seems like every fantastic fictioneer had one western or one detective story in them.

So, if you ever get a chance, track down “Displaced Person” and “The Rhythm of the Rats” by Eric Frank Russell. You will remember both stories years from now. 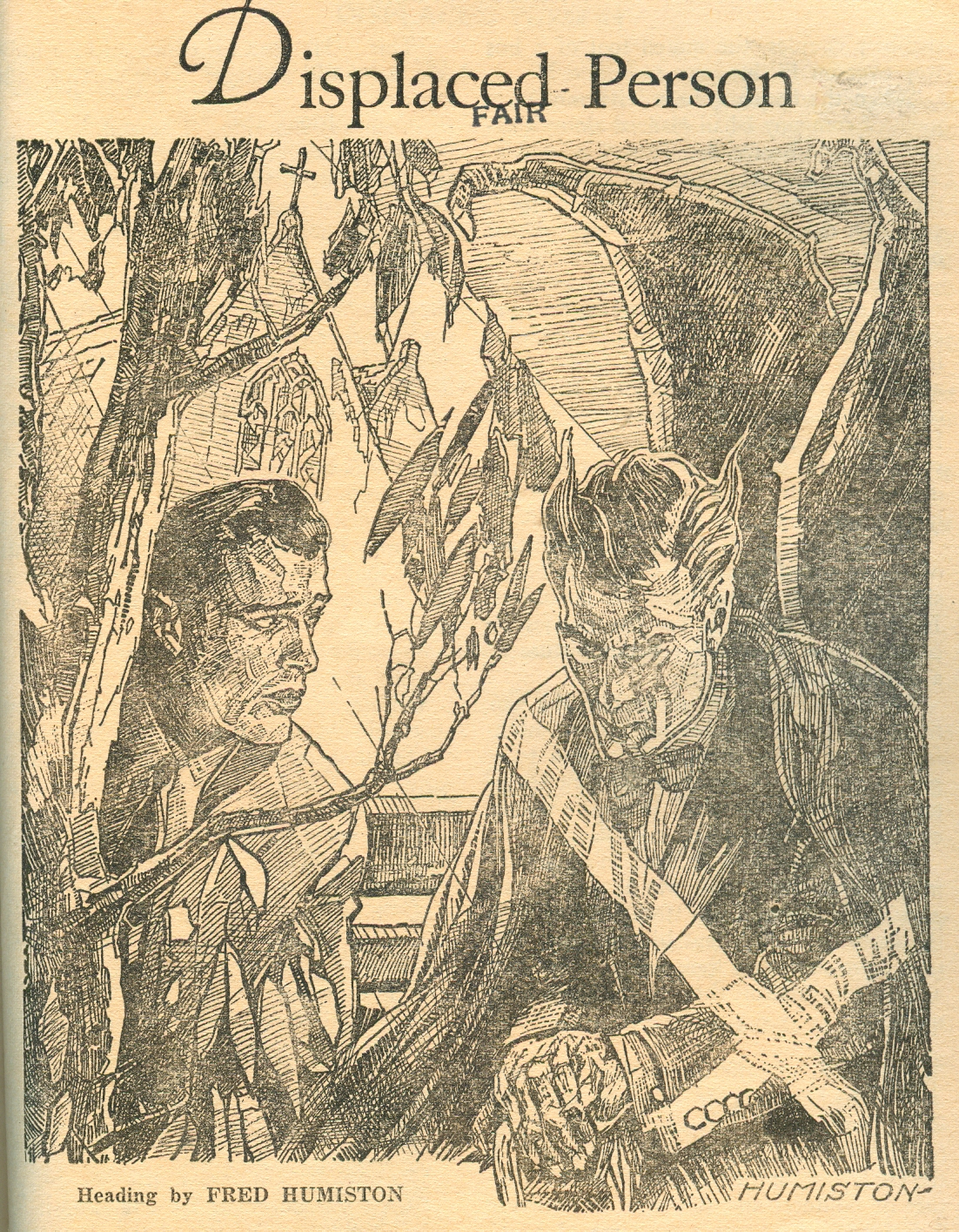