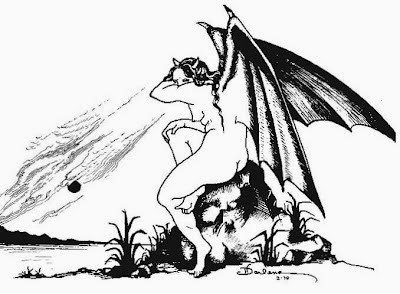 Cecilia D’Anastasio is back with another D&D article that puts the early days of the fantasy role-playing hobby in the worst possible light. Save Versus All Wands has already pointed out some of the inaccuracies it contains, and I won’t go into that aspect of the piece. I’m more concerned with what this article says about women’s role in the hobby if you just took it at face value.

According to this journalist, women’s contributions to the early development of D&D include the following:

In other words, very little in the way of substantial involvement with anything related to actual game design, game play, or game development. Indeed, the majority of the women cited here are presented of being contemptuous of the game and its fanbase, having no interest in playing at all and being wary of anyone that did. For someone that loves games and the history of game design, you really could not paint a more unflattering picture of women’s contributions to the biggest fantasy role-playing game franchise of them all.