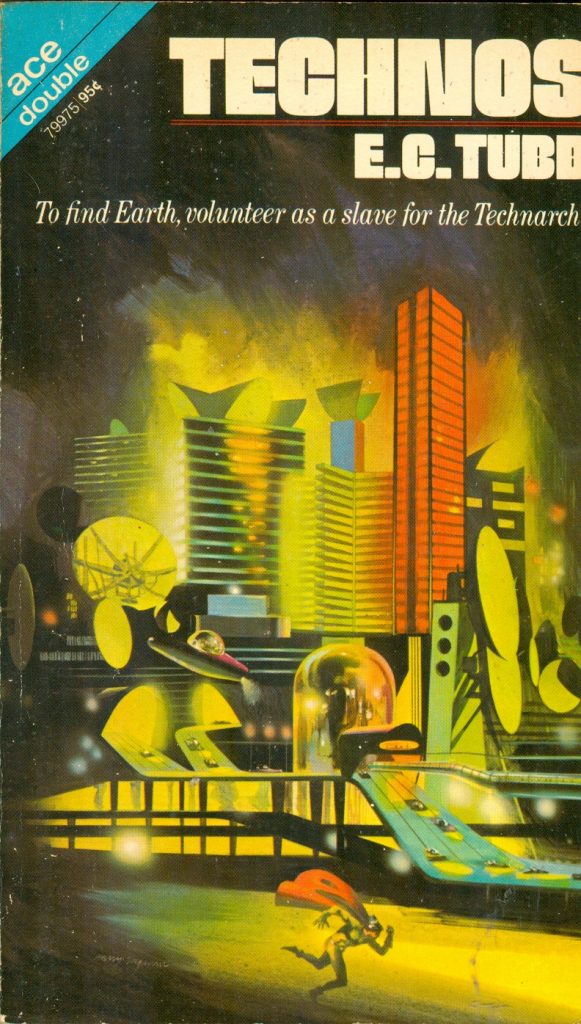 E. C. Tubb’s “Dumarest of Terra” ran for thirty-three novels from 1967 through 1997. Ace Books published the first eight novels. Donald A. Wollheim took the series with him to DAW Books from 1973 through 1985. Wollheim’s daughter, Betsy, appeared to have purged a lot of her father’s favorites in the mid-1980s when she took control of the company. For me, DAW Books died in the mid-80s. I lost interest in what was coming out after Wollheim the Elder’s departure.

Earl Dumarest is a character originally from Earth in the far future. He left Earth at an early age and he is trying to return to his birthplace. The character is tough and laconic. The books are short by today’s standards, probably around 60,000 words. Most years, Tubb would produce two novels. The Dumarest books have a consistency and when I don’t know what to read next, I will grab one. I have been slowly reading the earlier ones as I pick them up. Just about any used bookstore is going to have a couple Dumarest paperbacks in the science fiction section.

Technos is the seventh novel in the series from 1971. Action starts right off with Dumarest coming to the aid of a friend on Clovis. The police have mortally wounded Lemain who Dumarest hides. He promises to take a message to Lemain’s brother on planet Loame. Dumarest arrives on Loame and finds things are not good. A mutated vine is taking over the planet. It is impossible to eradicate it. The planet Technos is probably to blame as it attempts to take over Loame.

Part of the novel is on Loame. Dumarest travels to Technos disguised as a native of Loame sent as forced labor to Technos. Technos is more technologically advanced planet than Laome. It is also extending conquests to other planets. It is a technological totalitarian world. Dumarest finds the ruling council is old and corrupt. They are using body parts of people sent from Loame to extend their life. Dumarest becomes involved in a power struggle and in the end the Technarch’s tyranny is overthrown.

This Dumarest novel actually reminded me a little of Philip K. Dick with the hellish futuristic world. This is a little different than some of the other Dumarest novels I have read. Dumarest is something of an atavism with faster reflexes and strength. He is also cunning. If you like James Bond, Conan, Sam Spade, Parker, you might like Earl Dumarest.

There were two editions in the U.S. of Technos. The first edition was an Ace double with the flip side A Scatter of Stardust, a collection of Tubb short fiction. Ace reprinted the novel solo in 1982 with cover art by Paul Alexander. 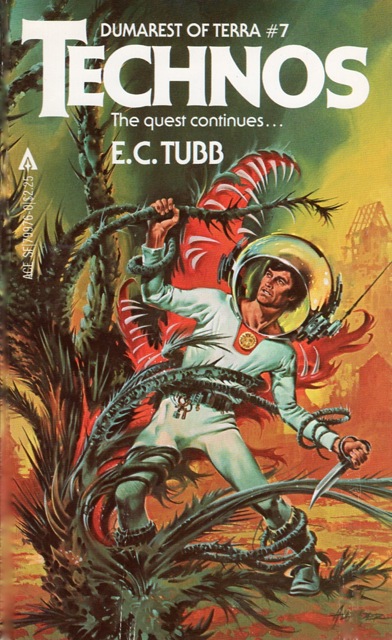