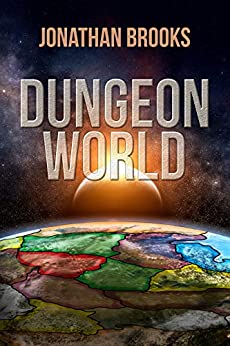 As literary RPGs have demonstrated lasting power in the turbulent mix that is publishing, authors have taken the idea of novelizing immersive gameplay and applied it in new ways. Most litRPGs take up the story of adventurers clearing out dungeons for profit and story progression, describing the adventurers’ growth and skills along the way. But what if the dungeon was the protagonist instead of the adventurers?

It’s an idea that’s been done before in games. Dungeon Keeper, the Dungeons series, and Evil Genius have taken the mechanics of empire building games and crossed them with real-time strategy gameplay to create a tongue-in-cheek genre where evil overlords map out cunning and cruel traps inside dungeon to protect their loot from waves of raiding heroes. But something unusual happened on the way from darkly humorous gaming to popular novels.

The intellect guiding the dungeon’s growth was no longer humorously and sadistically evil. Instead, it became crystallized into an item called a dungeon core; its growth now dependent upon the adventurers braving its depths. Cull too many too quickly, and powerful adventurers will smash the core. But provide a suitable challenge and pick off the careless and the inept, and both the adventurers and the dungeon core prosper. This has resulted in a shift away from satirical evil to what might be the coziest of fantasy genres.

For such a new genre, the formula is already established. A person dies under mysterious and violent circumstances, usually connected to the evil plaguing the world. That person then wakes up as a crystal dungeon core under the tutelage of a fairy assistant. The fairy gives a tutorial of the books mechanics and acts as a sounding board as the dungeon core carves out his dungeon. 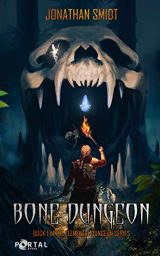 While the formula is common, the dungeon core novels differentiate themselves with different mechanics and themes. One might be made out of bones, another may use an elemental theme, and yet another will choose an Eastern xianxia cultivation approach to monsters, magic, and tombs of not-quite horrors. In this regard, the dungeon core story is similar to the golden age cozy mystery.  The same thing may happen in every book (a dungeon or a murder), but the author presents a new puzzle for the reader to play along with in each.

Focusing on a game with the readers has caused the dungeon core story to develop in similar ways to the cozy mystery. Romance is non-existent in many, and rarely proceeds beyond puppy love when present. Thus dungeon core fantasies offer a distinct alternative to the harem fantasies that share the marketplace. The puzzle of progression leaves little time for such distractions. And the puzzle forces each writer to bring something new and novel to the tale. After all, when the players, the beginning, and the end are known, the only way an author can distinguish himself is through the journey. The coziness is also helped by a more accessibly named set of characters–John, Cal, and Steve rather than Kalladin, Kvothe, and Yyrkoon. 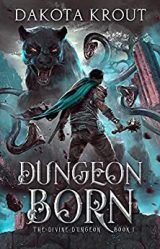 That’s not to say the dungeon core genre is not without its weaknesses. Like most progression fantasy, these stories are exposition-heavy, with many pauses to the action and the intrigue to level up, explain new mechanics, and hollow out new rooms. Most of the stories tend to walk a fine tightrope between exposition and plot, but navel-gazing and plot-derailment does happen. For that, it’s best to skip ahead a couple pages.

The dungeon core is also limited to a single location. After all, a hole in the ground does not move. While this can make for excellent small-stakes and local conflicts, the genre has yet to figure out what to do when the immediate challenges are mastered. Attempts to shift into more conventional epic fantasy plots have been mixed at best, as the dungeon core has to wait for the world-shattering threat to come to it, rather than seek it out. And epic fantasy heroes are driven by the need to address what happens beyond the borders of their sleepy little towns, while dungeon cores must concern themselves with the administration of said towns. While a lot of experimentation is underway, no one’s figured out how to satisfyingly extend a dungeon core story beyond the natural conclusion of its local dominance.

Finally, the dungeon core is a new genre, and while authors are experimenting with tropes, settings, and systems, there are a lot of dead ends. Attempts to shift the idea to new settings and genres, such as outer space, inner space, and science fiction, have yet to take hold. In part, this is because magical mana, as a resource, does not exist in name or kind in these settings. Neither do many of fantasy’s conventions find analogues in other genres. In general, the genre works best the closer it remains to its Dungeon Keeper fantasy roots. That hasn’t stopped authors from branching out, though. 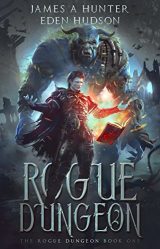 For those willing to brave the genre’s depths, treasures abound. Johnathan Smidt’s Bone Dungeon is the purest version of the dungeon core formula done well. Dakota Krout’s Divine Dungeon series reduces the exposition burden of gamey mechanics by relying on Chinese xianxia magic to fuel his characters’ and dungeons’ growth. Johnathan Brooks’ The Crafter’s Dungeon offers a rare female dungeon core, with different motivations than found with the males. And James Hunter and eden Hudson collaborate on Rogue Dungeon, which solves some of the problems of the genre by returning to its Dungeon Keeper roots.