This week’s roundup of the newest fantasy and adventure releases features an escape from an enchanted library, the return of the South’s most capable general, a Special Forces raid on a North Korean nuclear facility, and a quartet of new epic fantasy series covering a range of settings from the mythological to high fantasy. 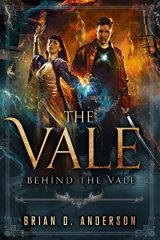 Thousands of years after the war of the ancients, a single bastion of human life survives – The Vale. And at its core the magnificent city of Troi. Here the mana flows from the great power station, bringing light and life to all. It is a beacon of hope in a sick and dying world. But all is not as it appears. Even as the Order of High Mages seeks to cure the land, sinister forces move to gain absolute control over The Vale and its citizens.

Drake Sharazi, disgraced Royal Guard turned bounty hunter, has been exiled from Troi to the surrounding provinces, where resources are limited and starvation is commonplace. It is in this squalor and poverty he believes he shall spend his remaining days. But after years of labor and suffering, he has been given the chance to go home; to return to the life he has longed for since the moment he left his beloved city. But he quickly discovers that the life he desires is built on a foundation of lies.

Now he must choose between what is right and what is easy. But what is right could cost more than he is willing to pay. And to save his home, he might have to destroy it…and all he has ever loved. 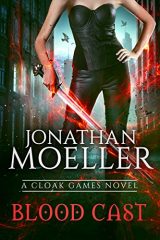 Long ago the ruthless High Queen of the Elves conquered the nations of 21st century Earth. Centuries later, Nadia Moran is a thief and a wizard bound in service to the cruel Elven noble Morvilind, forced to use her skills and her spells to steal treasures for him.

If she does not do Morvilind’s bidding, her brother will die.

In countless adventures, Nadia Moran risked her life to save her brother Russell.

But she didn’t realize that Russell would do the exact same thing for her.

And when the Rebel sorcerers come for them both, Nadia and Russell will have to fight alongside each other, or die together… 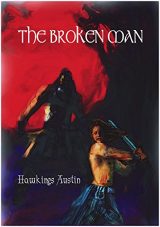 A Shadow Man is stalking the children of Ard, leaving the dead lying in the forest with their eyes black pits.  The people are in a panic, but the investigating Ruad philosophers have no explanation. Seeking someone to blame, the people of the ancient city of Ard demand the head of the most dangerous person in their midst, the giant Waylaid.

Once great among the Fomor—a prince, a sorcerer, a priest, Waylaid has been cast out by his people. He has come to Ard with his Bolg apprentice, Piju, to live quietly and study in Brea’s library. Can he escape the maddened crowd and  find the killer without breaking his vow to give up sorcery?

And has he failed to teach his young and impetuous apprentice the most important lesson of them all, that the price of using sorcery is always too high? 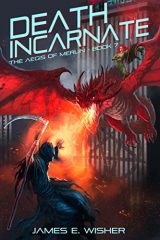 The End is Here.

For centuries the governments of the world have kept the half-elf Morgana locked in a prison where she couldn’t use her magic. Now her fanatical followers are on the verge of setting her free.

Meanwhile, the best hope of defeating her is trapped in an inter-dimensional library unaware of the chaos engulfing the Alliance.

Can Conryu escape the enchanted library in time to save the world and the people he cares about?

Win or lose, nothing will be the same. 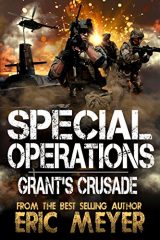 Army Ranger Jack Grant and his unit mount an operation to rob a train inside Pakistan. They find senior Taliban commanders carrying cases stuffed with documents and money. They also contain a clue to a catastrophic new development. A new ally in their perpetual search for bigger, more powerful weapons. An ally prepared to supply them with nuclear devices, weapons with the power to devastate entire American cities. North Korea.

The Rangers have a clandestine mission, to infiltrate the nuclear facility in Sanwon, a few klicks above the 38th Parallel. Destroy the nukes, and get out again. Aided by a beautiful South Korean nuclear scientist, Captain Ri Sung-mi, they will travel to the target by North Korean submarine, courtesy of a group of defectors. A leaking, obsolete Romeo class diesel electric boat unfit to sail on anything more than the local boating lake. Pursued every step of the way, they manage to enter the facility. Shot at, shelled and exposed to massive doses of radiation, they must battle overwhelming odds to carry out their mission. The Rangers know they are on a one way journey, and time is running out fast on what is left of their lives.

These men are Army Rangers, and when their leader, Captain Cash, is disabled, Grant, a natural fighter, keeps them moving forward. They will continue to fight, and never give up. 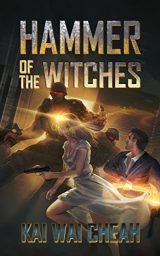 The terror is daimonic. The sorcery is real.

But enough bullets will kill even the most dangerous supernatural operator.

The Hexenhammer underground has aided the operators of the Nemesis Program in their war against the global supernatural terror campaign, but now Hexenhammer is accused of being the terrorist group responsible for carrying out a spectacular massacre in Greece.

Now Luke Landon must decide if Eve and her fellow underground members should be put down or if they have been set up for destruction by a conspiracy so big and powerful that it may have penetrated Nemesis itself.

“This book came out of nowhere. It’s… very different than anything I’ve read. The author has done some amazing world-building, where magic has been introduced to the ancient world, and changed the course of ancient Persia, Greece and Rome, and the modern world follows from there.”–Reader Review 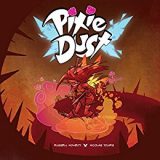 What would you do for revenge?

Akta is the greatest monster hunter in all of King Odgeir’s kingdom. She’s smart, fast…oh and she’s also a pixie, a magical race that can disappear and reappear at will using magical pixie dust.

King Odgeir is obsessed with using Akta’s pixie dust to create a race of super soldiers, but Akta refuses to give it up, so King Odgeir poisons Akta and takes it for himself.

Akta, however, vows revenge and makes a deal with Velaska, the queen of the underworld, so she can return to Earth and seek revenge on the king that killed her. The only problem is that time moves differently on Earth than in Hell, and when she returns to Earth her body has been decomposing for a week. Now, she must kill the king before her body falls apart, or risk spending eternity in Hell. 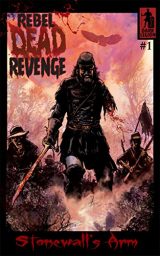 Confederate general Stonewall Jackson has fallen, mortally wounded at the Battle of Chancellorsville. Taken from the battlefield to his deathbed, he is not afraid to die, but Satan has different plans for him. Playing on the vanity of an aged voodoo priestess, the Devil decides to raise Stonewall from the grave and place the greatest tactical commander of the Civil War at the head of an evil army of angry dead.

“Reminds me of the old Crypt Keeper comics. Designed to appeal to an older crowd that remember what comics used to be and could be again.”–Amazon Reader Review 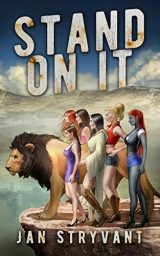 Stand On It (The Valens Legacy #6) – Jan Stryvant

Once again, Sean’s home has been attacked by one of the Councils, only this time they’ve committed what they hoped would be an overwhelming force. While Sean and his family win the fight, Sean has been seriously wounded and taken out of action. For Roxy and the others, saving Sean’s life has become the priority, but there are still things that must be done to secure their victory. Those tasks fall to Sean’s other wives as they pick up where Sean left off.

While the Vestibulum may have lost this last battle, they are be no means giving up on the war. They know that they’ve hurt Sean, so their leaders are hoping that without his leadership, they can launch a new attack and kill him before he has the chance to recover. Word of Sean’s difficulties has also spread to some of his other enemies, who are also keen to try and capitalize on these events.

Thankfully, Sean has allies, and they are moving to try and save his life. But can they get there in time? 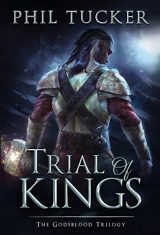 Against all odds, Jarek and Acharsis have succeeded in their mission, and now they reap the whirlwind. With countless assassins and guards on their heels, they have but one hope: make common cause with their ancient enemy, the empire of Magan, before Irella can launch her invasion.

But that hope lies hundreds upon hundreds of miles away, over the Great Chasm, across the eternal Golden Steppe, and past the Demon’s Teeth. And even if they survive the journey, they’ll then have to face their most lethal challenge yet: to convince the immortal lamassu gods of Magan to rise and face the greatest army of the dead ever marshaled. 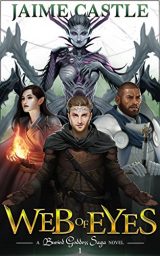 When Whitney Fierstown, the self-proclaimed “World’s Greatest Thief,” is imprisoned for a foolhardy attempt to steal the crown off the dying King’s head, a determined knight of the King’s Shield provides an ultimatum: rot and die in a dank cell or join him on a dangerous expedition to find the Queen’s treasonous brother, a warlock accused of placing a terrible curse on the heir to the throne.

With the Kingdom at its most vulnerable, these two opposites, devout knight and conniving scoundrel, pursue the traitor to the hellish Webbed Woods. If the pair is to thwart their devious target and withstand the horrifying monster lurking in the haunted woods, they must first put aside their differences. 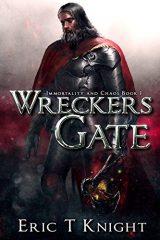 A forgotten prison. A powerful artifact. An epic tale begins.

When Wulf Rome discovers a mysterious, ancient axe hidden in a deep cavern, the powerful artifact wins him a throne – and unlocks a prison. Melekath and his followers have languished beyond memory for eons, but now the feared Guardians again roam the land, sowing disease and destruction.

The enigmatic stranger Lowellin claims to be immortal. He also claims to bear the world’s only hope: sorely needed weapons to be employed in the war against Melekath. When those weapons prove to be dangerous and unpredictable, Rome soon begins to doubt his true motives.

But with apocalypse looming, Melekath must be stopped, no matter the cost… for where immortality goes, chaos follows.