This collection of the past two weeks’ new releases features litRPGs, the weird occult, pulp flash fiction, and the conclusion to an epic saga of family, war, and betrayal. 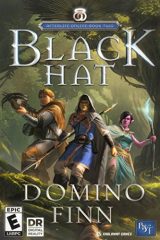 Living in a virtual game world sounds like the ultimate dream. Plenty of action, intrigue, and guess who gets to be the big hero?

But what happens when that digital reality gets flipped on its head? Bad guys are after your sweet loot, your fancy title is loaded with unrealistic expectations, and achieving such a high level comes with a big fat target on your back.

It isn’t long before Talon and company learn that, in an MMO, the daily grind is a literal fact of life.

Something has to give, so when a new crusader faction rolls into town, Talon senses an opportunity. Not just to get out of Dodge, but to navigate unforgiving terrain to the edge of the world where he can make a difference. Have a real impact. Be a real hero.

The catch? An awakened dragon, a city of cutthroats, and a mystical executioner with a sharpened axe to grind. Welcome to the first of a few very long days. 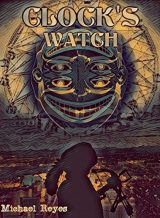 Clock the Chaos Mage. A stranger out of time, hidden in the folds of shadow. He is the guardian of Coney Island’s supernatural borderlands, and the only thing standing between our reality and the demons that thirst to destroy it.

“I think if you like Weird Occult pulp, this sort of thing would be right up your alley—I think that one thing that is strongly to Clock’s benefit is that rather than being a throwback in time, setting stories in the pulp era, Reyes takes the classic weird occult format and places it in the modern day. So rather than pastiche or homage, Clock feels more like a contemporary, new weird* (but not New Weird) occult adventure series.” – P. Alexander of Cirsova Magazine 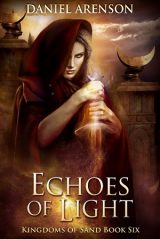 Zohar, an ancient land of sand and splendor, rallies for its last stand. The genocidal Aelarian Empire sends its legions to destroy the small desert kingdom. King Epher and his band of rebels stand against a fire they cannot extinguish. And it is Claudia herself, once Epher’s paramour, who leads the legions tasked with killing him.

Across the sea, in the Empire’s capital, a cruel new emperor has seized power. Atalia Sela, once the leader of a barbarian horde, now fights in the arena as a gladiator. Ofeer Sela, once a concubine and now a rebel, seeks to free her sister. Meanwhile, Seneca and Valentina, the children of fallen dynasties, still battle for the city, and their inevitable clash draws near.

Around the Encircled Sea, warlords, rebels, and legionaries battle for dominance. Sometimes it seems like the fire will always burn. Yet heroes still rise, fighting for a dream of peace, for memories of solace, and for lingering echoes of light. 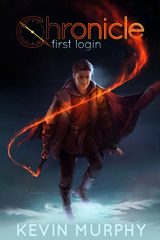 Time in a capsule.

People seek out escapes through countless avenues, but when the product is extra time to live—within an emerging digital world—everyone’s a customer. Game capsules transport players to a new world where time is perceived far more slowly. Why study for eight hours in the real world when you could get it all done in a single hour? Why work slowly? Why relax that way? Following this mentality, Chronicle has become more than a game for governments, businesses, and players alike.

When Corbin Landrick, an unlucky but hardworking guy, finally gets his hands on a ChronPod, he jumps headfirst into his second life. While he struggles to plant both feet firmly on the ground in a world of magic and monsters, he finds out that virtual reality is what you make of it. 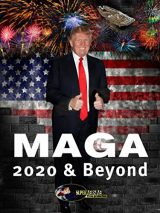 This was the moment we came together to elect Donald J. Trump as President of the United States of America.

MAGA 2020 & Beyond tells the tales of a prosperous future where evil is defeated, the border wall is built, society has righted itself, space exploration is common and world peace has been attained. These aren’t just fantastical stories of a farfetched future, they are stories of a future that can be obtained. 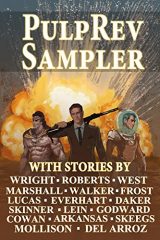 This is a collection of short stories and novel excerpts from writers associated with the PulpRev movement in the latter half of 2017. PulpRev is a literary movement aimed at restoring the spirit of the old pulp adventures, not just the aesthetic, and has roots in the Appendix N and OSR movements.

“In this case, it will be the very large group of people that quietly walked away from fantasy and science fiction because they assumed that for whatever reason, no one would ever write like Robert E. Howard or C. L. Moore did ever again. Slowly but surely, they’re getting the very pleasant surprise that they were mistaken.” – Jeffro Johnson, CastaliaHouse.com 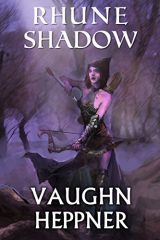 One dark day Elissa’s world collapsed as killers murdered her father the king and opened the city gates to an invading horde serving a mysterious power from the dawn of time.

Elissa was alone, trapped, with a price on her head.

But she had the blood of her mother, a Rhune princess from the Land of Shadows, and she knew the assassin arts of that unique land.

Now it’s time for Elissa to learn a new normal, the way of shadows, as the hunted becomes the hunter and takes matters into her own hands. This time the powers of Darkness have picked the wrong woman. 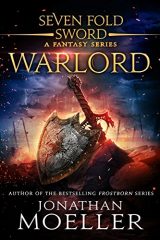 The quest of the Seven Swords has unleashed catastrophic war.

Ridmark Arban is the Shield Knight, the only Swordbearer in the realm of Owyllain. He is allied with the noble King Hektor Pendragon, who fights to reunify the Seven Swords and to end the destructive war they have unleashed.

But the tyrannical King Justin Cyros is marching to war against Hektor, and King Justin knows the secret of the malevolent New God, a secret that will kill everyone in Owyllain.

Starting with Ridmark and his family…