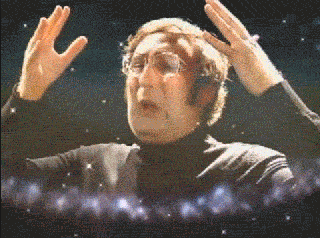 This recent conversation from Twitter is one I’ve seen play out many, many times:

Sarah Edelweiss: Fire Emblem is making me want to reread The Lord of the Rings trilogy. TLotR was the grandfather of the RPG genre.

Kiefer‏: I like to think of it as the father of the entire modern fantasy genre in general! LotR–>DnD–>Warhamner/Warcraft–>Everything!

Kiefer: Interesting? Do you think he denies it on purpose due to their chronological closeness or does his logic check out?

Appendix N Book Club: Some say he denies it due to Tolkien estate lawsuits. The D&D inspirations are clear for all of these authors though

Sarah Edelweiss: I could believe that’s it. Lawsuits or reputation tend to be the cause of denying influence.

You see it, don’t you? People begin with an uniformed view that seems plausible. Then they are shown claims made by Gygax that do not fit with it. Then… without considering any evidence whatsoever, they leap to the conclusion that Gary Gygax was a liar.

I can see why that might feel plausible. And I’m sure it’s nice having a convincing-sounding rationale that fits with your off the cuff reaction. But seriously… you can do better than that.

Of course, evidence alone can’t address this. People can go back and forth citing things Gygax said, things in the rules, and who did what and when for quite a while without coming to agreement. But I think the real issue is that people generally have no idea what D&D was like when it was first created. (They think about what it became in the eighties and later and extrapolate backwards from there, creating a made up origin story to go with it.) Further, they really have no concept of how fantasy and science fiction evolved during the twentieth century, so they bring all kinds of weird assumptions to the table when they try to imagine what it was like for the guys that created fantasy role-playing hobby.

Simply put, fantasy after about 1980 has very little in common with that which came before. And most people making generalizations about the genre have no concept of what things were like before Terry Brooks, Robert Jordan, and George R. R. Martin became synonymous with the field.

Here then is an overview of the literary milieu that D&D emerged from, something a little more detailed than a reduction of it all down to simply “Tolkien”:

So, is this an accurate representation of what happened? 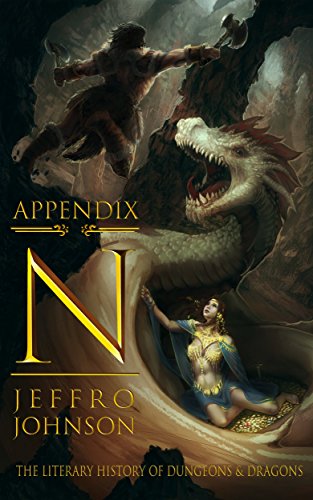 Not at all! In fact, it’s hard to compress the overlapping influences into something linear. If I had to boil it down to something closer to the size of a Tweet, here’s how I would state it:

The key thing to keep in mind is that Tolkien was not synonymous with fantasy when guys like Gary Gygax, Steve Perrin, and Ken St. Andre set themselves to getting the idea of fantasy role-playing games off the ground. There were a whole lot heavy hitters in that scene and people that were really into fantasy would have read them all. Tolkien was just one guy, he was not heavily imitated, and he just wasn’t seen as the gold standard then that he is today. That changed quickly during the seventies– and that change happened concurrently with the explosion of D&D into a full-blown craze.

But the fact that most people can’t imagine fantasy being anything other than the bloated, derivative “Tolkienesque” stuff that we can take for granted today does not mean that Tolkien necessarily carried a great deal of weight with the people that translated fantasy into hobby gaming.

For more on this topic, please see my social media feed… and also my book Appendix N.