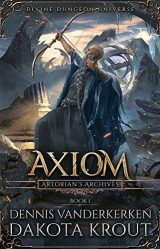 A town put to the sword. The young forcibly recruited. An old man out for revenge.

After his town is put to the sword and the children are taken to replace the fallen, an old man is out for revenge. He’s ready to fail at the most difficult challenge in the world: cultivation.

Too corrupted to even take the first steps, the sly old elder simply agreed with those who told him that it was impossible. Then he quietly ignored them, rubbed his hands together, and started anyway. He had always failed in what he did: he lost his way from the academy, his command was devastated by a Mage, he lost his town, and now his last hopes for the future had been stolen by a group of raiders. The only thing that had never failed him was his sharp mind and philosophy. He would cultivate… no matter what it cost him.

A lifetime of failure can dull and dampen a soul. A reason to live, a goal, can change that in an instant. It is always darkest just before the dawn. 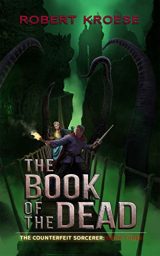 The Book of the Dead (The Counterfeit Sorcerer #3) – Rob Kroese

A hooded man, his face marred by a mysterious black brand, walks the Plain of Savlos. Some say he has the power to summon demons. Others say he is the only one who can vanquish them. His name is Konrad, and he has a secret….

Once an ordinary soldier, his life was forever changed by a fateful meeting with a dying sorcerer. Now he is all that stands between civilization and the creeping evil of the shadow world.

As rival powers fight for control over the land of Orszag, one man holds the power to tip the balance: Konrad the Sorcerer. To save Orszag from destruction and turn the tables on those who have used him as a pawn, Konrad must go deep under the city of Nagyvaros to find an ancient book that holds dangerous secrets. But Konrad learns that the most dangerous secret may be his own…. 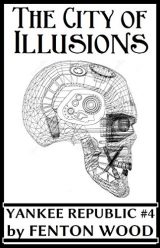 A young radio engineer travels across a mythic landscape, in search of a metal from another universe…

Philo Hergenschmidt battles prehistoric sea monsters, meets the Bear who guards the hub of the universe, journeys into ancestral memories to confront the Ancient Marauder, travels a mythic river in a dugout canoe, crosses the last of all deserts and learns the fate of the Tyrant, befriends a cybernetic teddy bear with strange abilities, escapes from the clutches of the Bone Demon and the Electrical People, and infiltrates a futuristic amusement park in search of the legendary Bullet Train.

THE CITY OF ILLUSIONS is inventive and audacious, a visionary epic full of dreamlike wonders and hair-raising escapes, with a spectacular ending worthy of Jules Verne. 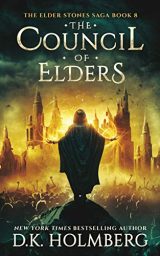 The Shadow Queen begins her attack. Can the Council learn their purpose in time?

The four members of the Council begin to work together as they search for the fifth. Finding that person might be the only way to stop the Shadow Queen. They’ll need all the help they can get, but the remaining Elders have disappeared, leaving only those they’ve chosen to replace them.

As the Shadow Queen’s nearly unstoppable attackers begin to move, the four new members of the Council are all that stand between her gaining the power she’s sought for centuries. Each of them has a role to play, but the game is not what they have thought. Anticipating what she might do requires finding one who knows her mind, but that way opens each to her machinations.

Enemies must put aside differences. Beliefs are shattered. And sacrifices must be made. 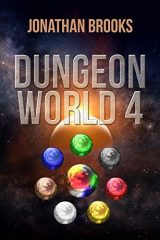 In search for the townspeople of Gatecross and his Core Power Guild, Fred and his friends wind up in the city of Allroads – where they find more than they bargained for. After successfully breaking them all out of prison using his special abilities and creating a small dungeon underneath the city, his activity unfortunately gained the attention of the elemental Dungeon Core factions surrounding the large valley where the city was located.

That’s because the city of Allroads was occupying the middle of what the Cores called a Convergence, an area of intense elemental concentration that produced an extraordinary amount of ambient Mana; those Convergences are protected and off-limits for any dungeons to possess, which was one of the reasons Fred gained the ire of the nearby Cores.

Or, it could be because he destroyed three of their own…

Regardless of the reason, Allroads is under siege, and Fred has to help defend the city from all seven of the elemental factions pressing against his territory border, prepare for potential invaders to his dungeon with the help of his Shards, and potentially figure out a way to save both species (Humans and Dungeon Cores) from extinction. 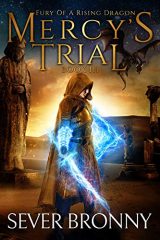 Grasping at a sliver of hope, a group of friends undertake a perilous quest last attempted thousands of years ago . . . a quest to summon dragons.

A ruthless enemy has conquered Augum’s kingdom. Sheltered beneath a protective dome, the Academy of Arcane Arts stands as the sole remaining stronghold.

And Augum and his friends are about to abandon it.

Little does he know escaping will be the easy part, for a harrowing adventure awaits. Along the way, he’ll have to evade an enemy that always seems one step ahead—while dealing with an ally questioning his leadership.

But his greatest challenge?

Learning when to show mercy . . . and when to drive in the sword. 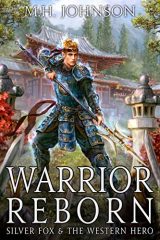 Alex was was willing to do whatever it took to beat the tumors overwhelming his body.

Even if it meant being frozen alive.

And if his cortex got uploaded into a digital universe filled with countless worlds to explore until a cure could be found for his cancer, all the better.

The last thing he expected was to wake up naked and alone in the bowels of an ancient ship filled with raiders carrying enough poison to kill an entire city!

The choices he makes from that moment on will have profound consequences not only for his own fate, but for an entire realm as he faces down bloodthirsty pirates, ruthless cultivators, and fearsome demigods while taking his first steps along a path of power that might one day forge him into a cultivator strong enough to challenge the very heavens themselves! 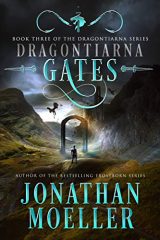 The gates between worlds have been thrown open, and armies of invaders have come forth to threaten the realm of Andomhaim.

Ridmark Arban is the Shield Knight of Andomhaim, and he and all his allies stand in the invaders’ path.

But it will take more than swords & magic to win the victory.

For Ridmark’s foes are led by the Heralds of Ruin, and behind the Heralds is the dark power of the Warden of Urd Morlemoch…