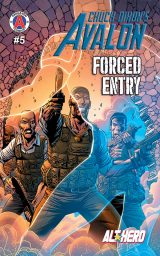 The hunter has become the hunted. As the mysterious vigilante continues to stalk her prey, the crack international superhero team is on her trail and is determined to bring her down before she can accomplish her deadly mission.

But is there another way to find her? What is the connection between the vigilante and the unknown coma patient she was once observed visiting in the hospital? The Avalon police, too, are patiently trying to track her down before she adds to her body count. 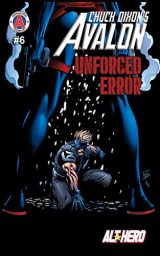 Vengeance is the order of the day in Avalon. But when King Ace and his new team finally manage to track down the murderous vigilante and interrupt her latest hit, he learns that it is a lot easier to take on an unwilling villain than to take her in to face justice. And he also learns a much more difficult lesson about betrayal.

In the meantime, King Ace’s old friend and former not-sidekick has also fallen in with some new friends who do not hesitate to use their superpowers in some very illegal ways and towards some very questionable ends. 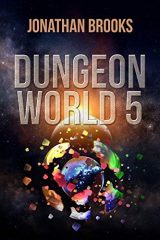 With the help of an unlikely ally, Fred has secretly obtained access to all seven elements for his Core without the Supreme Council of Dungeon Cores’ knowledge; Fire, Water, Nature, Earth, Dark, Light, and Air are now technically at his disposal. However, despite having access to them all, he finds himself behind enemy lines without the use of any but Light and Air due to his temporary Core he had created back in his dungeon. Now, with the assistance of Roady, Ravenne, and Agelstein – three members of the Allroads Government, and Fred’s “bodyguards” – he has to safely make it back to the city before the inevitable deadly response from the local Dungeon Cores at his theft of the Light element kills him.

Trouble is brewing behind the scenes, though, and the Supreme Council is ready to step up their attacks on Fred’s dungeon underneath the city of Allroads. With additional complications preventing Fred from fully utilizing his newly acquired elements, he has to scramble to find a way to not be useless and assist in the defense of his dungeon, his Shards, and all the people in the city above relying on him.

Oh, and on top of that, Fred still needs to figure out a way to save the world… 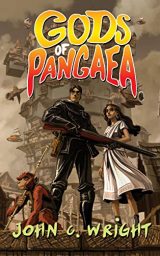 Colonel Preston Lost didn’t think of himself as reckless. He believed in preparation, proper equipment, and patience in stalking the prey. But, in reality, he was not a cautious man. Having followed a spaceship into the black storm clouds above the Bermuda Triangle, he flew through a time portal to the end of days and crash-landed on Pangaea Ultima with few supplies and no way of returning home.

Lost now finds himself embroiled in a battle for dominance of not only the world, but all of time as well, and he is forced to concede that—just perhaps—he is a little reckless after all.

The Eighth Men have come, bringing the Fifth Men and all of their First Man fighting slaves, to conquer Threno, the City of Swift Death, and they have come with overwhelming force. Their dreadnought alone would be sufficient to defeat the entire Corsair Navy, and they have more. Much more.

The only things Lost has going for him are a broken-down machine from countless eons past, a whispered prophecy from an Atlantean girl, and his hope that the Watchers’ will err. It’s not much, but Lost really wants to kiss the girl at the end of the battle, so he’ll have to find a way to make it work! 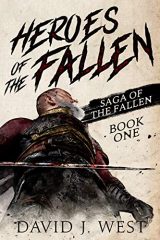 The Golden Age is over. An army of evil is coming. Heroes are in short supply…

It is the last days of the great Nephite nation and their civilization teeters on the brink of devastating war. Their blood-enemies and rival nation, the Lamanites, have sworn their destruction. As the conflict unfolds upon this ancient American landscape, courageous heroes fight to defend their people against ruthless forces of evil. Amaron and his Ten Scouts, Zelph the White Lamanite, and Anathoth the Lamanite general all must face the Gadianton Master Akish-Antum, as he orchestrates the greatest terror the land has ever known.…

In a world at war, who will rise to become the heroes of the fallen? To save the noble few, conspiracies and assassins blades won’t stop the Heroes from leaving a swath of righteous carnage in their wake… 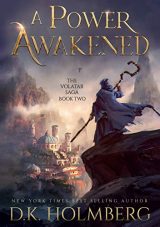 The Great Powers must awaken or all will be lost.

With power restored, and a tenuous balance now formed with his powers, the Volatar’s work is not yet done.

The Jahor have suffered considerable losses, but they now have a place to prepare. With strange attacks targeting his people, the Volatar knows it won’t be long before the Trilan finds them and destroys the Jahor for good.

Hevith leads his people north. Now a wagon master, he must find the place of safety promised to him, but the safety of the north isn’t what he’d been led to believe.

An encounter with the Hith gives Hevith a new target and a new goal. If he fails, not only the people with him will suffer, but all of the Jahor will fall. 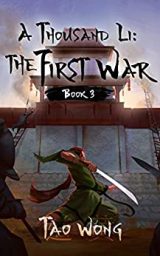 Long Wu Ying never expected to join a Sect or become a real cultivator. His days were spent studying, planting rice on the family farm and spending time with his friends. Fate, however, has different plans for Wu Ying and when the army arrives at his village, he and many other members of the village are conscripted.

Winter has passed, taking with it the hope of peace. The state of Wei deploy an increasing number of cultivators and soldiers, intent on taking over the state of Shen. Caught in-between the armies is Wu Ying’s village and all those that he cares about.

Advised to keep away from the approaching war, Wu Ying will have to decide what is more important – his journey to immortality or the ties to the mortal that he holds onto still. Or perhaps, there is a third way, one that balances both the needs of Heaven and destiny and the karmic ties of the family. 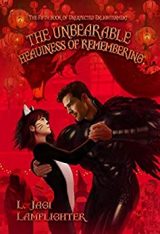 Rachel Griffin Knows a Secret Everyone Else Has Forgotten…

…She has discovered she has an older sister named Amber, who was stolen-away as a baby. Nobody but Rachel remembers her—not even their parents. Rachel is determined to find Amber and restore her to the family. But how?

She doubts it will be as easy as overhearing the name Rumpelstiltskin.

Meanwhile, Rachel has bigger problems. Wild fey have invaded the campus. If they so much as bewitch even one more student, Roanoke Academy will be forced to close its doors. Rachel and her friends must solve this menace before the academy cancels more classes or, worse, the Year of the Dragon Ball!

But she has hope—if she can keep the school open—because, as Rachel’s late grandmother told her, Masquerade balls are a time of wonder… when anything is possible. 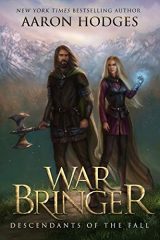 Centuries ago, the world fell.

From the ashes rose a terrible new species—the Tangata. Now they wage war against the kingdoms of man.

And humanity is losing.

Recruited straight from his academy, twenty-year-old Lukys hopes the frontier will make a soldier out of him. But Tangata are massing in the south, and the allied armies are desperate. They will do anything to halt the enemy advance—including sending untrained men and women into battle. Determined to survive, Lukys seeks aid from the only man who seems to care: Romaine, the last warrior of an extinct kingdom.

Meanwhile, the Queen’s Archivist leads an expedition deep beneath the earth. She seeks to uncover the secrets of the Gods. Their magic has been lost to the ages, yet artefacts remain, objects of power that could turn the tide of the war. But salvation is not all that waits beneath the surface. Something else slumbers in the darkness. Something old. Something evil.