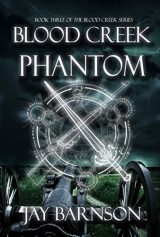 An army of the living and an army of the dead converge on the Crossroads, and the fate of two worlds hangs in the balance.

Sean Williams can see the ghosts of the dead rising in Maple Bend. They can see him, too—including the vengeful spirit of a serial murderer hunting him. To save Maple Bend from the plans of the Man in the White Suit, Sean must put the dead to rest—but doing so may cost him the girl who haunts his dreams.

Beyond the Crossroads, a powerful army approaches, led by the evil daughter of the Man in the White Suit. Jenny Morgan, an inexperienced witch self-exiled to this magical parallel version of West Virginia, stands with the defenders to halt a vastly superior force. But is she truly part of the last line of defense against the darkness, or is she the key to its victory? 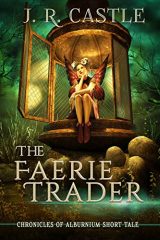 From the World of The Alburnium Chronicles comes another enchanting tale.

Jael Azazel’s friends describe him as a stupid faun with a big heart, but Jael respectfully disagrees. Truth is, he’s simply not been able to catch a break. What he needs is a bit of luck to get back on his hooves.

Then along comes the deal of a lifetime. With the wealth acquired, Jael sees that he will be set for life, be able to hold his head high, and hopefully win Tila’s heart.

But it’s what he doesn’t see that could land him in a world of trouble and shatter all his hopes and dreams. 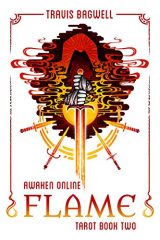 However, that was only the beginning of the Emir’s competition. The next stage will send Finn and his companions deep into the desert north of Lahab in search of a long-lost relic. The magical artifact is said to be held within the Abyss.

Except, this time, he’s not just facing novice mages. Everyone in the region seems to be arrayed against him, god and man alike. Racing against the other two champions, swept into the middle of a conflict between the Emir and those he’s wronged, and at the mercy of a manipulative fire goddess, Finn must battle his way through the Abyss and claim his prize.

Yet he will not stop, and he cannot afford to fail – not with Rachael’s life hanging in the balance.

He will need to embrace his gifts and overcome his past.

Finn will need to become a true prophet of the flame. 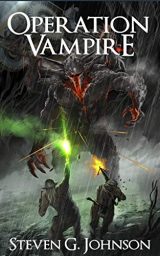 Mick Murphy’s an Irish half-elf from Manhattan. His best buddy, Dave, is a dwarf from Brooklyn. Along with a company of misfits, screwballs and, well, trolls from the pit, they’ll take on anything Austro-Hungaro-Roumania, or even Hell, cares to throw at them.

Assigned to King Company—the reconnaissance company—of the 134th Infantry Regiment in November of 1944, they’re the regimental reserve, the Colonel’s bodyguard, the military police, and general rock-straighteners. But once in a while, when the gremlins stop hexing their Jeeps, they go out and poke around to find out where the Enemy is and what he’s up to.

They’re very good at finding and dealing with all the vampires, werewolves, and sky demons the Enemy can throw at them. Unfortunately, though, behind them are the Big Boys, deep down in a pit of their own, and the War won’t end until G.I.s plant their boots on the Devil’s throne and kick him out.

Working their way up to this biggest of D-Days—the assault on Hell, itself—is going to tax the United States Army to its utmost…but the dogfaces on the Line are one step ahead of the brass, because they’re already halfway to Hell. 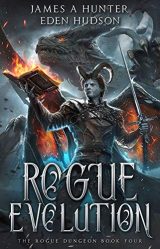 Welcome to the dawn of a whole new kind of monster…

Roark von Graf built a nation on the bodies of griefed players and disgruntled mobs who wanted him dead. He grinded his way up to the level cap of the Troll Evolutionary Path and made powerful underhanded alliances along the way, but even all of that isn’t enough to defeat the Tyrant King’s right-hand mage, Lowen, and the Divine armies of the most powerful dungeon in the game.

When Lowen and the Vault of the Radiant Shield go on the attack, Roark’s only hope of survival lies in the stolen World Stone Pendant and its mysterious transmutation magic. To stand a chance against the overpowered mage, he’ll have to unlock the game-changing cheat that is Mega-Evolutions.

But while Roark and his Troll Nation are entrenched in an all-out battle for survival, the Tyrant King is preparing to unleash his hidden weapon—one that will hit Roark where he’s most vulnerable… 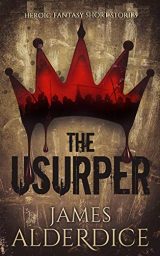 The Fates weave a tapestry of life and death for young Gathelaus the Sellsword. Now an unexpected opportunity presents itself for the famed mercenary, he has but to claim the blood red crown…

But once you wear the crown, how long can you hold it until that power is turned against you? Follow Gathelaus on a journey through a life of magic, action and intrigue; battling gods and monsters across a mystic realm …

The Usurper is an action-packed heroic adventure in the vein of classic pulp fiction and heroic fantasy. If you like Conan the Barbarian, The Witcher and Logen Ninefingers along with vengeful sorcery, savage duels, larger-than-life characters, and witty humor, then you’ll love James Alderdice’s barbaric tale. 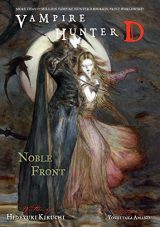 12,090 A.D. It is a dark time for the world. Humanity is just crawling out from under three hundred years of domination by the race of vampires known as the Nobility. The war against the vampires has taken its toll; cities lie in ruin, the countryside is fragmented into small villages and fiefdoms that still struggle against nightly raids by the fallen vampires-and the remnants of their genetically manufactured demons and werewolves.

Every village wants a Hunter-one of the warriors who have pledged their laser guns and their swords to the eradication of the Nobility. But some Hunters are better than others, and some bring their own kind of danger with them…

Out on the Frontier, the killers called the “Nameless” have no wanted posters–because everyone they go after winds up dead. Now D must measure his sword against these grotesque and deadly freaks!

Hired by the mayor of Schwartzen to stop a corrupt political ploy that would sacrifice human lives to appease the local Noble, Grand Duke Bergenzy, the vampire hunter arrives in town to find his client has himself dropped dead under suspicious circumstances. His widow, wanting no more bloodshed, begs D to simply forget the job–but D’s interest in the job is just beginning… 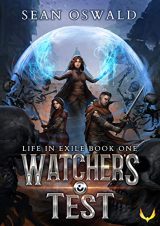 This isn’t a game. This is his new life.

Dave has been wandering through life for a long time. His day job bores him and he never seems to be able to meet his family’s expectations. The only escape he’s ever had is his love of MMORPGs.

But when he becomes the subject of a test without even knowing it, he’s portaled into a game-world called Eloria with no way out. It’s a frequent daydream of his, however, in none of those dreams did his wife and daughter ever accompany him.

Now, Dave must balance protecting his family with exploring his dream… oh, and trying to stay alive. Monstrous beasts roam Eloria, worst of all, an undead army led by the vile Death Knight.

He’ll have to adapt fast and learn to cooperate if he hopes to make a new home for his family. And just maybe, along the way, he’ll find out why they’re living a life in exile.