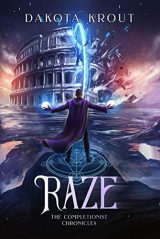 Humanity on the run. Desperate base building. Dark deeds done during daylight.

Joe has started to draw attention to himself and his abilities. While some of the attention is good and allows for personal growth, most of it is from various organizations that feel threatened by the sudden upswing of power that Joe’s guild—The Wanderers—are attaining.

As the threat to earth begins to reach its peak, all of humanity has a choice: flee to Eternium, or stay for an uncertain future. Some stay, some go, some don’t make the choice quickly enough. In Ardania, the human Kingdom is seeing an unprecedented influx of people. Supply and demand is an issue no matter where you go, as a civilization of a few million can’t prepare to accept an eighth of earth’s inhabitants at once.

Joe sets out to solve problems where he can, but he can’t be there for everyone… especially when a group of smiling enforcers are working to bring him down. 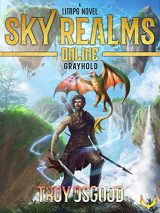 Sky Realms Online is the largest and most popular Virtual Reality MMORPG ever made. Set amongst the mystical, floating islands of Hankarth, it’s played and enjoyed by millions every hour. Until something goes wrong.

Unable to log out, players find themselves reduced to level one, and in the starting zones. They receive a cryptic message from the developers stating that for unknown reasons, they are trapped in the game and may have to live out their lives within the virtual world.

Hall is one of the those trapped in the game. He’s been playing Sky Realms Online as a spear-wielding Skirmisher ever since the beta. And instead of panicking as many do, he decides to make the most of it; to play the game and live his new life, all while quietly hoping the developers will find a fix.

It doesn’t take Hall long to find out that, while some aspects of the game are the same, the difficulty level is beyond anything he’s ever experienced.

Together, with a new party of trapped players and NPCs with canned answers, Hall will find out just how different Sky Realms Online has become, and how playing a game is different from living the game… 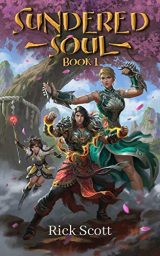 Not all fates are created equal…

Kenji’s only dream in life is to become a great rebirther like his father. But with no talent for the mystic arts, the age-old tradition of cultivating essence by returning things to their newborn state, to grow a second and third time, is far beyond his grasp.

Worse still, he is yet to be rebirthed himself and stands a dullard of a giant among his diminutive peers. Relegated to working the orchards as a common laborer, Kenji settles into a life of lowered expectations; with no chance for advancement and no chance of pursuing the woman he loves.

But when a mystic warrior from a distant land enters his village, pursued by a powerful demon, Kenji discovers a truth about himself that will not only question who he is, but perhaps everything he can become.

With a chance to make his dreams come true, Kenji must choose between following the fate laid out before him…or defying the heavens to forge his own path.

Doing so will mean finding a way to cultivate and fighting powerful enemies to protect the ones he loves, but failure could mean the very fall of the heavens themselves.

Join Kenji as he uncovers the fate of the Sundered Soul… 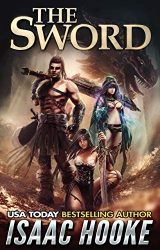 Kaeden is a nomad who lives life on his own terms. He prefers the unbounded steppe over a cramped city, and allegiance to the sword over fealty to a king. When he does make the occasional foray into civilization, it is to procure cold mead, a hot bath, and a good woman. The latter preferably for an hour or less.

Life is great, until his wanderings bring him to a forest inhabited by nightmares. There, trapped beneath those lightless eaves, he is forced to ally with a mysterious woman whose cunning and beauty could prove to be his downfall.

Either way, one thing is certain: if he is to die, then he will do so covered in the blood of his enemies. 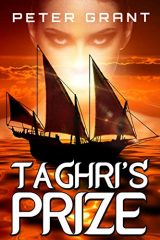 Taghri has left the Sultan’s army to seek his fortune – and he seizes opportunity when it knocks. In the confusion of a pirate raid on a trading caravan, he kills their leader and captures their ship. The vessel is now his prize of war… but some prizes may be more trouble than they’re worth!

Nestled among the gold coins in the captain’s cabin is a stolen Temple sacrificial knife, whose Goddess is now paying close attention – too close! – to its new owner. Among the slaves he’s freed is a princess, formerly being held for ransom, who comes with political and personal intrigues all her own. Even if he survives the attention of both, there’s also a pirate lord out there, hell-bent on avenging the death of his son.

It’s going to take all of Taghri’s skill, experience and cunning to survive winning this prize!

As an inner sect member in the Verdant Green Waters, Long Wu Ying must navigate the customs of the cultivators and choose his secondary occupation. From immortal alchemists, blacksmiths, physicians, martial specialists and more, Wu Ying must find an occupation that defines and contributes to his dao. If that task was not big enough, Wu Ying still has to earn Sect contribution points by taking on dangerous assignments, pay for classes and grasp his true dao.

As Wu Ying stops and takes account of himself and the Sect, he will need to accept his place in this new martial world, put aside his past and strive for the future. 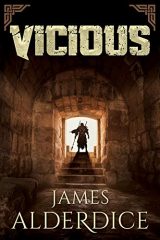 What happens when the hounds think they have run the wolf to his den? No one is more dangerous than a man with nothing to lose.

Warships surround Dyzantium threatening murder, rapine and worse. The only option left the impotent Emperor to avoid the sacking of the great city, is to secretly give away a sacred relic. Enter Gathelaus, a red-handed Sellsword and Niels a paladin and poet, together they are charged with retrieving the holy artifact and escaping the city. What they don’t know is that arcane forces, old as myth, are marshalled against their mission. The old gods of multiple nations war with the New. And Ragnarok is coming. 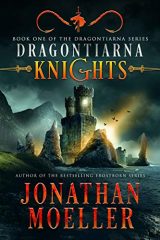 Ridmark Arban has defeated both the mighty Frostborn and the evil of the Seven Swords, and now he only wishes to live quietly with his family.

But Ridmark’s oldest enemy, the Warden of Urd Morlemoch, has not forgotten him.

And the Warden knows a dangerous secret.

For the dragons are returning…