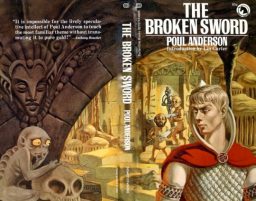 Sword and sorcery paperback art had some minor players, some memorable, some not. One artist who produced some covers including one stone cold classic was George Barr (b. 1937). Barr got his start with the second incarnation of Amra starting in the late 1950s.

He did a few covers for the Celia Goldsmith era Fantastic Stories. His big break came with producing covers for both Ace Books and the Ballantine Adult Fantasy series. He produced the cover for the first paperback (and touched up) version of Poul Anderson’s The Broken Sword. The Broken Sword is #3 on my list of core fantasy novels after Lord of the Rings and Hour of the Dragon.

Clark Ashton Smith enthusiasts that I know agree, that Barr’s cover for Zothique captures the spirit of that cycle 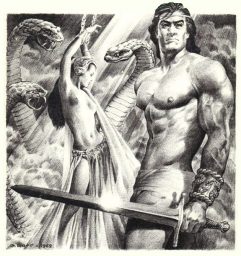 Barr was Donald Wollheim’s #2 artist for fantasy after Jack Gaughan. He did some beautiful covers for Thomas Burnett Swan paperbacks in the 1970s. Swan is sort of an odd duck. He tackled stories that should have been young adult in execution but would put in some adult themes and situations. As a result, he is on that road to obscurity. 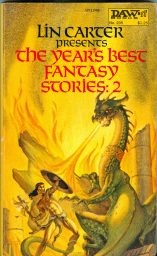 Barr would produce some covers for the Schithers-Schweitzer era of the magazine they called “Weird Tales”.

Barr’s style is lush. He seems to like to use yellow and gold colors. He certainly captures a never land quality of fantasy. His male figures generally have a homo-erotic look to them. He is not in the Frazetta-Jones end of the spectrum but more in the Max Parrish/Hannes Bok area of art.

Jordi Penalva (b. 1927) is one of the wave of Spanish artists in the 1970s who started out in the Warren magazines Creepy, Eerie, and Vampirella. Manuel Sanjulian, Esteban Maroto, Enrich Torres, and Jordi Penalva painted covers for paper 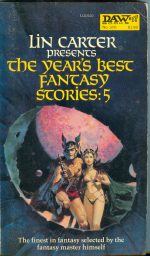 backs in the late 1970s. Ace and D.A.W. Books especially used the Spaniards at this time.

My personal favorite Penavla piece is the cover to The Year’s Best Fantasy Stories: 5 (D.A.W. Books, January 1980). This cover really nails sword and planet and the whole interplanetary spectrum of fantastic adventure fiction. He also did the cover for the Playboy Press paperback edition of Philip Jose Farmer’s infamous Tarzan meets Doc Savage novel, A

Feast Unknown. I also like his cover for the Gordon Dickson collection The Star Road (D.A.W Books, 1980).

Gerald W. Page and Hank Reinhardt’s Heroic Fantasy is in my opinion the finest original sword and sorcery/heroic fantasy anthology ever produced. This is bar that is set. The cover is by Jose Antonio Domingo (1934-2014), another Spaniard. His art was often signed as “Jad.” Jad produced a few covers for D.A.W. Books and the reprints of Roland Green’s “Wandor” series in 1979. His art is nothing to write home about. His art is serviceable for paperback covers. 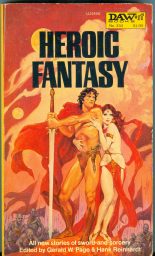 This is some of the flotsam and jetsam encountered in the world of 1970s fantasy paperbacks. 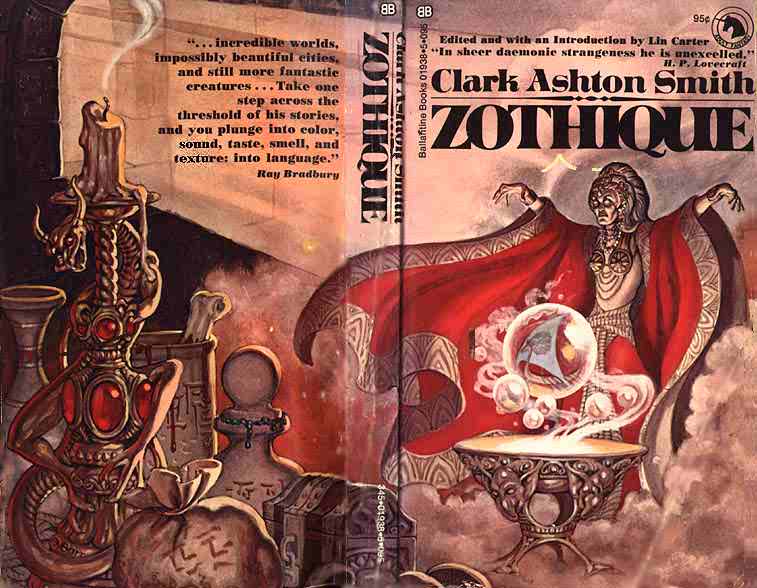