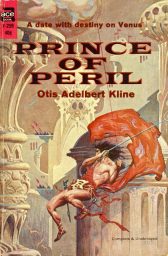 Roy Krenkel (1918-1983) is an artist primarily associated with Edgar Rice Burroughs paperbacks. He attended Burne Hogarth’s classes at the School of Visual Arts. He did work with Al Williamson and Frank Frazetta for EC Comics in the 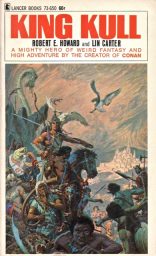 A new chapter opened with Krenkel producing a huge number of illustrations, both cover and interior, for George Schithers’ Amra (Volume II). The cost of tracking down issues of Amra today is worth the price just for the Krenkel art.

His art for Amra might have gotten the notice of Donald Wollheim, editor at Ace Books. Krenkel began producing 22 covers 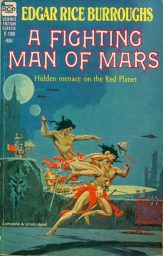 He worked with Frank Frazetta doing layout for some Warren Magazine illustration. There is also the story that Krenkel helped Frazetta with layout on some of the iconic Conan covers for Lancer Books. 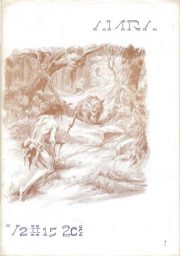 Krenkel himself had the chance to produce a cover for a Robert E. Howard book. A friend of mine (the late Steve Tompkins) said to me that Krenkel’s cover for King Kull (Lancer Books, 1967) epitomized the sword and sorcery genre. Lin Carter had the painting in his house at one time.

L. Sprague de Camp’s The Dragon of the Ishtar Gate is technically an historical adventure but has some elements close enough to fantasy to be reprinted by Lancer Books in 1968 packaged as sword and sorcery. Krenkel painted the cover for this one. 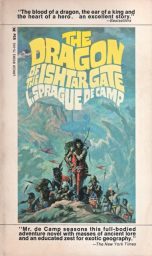 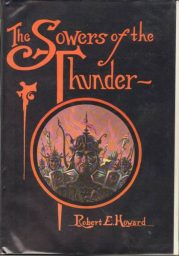 Sowers of the Thunder (1973). Some consider this the best illustrated REH book ever produced. 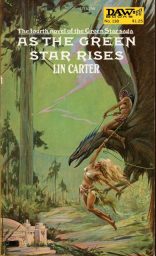 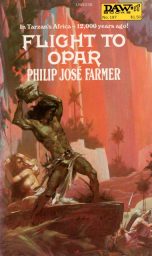 Philip Jose Farmer wrote two novels set in Edgar Rice Burroughs’ Opar set thousands of years ago when Opar was part of a thriving civilization. Krenkel did the covers for the first editions of these entertaining novels.

Krenkel is another artist who failed to make the jump past the 1980 barrier. He died from cancer in early 1983.

His art has a definite retro look that looks back to Joseph Clement Coll and J. Allen St. John. Some of his covers are very dynamic, others are static. He was the master of the spectacle on parade. His characters do tend to have a “Roman” look to them. Perhaps Victor Mature was Roy Krenkel’s ideal man model. Krenkel was the master of ancient cities. No one was better.

There has been some retrospective art books of Roy G. Krenkel. I have Swordsmen and Saurians (1989) in addition to many 1960s Ace paperbacks. 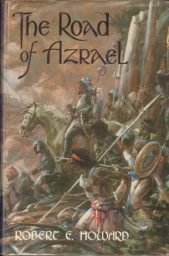 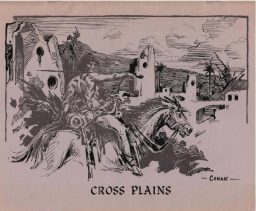