Forgotten Sword and Sorcery Artists: The Worst for Last 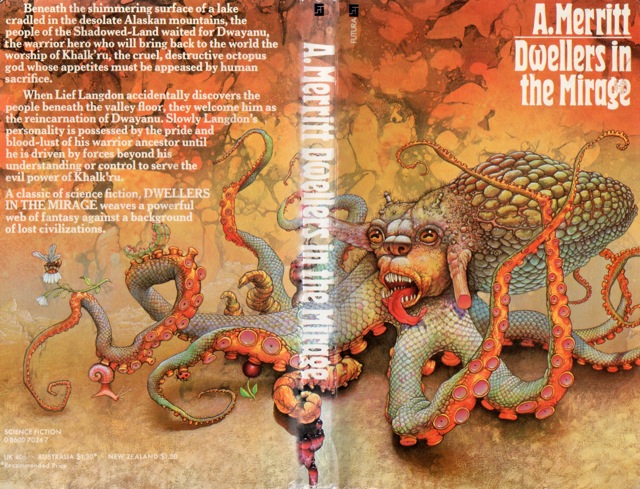 Invariably in any artistic field, there is some awesomely bad art or music that has you scratching your head and thinking “What the …?”

The last entry in the Forgotten Sword and Sorcery Artists series is Patrick Woodroffe (1940-2014).

There is a website for him with this biographical information:

“Born in Halifax, Yorkshire, U.K. 1940. World War II was already giving my parents nightmares, reality just as stressful, but I was too young to be aware of it, my dreams already in bright colours. My mother tongue is English, but there are web-site texts in French and German because I had a language degree at Leeds University in 1964. I was taught neither painting nor writing, and although I worked as a schoolmaster for eight years, my paintbrush and my typewriter already active, I became a professional creator of Text & Images in 1972.”

Woodroffe’s main period of paperback book cover art was from 1973 to 1977. He seems to have faded out from English speaking publications but has some sporadic German work in the 1980s and 90s. 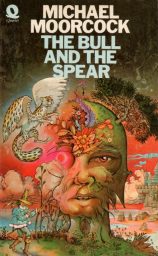 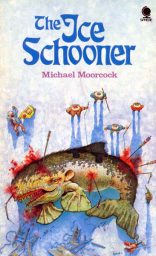 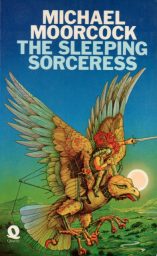 His art looks more like psychedelic era rock concert posters than for paperbacks. He did covers for several Michael Moorcock books at this time. The Ice Schooner is awesomely bad.

What’s the deal with the cover for Poul Anderson’s classic The Broken Sword?

A friend of mine and frequent commenter here lets loose a torrent of profanity when Woodroffe’s cover for A. Merritt’s Dwellers in the Mirage is mentioned.

Sit back and enjoy the awesome awfulness of Patrick Woodroffe’s art. His style would have been appropriate for a Syd Barrett concert poster (or Julian Cope later on) but it is totally inappropriate for sword and sorcery. 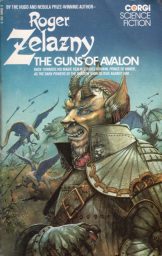 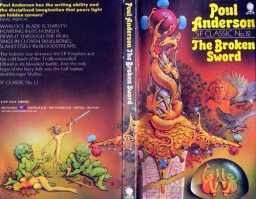 The last month or so when I posted links to these posts on social media, I got grumpy responses that “So and so is not forgotten.”

I hate to break it but they are. I don’t see Roy Krenkel or Virgil Finlay art being used for new books. Editors at the big publishers and art directors are not going to have a clue. Ask a supposed science fiction/fantasy fan under age 45 at a convention about Ken Barr. You are going to get a blank stare. There is an anger triggered when pathological nostalgia is challenged. I was accused of poor scholarship because two of Wally Wood’s sword and sorcery comic strips were available online. That is missing the point. A fan might have this stuff on some website but the gatekeepers have no memory over 15 years.

Twenty-five years ago, there was a bunch of card sets of some of these artists. I have Ken Barr, Jeff Jones, and even a Weird Tales set. Paper Tiger did a fair number of art books in the late 1980s. The last real book containing these artists was Randy Broecker’s Fantasy of the 20th Century: An Illustrated History. That was in 2001! All these artists are memory holed. If you want their art, you are going to have to find the books used. 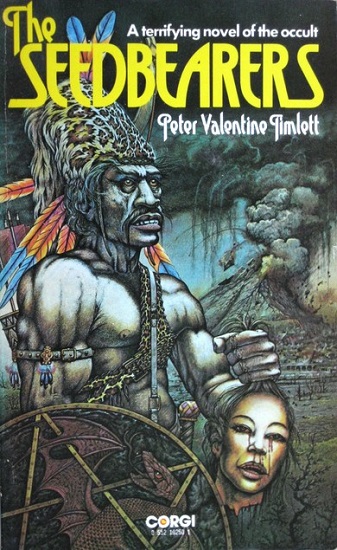