Games Not Played and Historical Roleplaying 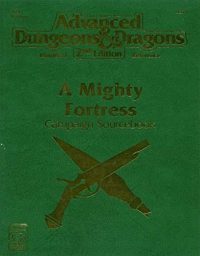 Pretty much everybody in the RPG hobby has games they have never played. I am no exception. But, to paraphrase Tolstoy, played games are played all alike, games not played are not played each in their own way. Sometimes the reason really makes no sense. It is a function of human irrationality. Here’s the story of one of mine.

Back in the early 1990s I was pretty soured on D&D in all its forms. Mostly because I could not do with it what I wanted to do with it at the time. Leveling seemed artificial, hit points silly (are they wounds or not; if not then why such long recovery times?), armor class made no sense (armor should affect what happens after you get hit not before), campaigning increased the effort needed by a DM as characters became more powerful, etc., etc. I preferred other games at the time (2300 AD, Call of Cthulhu, and Harnmaster). The only thing I wanted to play with it was Dark Sun which did do planetary romance pretty well (though implementation of the modules was a travesty).

But, then a miracle occurred. TSR had a spate of publishing historical splat books and these hit my fancy quite exactly. There were seven of them:

For me they were inspirational. I bought them all as they came out. I even wrote an email (my first email) to TSR requesting that they add a Golden Age of Piracy book to the line. TSR did not respond.  Each book in essence provided a few key items for playing in the era presented: allowed and modified character classes; equipment lists and prices; a brief timeline of the era’s history; modified magic systems appropriate to the setting; paired down era-specific monsters, and, a not spectacular but, good enough map of the region discussed.

Were they perfect? No. They exhibited many of the flaws present in TSRs offerings of that time: poor bindings, uninspired art, and a rather scattershot approach to the topics reviewed. Nonetheless, there was also much to recommend them. Several could be used in conjunction with each other: The Glory of Rome with both the Celts book and The Age of Heroes; Charlemagne’s Paladins paired with Vikings.   But, the main thing I loved about them were the limitations. Specifically: humanity centered characters; low powered magic; known geography; and real mythology.

But, I only played them a little — Mostly a bit of Charlemagne’s Paladins. The main issue was finding players willing to accept the limitations. “I thought we were going to play D&D” was a phrase I often heard. But, also there were no published modules for these settings. It was up to me and I lacked confidence in coming up with my own material. At that time, even very minor things impeded my running the game. Here’s my favorite example. I really wanted to play A Mighty Fortress which basically covers the late renaissance. Specifically, I liked the addition of firearms to D&D and also the chaos of the religious wars of that era seemed ripe for gaming. But, there was a problem. While the book provides price lists for many period items, there was one key price left out – the price of gunpowder and ammunition in general. I should have just made a price up; say a pence per charge or something like that. I couldn’t get past it though, without the price of gunpowder I never could even finish character creation. Which in retrospect was just plain stupid of me. The multitude of information available in a historical setting was overwhelming — it was impossible to get fully right, especially when the data wasn’t available. Today, I would not let that stop me.

But, what is the price of gunpowder? It’s bizarre that the price of gunpowder was left out but, it’s also bizarre how paralyzing it was to me at the time. I can see why it was left out – the price of gunpowder is remarkably hard to find. Ever since the A Mighty Fortress was released, every couple years I have gotten a bug to research that cost. Surely, the rise of the internet should make it easier? There must be some data? To this day I have no definitive answer. I imagine the price was quite volatile but, for gaming purposes I need a general number. So now I have one.

There is a wonderful website called the Port Royal Project which covers the archeology of Port Royal, Jamaica, from around the time of its destruction by earthquake in 1692. http://nautarch.tamu.edu/portroyal/ One of this things it does is provide a catalog of Inventories that were made after a person’s death that provides values for the deceased’s possessions. There you will find the Inventory of the famous buccaneer Henry Morgan (http://nautarch.tamu.edu/portroyal/archives/Inventories/Vol3/3-259.htm).  It’s fascinating to read these inventories and in addition to giving an idea of what things were worth at the time it also provides insight on what people valued and how they lived. You will find more references to “powder boxes” (for wig and face powder) than you will find references to gunpowder. You will also find some rather tragic (from today’s perspective) stories. For example, here is the inventory of George Elkin whose inventory was filed September 14, 1686.

By virtue of warant to us directed from the Right Honorable ??? Hender Molesworth our Govnor

of Mr. George Elkin Deceased as it was shown unto us by Capt. John Ellis and Mrs. Mary Thomkins?

Wittnefs our hands and seales this 14th of September 1686

But, back to gunpowder. The inventory of Peter Samyne, merchant, whose inventory is dated January 14, 1689 includes “twenty halfe barrells of gun powder 3£ p barroll” for a total of thirty pounds. Aha! Well, let’s see: 32 gallons per barrel, 20 shillings per pound, um, what’s the bulk density of black powder? Hmm. Making some assumptions, his comes to something like a penny for five ounces of powder. Oh, geez, now I need the price of lead, screw it, let’s just double the cost to account for the shot. At roughly two ounces per charge of powder that sets ten shots at 16 pennies. Taking other miscellaneous expenses (like wads, grease, flints, match) let’s call it one shilling for ten shots. That’s of course, just based on one random value from one document. Is it historically defensible? Not too much but, for game terms it’s good enough for me. Now, finally, perhaps I can dig out, A Mighty Fortress once more.