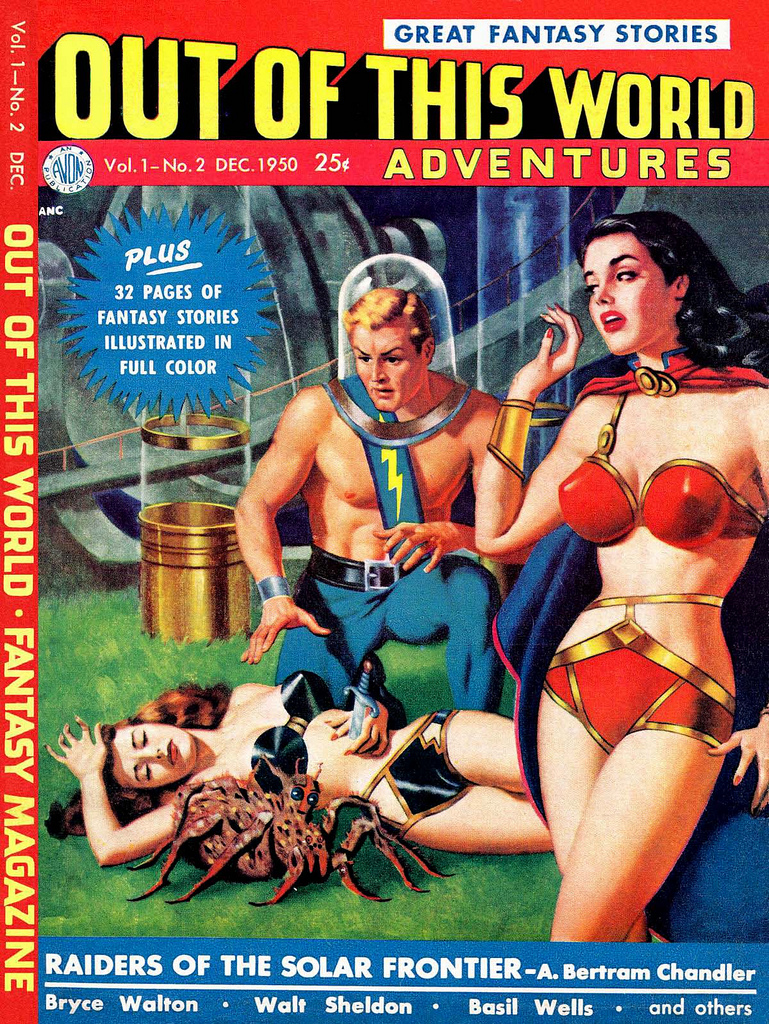 I recently read an essay by Jeffro Johnson about the term “hard sf” and it prompted me to think through whether or not I agreed with the use of that term. I concluded I don’t.

So I propose that the “hardness/softness” axis be replaced with a pair of axes, “internal consistency” and “level of imagination.”

HIGH SF: High IC, High LOI. Consistent, Imaginative. The universe makes sense given its author’s assumptions, but the story is driven by action and plot. The rules and science are in the background, not the foreground. Since they are consistent, a careful reader could “reverse-engineer” what’s going on or what the “laws” are at work if desired, but enjoyment of the story does not typically depend on the reader or protagonist caring about the rules.

CONCRETE SF: High IC, Low LOI: Consistent, Concrete. The universe makes sense given its author’s assumptions, and the enjoyment of the story arises in part from seeing how the universe works, or watching the protagonist use the rules to win (e.g. 3 Laws of Robotics gimmicks). The best “hard SF” falls into this genre. Note that it is irrelevant whether the science is compatible with our real-world science, only that it is internally consistent for the world.

POP SF. Low IC, High LOI: Inconsistent, Imaginative. The basic rules of the universe are routinely ignored or violated (e.g. Star Trek ships that move at the speed of plot, wildly inconsistent hyperspace travel times). This type of sci-fi often emerges in comics and cinema where joint authorship of a shared world across multiple media leads to inconsistency.

TRASH SF: Low IC, Low LOI: Inconsistent, Concrete. The basic rules of the universe are provided in detail, yet nevertheless are inconsistent. This is the sort of pablum that aspires to be “hard science-fiction” but cannot be taken seriously or enjoyed because it either makes gross errors in attempts to be consistent with real science, or has inconsistent or absurd universal rules, or has its protagonist act in ways that make no sense given the rules.

Assuming a 1-10 scale where 10 is consistent/imaginative, I’d rate some popular franchises as follows:

Star Wars: Consistency 4, Imagination 9. It’s pure Pop SF. It doesn’t even make sense on its own terms, but it’s fun.