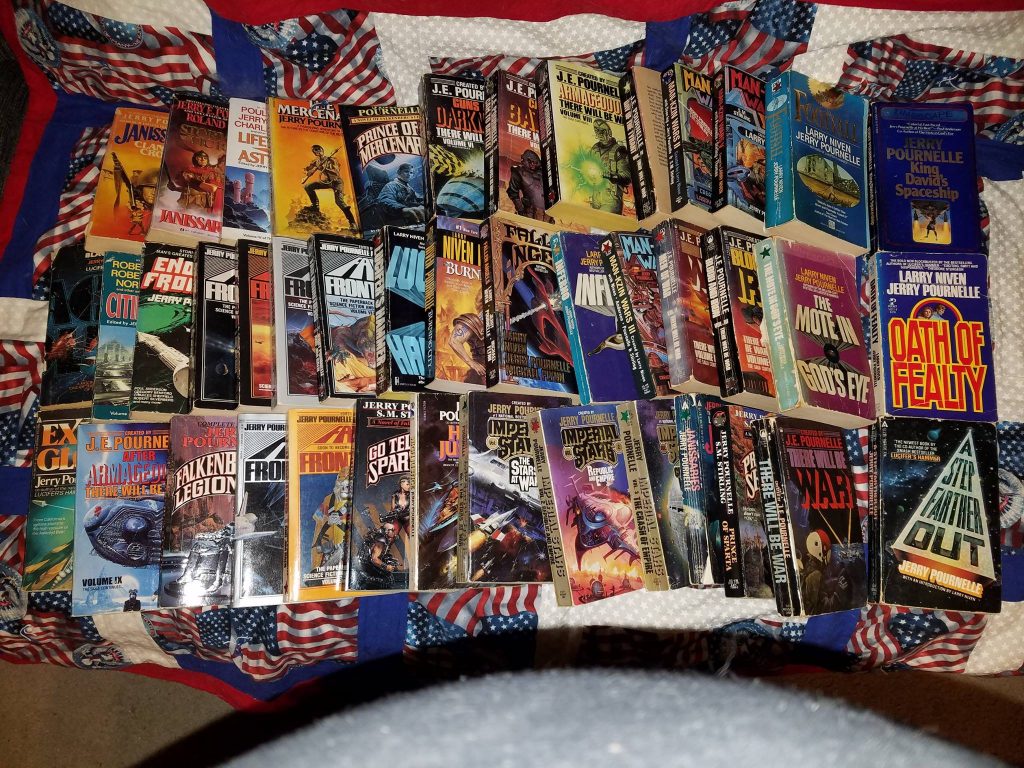 Many people mourned the passing of SF writer Jerry Pournelle. But Dr. Pournelle was more than a writer. He affected many fields and was a significant influence on me.

His book that spoke to me the most was A Step Farther Out, a collection of technical essays he’d written. It focused me on how many possibilities there were for great strides in technical progress, especially in space.

Pournelle didn’t just write about science. He worked in the aerospace industry, initially in the testing program for the first astronaut candidates. When complaining about Shuttle-era NASA practices he would wax wistfully about one test the Mercury astronauts were put through: sitting with their feet in a bucket of ice water for half an hour. Didn’t measure their response to anything that would happen in space, but was a good test of motivation.

He spent decades in the aerospace industry. The experience led him to becoming an adviser to the Reagan Administration and Newt Gingrich. He used this to press for support of the Strategic Defense Initiative and the DCX experimental reusable launch vehicle. The DCX’s vertical landing tests paved the way for Space X’s booster landings.

He served in the Korean War as an artillery officer. His fiction drew on that experience to show real soldiers in real situations, and how horrible war can be. His CoDominium novel West of Honor portrays the eternal torment of a green lieutenant given responsibility without any experience to draw on. As a second lieutenant I drew on that story to remind me to shut up and listen to my sergeants.

Other stories in his CoDominium series were hard SF rather than military, most famously his first collaboration with Larry Niven, The Mote In God’s Eye. Pournelle used his political science background to devise an end to the Cold War that seemed unlikely in the 1980s: the USA and USSR formed a joint world government, ensuring their own security by oppressing the neutral nations, former allies, and their own citizens. Eventually this collapses and leads to an empire, the tale of which is told in another set of collaborations. My favorite is King David’s Spaceship, which appealed to me both as an engineer and a soldier. A planet being forcibly incorporated into the Empire sends an expedition to some ruins to find the technology needed to be admitted as a space-faring world instead of a colony. 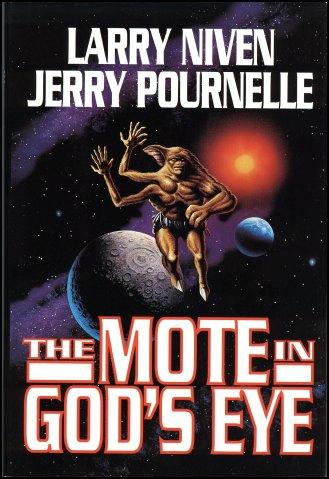 Fandom picked up catch-phrases from Pournelle’s collaborations with Niven. The Mote In God’s Eye tells the story of first contact with three-armed aliens, who describe choices as “on the one hand, on the other hand, and on the gripping hand.” Readers of Oath of Fealty confronted with a stupid person’s self-inflicted death were told to “Think of it as evolution in action.”

It’s hard for me to adequately describe how good Niven and Pournelle were as a team. Suffice it to say that they’ve written some of the best examples of first contact (The Mote In God’s Eye), natural disaster (Lucifer’s Hammer), and alien invasion (Footfall). Plus some cheerfully parodic Dante fanfic (Inferno).

Pournelle collaborated with others as well, giving boosts to fledgling authors such as Steve Barnes and Michael Flynn. He edited anthology series, the most long-running being There Will Be War volumes One through Ten. The anthologies showed one way Pournelle contributed to the health of the field. He had had the connections to fill every one of those volumes invitation only. Instead he opened them up to contributors, plowing through piles of slush to give new authors a chance. (I saw one of those announcements and was tempted, but was too head-down in engineering at the time to write a story that fit.)

Pournelle took a turn as President of SFWA. To shocked younger readers I must say, everything was different in the 1970s, SFWA not least. He used the power of the group to force an audit on Ace Books, then infamous for never paying any royalties to authors, and extracted overdue payments from the newly installed publisher.

And yet with all of that there’s a field Jerry Pournelle is famous in that’s not aware of his other activities. Personal computing.

Computers today are something the elderly use to see pictures of their grandchildren. But once upon a time they were only usable by those who built their own or were hired to wield them. The transition was long, hard, and helped along by Jerry Pournelle.

His tool for that was a column in BYTE magazine. In each issue he’d describe some piece of hardware and software he’d tried to use and the various fits and workarounds required to actually get some productive work out of it. Minimal technical jargon, no marketing hype, just one smart man’s honest take on whether something was worth the hassle to use it. He coined the phrase “infuriatingly excellent” for products that required a sharp learning curve to access their brilliant features. There were many issues of BYTE where Pournelle’s column was the only article I finished.

Computer companies sent their new products to him, hoping for a mention, to where the columns mentioned the clutter of unopened boxes lining his hallways. More importantly, the pressure to be seen as a usable product forced designers to get their act together and create interfaces meant for people who weren’t electrical engineers.

As the web began to spread he was one of the pioneers in using it to communicate regularly. His “Chaos Manor” website took its name from the BYTE column. It was a blog before the concept of blogging existed. None of these web forms that let you type and hit the “post” button. Back then Pournelle coded his italics and paragraph breaks in raw HTML and uploaded with an FTP client. He kept that site going until the day of his death.

It wasn’t a throne for him to dispense Olympian wisdom from. Half the site was “mail” pages, printing messages from his readers arguing with him or supplying data he hadn’t known. Including one from me, forcefully disagreeing with him.

His legacy shows up in memes as well. One is his “Iron Law of Bureaucracy”:

There’s another meme that keeps popping up in various forms, the two-axis politics model. For example: 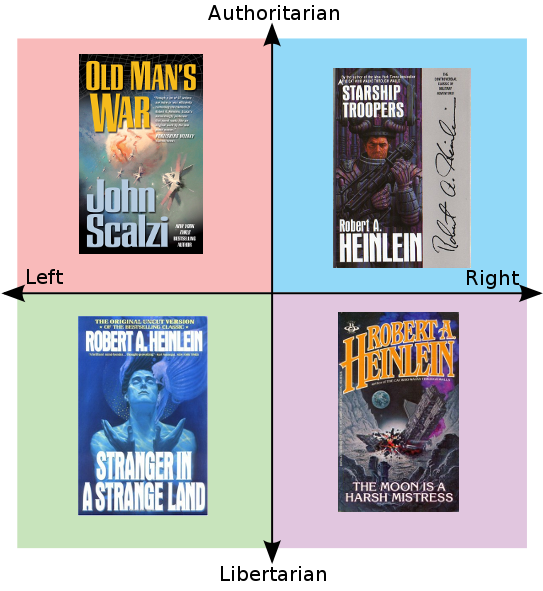 The first example of those can be found in Pournelle’s PhD dissertation, predating the Nolan chart by five years.

So even if you never open one of his books, Pournelle’s influence will be with you for a long time.

Karl Gallagher is the author of Torchship, Torchship Pilot, and Torchship Captain. He is also a contributor to both Cirsova and Astounding Frontiers. You can follow him on both Google Plus and Twitter.