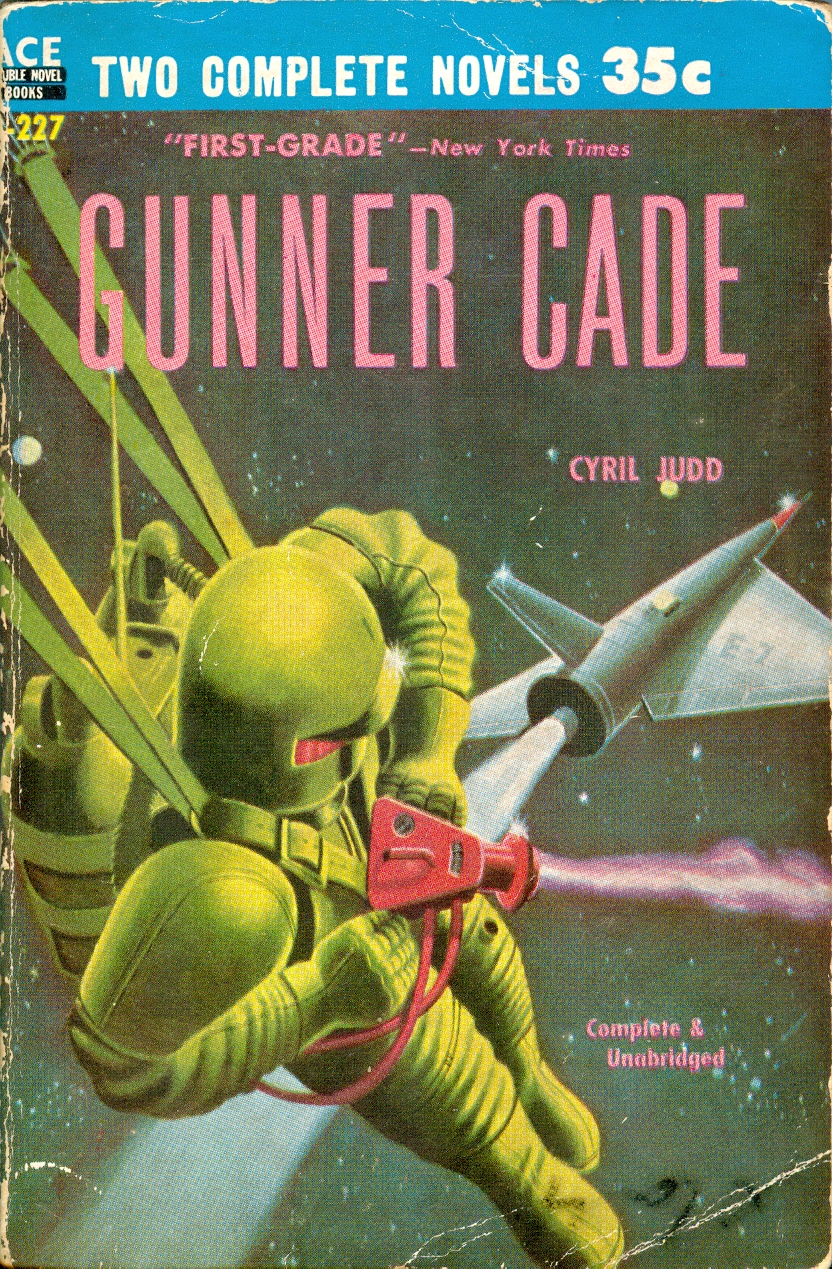 Gunner Cade by Cyril Kornbluth and Judith Merrill as “Cyril Judd” first ran as a three-part serial in Astounding Science Fiction March to May 1952. This was the era of Poul Anderson, Walter M. Miller, H. Beam Piper, Raymond F. Jones and still some L. Sprague de Camp and Lester del Rey in the magazine.

Simon & Schuster reprinted the novel as a hardback the same year. It was part of an Ace Double (D-227) in 1957. Dell issued a paperback in 1969. It was one of the first Tor books, when distributed by Pinnacle in 1983.

For some reason, the title caught my attention a few months back. By luck, a local used bookstore had the Ace double for a reasonable price. The bonus is the flip of the Ace paperback contains a novel by H. Beam Piper that I never read.

I started the novel and bogged down. Finally, I persevered reading a few pages at lunch until finally I just bit the bullet and finished it off over a few nights. 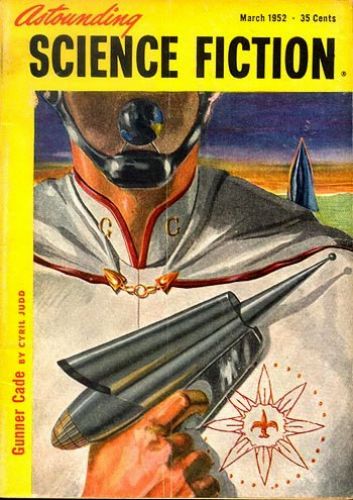 Synopsis: Thousands of years in the future, you have a warrior class “Gunners” who wage ritualistic warfare between various factions over scarce resources on Earth. The Gunners live a celibate, monastic lifestyle with a philosophy that goes with it. Gunner Cade is part of an attack and somehow drugged by an old woman in a basement he is reconnoitering. A rebel group takes possession of him with the attempt to turn him.

There follows lots of talk, an escape by Cade and his attempt to rejoin his Chapter House. His is listed as dead with a shoot on sight order as he is believed to be an imposter. He finally gets to the head of the order who he finds is totally corrupt. He attempts to talk to the emperor where he is made an offer by a rival bureaucrat (“the Power Master”) who is equally corrupt. In the end Gunner Cade joins the rebels he ran from.

The novel ends with him on Mars showing commoners the basics on how to use the ray guns with a successful battle.

This novel is from the “golden age” of science fiction but it did not push the right buttons for me that I would have gotten reading Poul Anderson, Jack Vance, or H. Beam Piper. There is a distant quality to the story. Gunner Cade is an opaque character. He comes across as a blockhead getting drugged, used, and used again by various factions. The story is supposed to be that of a true believer disillusioned with the system when he finds out the truth. I just did not care. Kornbluth and Merrill are supposed to have deliberately written the novel analyzing what John W. Campbell, editor at Astounding Science Fiction liked. It came of as an imitation of A. E. van Vogt. Sort of on the lines of The Weapon Shops of Isher or Empire of the Atom, just without van Vogt’s quirkiness that makes him interesting. I love van Vogt’s shorter fiction and fix ups. His novels go on and on with pointless and uninteresting intrigue. Gunner Cade has the same problem. Cade is not a van Vogt superman either but just a cog in the machine that gets turned.

There was something else in my mind as I read the novel. I waited until I finished to confirm my suspicion.

“In 1939, Judith graduated from Morris High School in the Bronx at 16 and rethought her politics under the influence of the Hitler-Stalin Pact (August 23), shifting to a Trotskyist outlook. She married Dan Zissman the next year, less than four months into a relationship that started when they met at a Trotskyist Fourth of July picnic in Central Park.”

My suspicion was correct, this was a work of science fiction with Trotskyite subtext. The revolt against The System, weapons to the commoners who just wanted to be free, the defeat of professionals by the motivated proletariat, yada, yada, yada. I am surprised this got past John W. Campbell.

As I got near the end of the novel, I kept thinking on how Frank Herbert’s Dune covers some similar ground so much better. The defeat of elite soldiery being one thread. Herbert’s elite Sardauker of the Padishah Emperor going soft with defeat by the Freman of Arrakis has more of a verisimilitude about it. The world of Gunner Cade is not rich, it is rather gray and depressing. My opinion must be common considering this novel had had only three paperback reprints for being a supposed classic. In comparison Starship Troopers or Dune have continuously been in print the past 56-60 years. With a different approach, this could have been a good proto-military science fiction novel. Gunner Cade is in print in the hardback collection Spaced Out from NESFA Press. I am not interested in checking out more by Kornbluth & Merrill. At least I can say I read it. 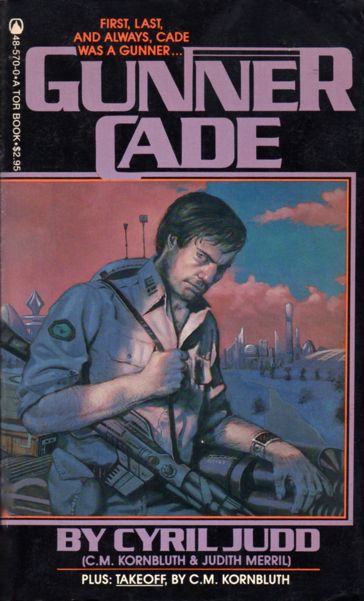