Guns of THE LAND THAT TIME FORGOT 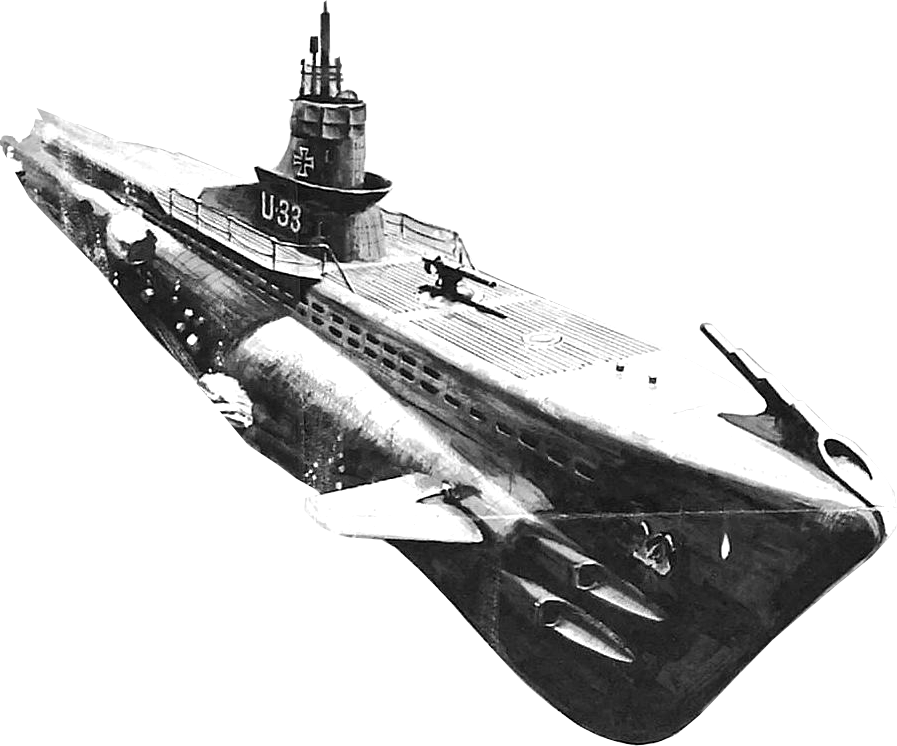 I love movie props; it seems like I have always had a fascination with the bits and bobs utilized by film crews to create that aura of reality on the business end of a camera.  There’s something about the things worn or carried or held by the actors that is almost magical.  I find myself studying the sets and props nearly as much as I watch the action and listen to the dialogue.  Who wouldn’t love to own a coveted pair of Dorothy’s red slippers, or have a vintage 1977 Stormtrooper helmet sitting on a shelf?  Many Burroughs fans enjoy seeing props from ERB movies when they come available; I’ve seen several items in recent years from the movie, John Carter that I’d love to have sitting next to my stacks of Burroughs novels.

The costumes and props are essential, really, to effectively tell the story that the writers, actors, directors, key grips and gaffers, etcetera are trying to convey.  Without them, it’s just people talking.  But stick a fancy costume on one, a sword in the fist of another, or toss a cool-looking, vintage currier’s pouch over the shoulder of someone walking along looking otherwise normal?  Now we’re talking.  Now, it’s getting interesting.

Original production props are able to put us in touch with a movie in a tactile manner that one doesn’t experience just by watching the movie.  Watching Glen Larson’s 1978 Battlestar Galactica series with an original, life-sized suit of Cylon armor standing in the corner would make for a far different experience than that of sitting in the living room floor in your pajamas watching with a coat rack in that same corner, am I right?

In a continuance of the theme I utilized for my article in ERBAPA #143, ” A Message in a . . . bottle?” –where we examined the German gas mask canister utilized by Bowen Tyler–I thought it might be interesting to dive into the prop guns utilized in filming the 1975 film, The Land that Time Forgot.  Although the film is replete with the brandishing of arms and the spitting of rapid-fire lead into various rubber dinosaurs, there aren’t as many different models as one might think.

[Note that I won’t be discussing the sub’s torpedoes in this article as they would be considered more a projectile than a firearm.  Although, technically, I suppose the torpedo tubes might be considered barrels!  Still, we won’t dive into that, although it sounds fun.] 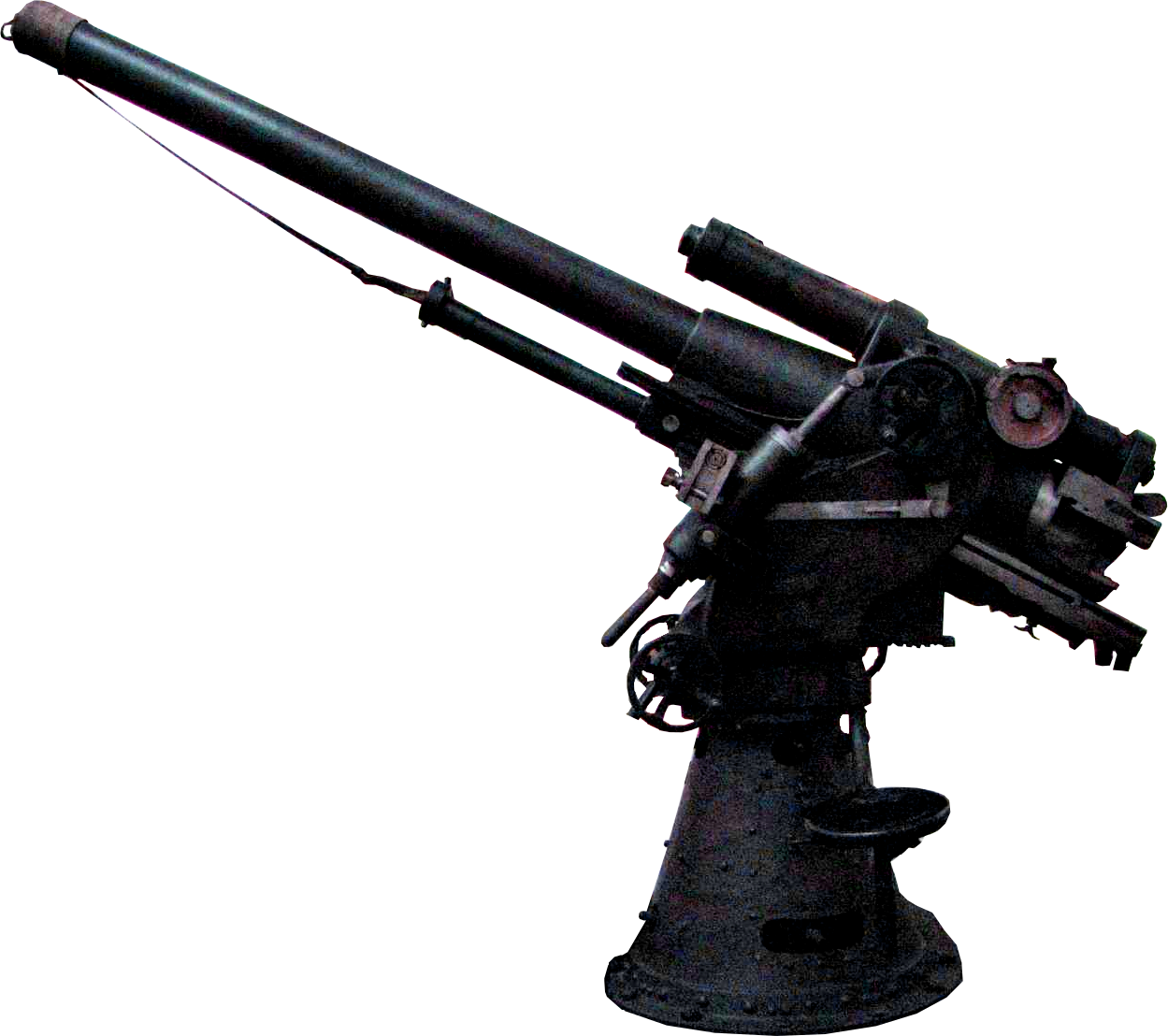 The biggest gun brought to bear in the film is obviously the submarine’s deck gun.  Deck guns on submarines were mostly intended to shoot down aircraft (spotter planes were the bane of subs in the days before the invention of sonar) and therefor are typically of an anti-aircraft design.  But, they were also utilized to defend the sub when top-side from enemy vessels, or to finish off a wounded, enemy ship–saving the limited number of torpedoes in the sub’s arsenal for bigger fish.

But in the case of the U-boat U-33, we see this weapon being used in a role that might be unique to the movie adaptation of the story written by Edgar Rice Burroughs–that of blowing away a pair of horned and frilled Styracosauruses that should have long been extinct.  It’s an unfortunate scene, actually, given that these herbivores weren’t threating anyone and is probably akin to shooting elephants with Howitzers.  Good, ole Hollywood, though; gotta love it.

In researching this deck gun, I find that there are some movie-gun nerds who believe the cannon used in the film was an actual German 7.7cm L/35 Flak 16 anti-aircraft gun, built by the firm, RheinMetall who are renown for many famous firearms designs.  But I’m not so sure.  To me, the barrel on this cannon looks a bit too long, although the conical pedestal looks right.

Still others posit that it was instead a British 3″ 23 Caliber deck gun that was used in the film.  This makes more sense to me, as the film was shot in the famous Shepperton Studios of England.  It seems more likely to find a source for a movie gun of this sort in the same country where the movie was being filmed, versus a rare piece from a different country, in this case, Germany.  But not impossible, I admit; it’s feasible that a museum loaned a German L/35 to the studio.

Unfortunately, I wasn’t able to run down any solid information on this piece.  The scenes of the deck gun in the movie are either too dark or too far away for me to be sure. 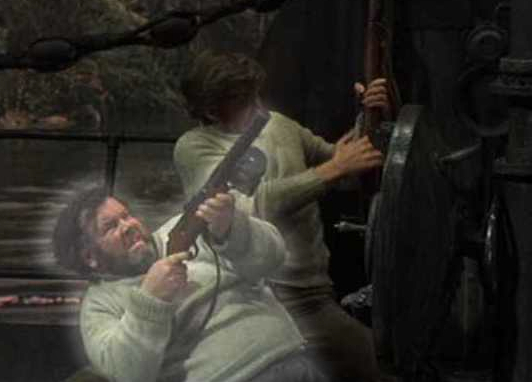 Germany has the distinction of being the first to field a “burp” gun on a battlefield with their famous Bergmann MP-18 (Machinen Pistole Model 1918).  The design of this early submachinegun was so ahead of its time that its influence can be found on models up into the 1960s.  When Hugo Schmeisser began his ground-breaking design he chose what was, at the time, a relatively new cartridge which had only been around since 1902–that being the 9mm Parabellum (9×19) of Luger fame (more on the Luger later).  This cartridge has proved to have a greater longevity than even the Mp-18 as it is still with us today, being the most popular cartridge, I’d say, in the entire world.

The choice of placing a submachinegun that wasn’t fielded until 1918 in a film that takes place in 1916 is, of course, an anachronism.  But, this is Hollywood we’re talking about (I use that word figuratively; literally, I’m referring to the entire movie industry).  For those who know of the MP-40 (Machinen Pistole Model 1940) they might recall that this equally famous machine pistol was used in the opening scene of Indiana Jones, which takes place in 1936 — four years before the MP-40 was introduced.  Movie magic!   Still, it looked cool–which was the goal, after all.

Note the “snail drum” magazine sticking out of the side of the Bergmann.  This was actually borrowed from the Luger (yes, that name keeps coming up, and we’re getting to it–I promise!).  This is a 32-round magazine developed for the P.08 “Artillery” Luger to give it a bump in round count.  It was actually quite brilliant to adopt both the Luger’s magazine and cartridge during the development of this little sub-gun. 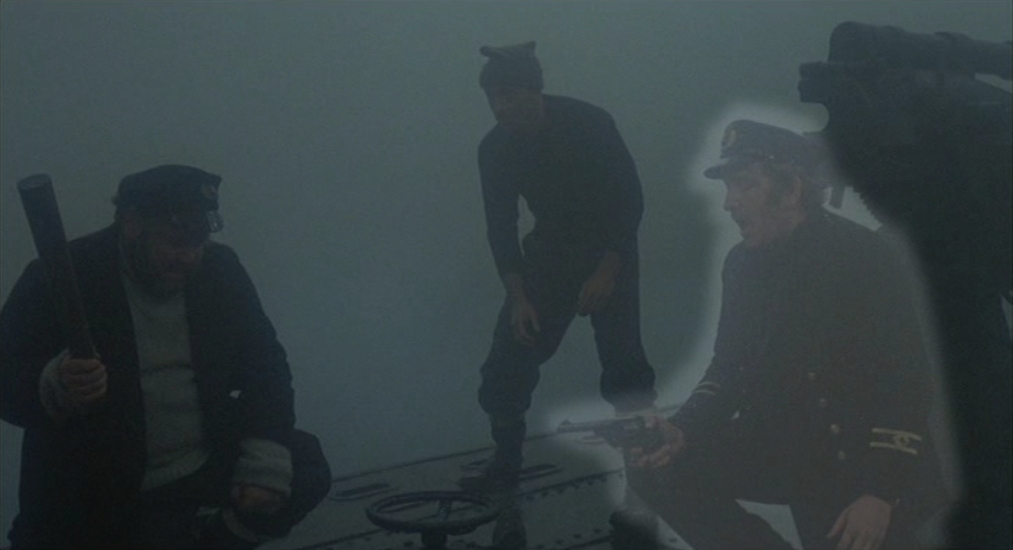 As the British wait near the sub’s hatch, Bradley can be seen holding a revolver whose name is steeped in British tradition–the famed Webley top-break revolver.  Referring again to Indian Jones, most might recall that Indie was fond of these British top-breaks.

The U-33 is also fitted out with an arsenal of Mauser Gewehr 1898 rifles.  It is an example of one of these work horses of the German forces that Bowen Tyler brings to bear against everything from t-rexes to cave men. 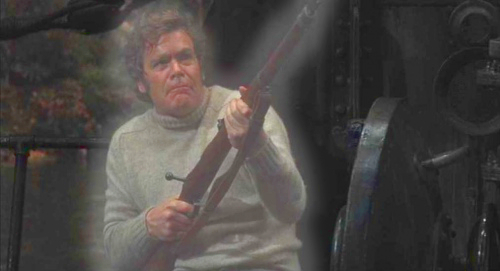 A shame, that last!  Mausers are nice rifles; built with that old-world style craftsmanship you just don’t see nowadays.  I’d love to scour the cliff tops of Caspak for Bowen’s rifle, and set it next to his German gas mask cannister, should I happen upon it.

Finally!  There are many various models of the Luger pistol, some rarer than others.  The four-inch barreled “Infantry” model is perhaps the most common, while the “Navy” model is on the scarcer side, most of these latter possessing a six-inch barrel.  Somewhere in the middle of the scarcity barometer we have the famed “Artillery” model which had an eight-inch barrel and came standard with a removable butt-stock/holster combo and is often found with the aforementioned snail drum magazine (which had its own leather holster).  It is this latter with which we find the crew of the U-33 armed to their veritable teeth. 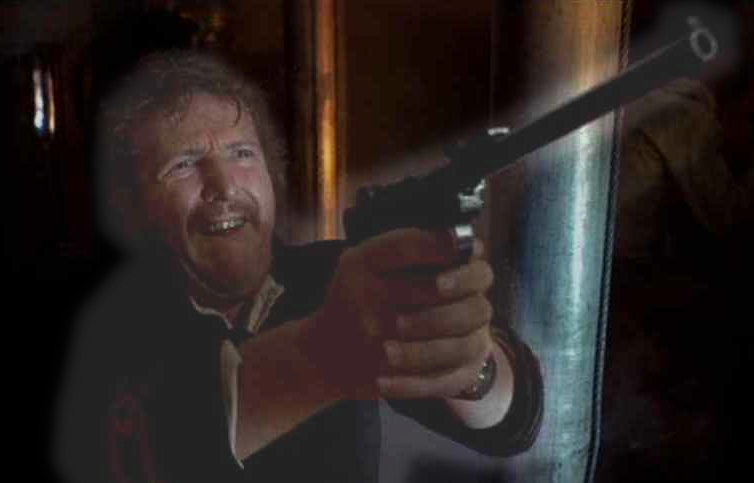 In the movie, these were all equipped with the standard 8-round, wood-bottom magazine instead of the 32-round snail drum as seen below.  Note the board stock, with attached holster.  This is kicking it old school, folks.  They just don’t make ’em like this anymore.  I’m guessing that the studio was able to round up a couple of these for the film after not having any luck scavenging up Naval Lugers, which would have definitely been more accurate.

Although still a rare bird, P.08 Artillery Lugers are found in many-more times the quantities of the Naval variety (the Model P.04).  Below is an example of what the crew of the sub would most likely have historically been armed with.  Alas, these are so rare because so many of them went to the bottom.

Thank you all for allowing me to ramble about my fascination for military history and small arms.  Hopefully, this has replaced some of the mystery with a little bit of historical knowledge.