Heroines, Then and Now 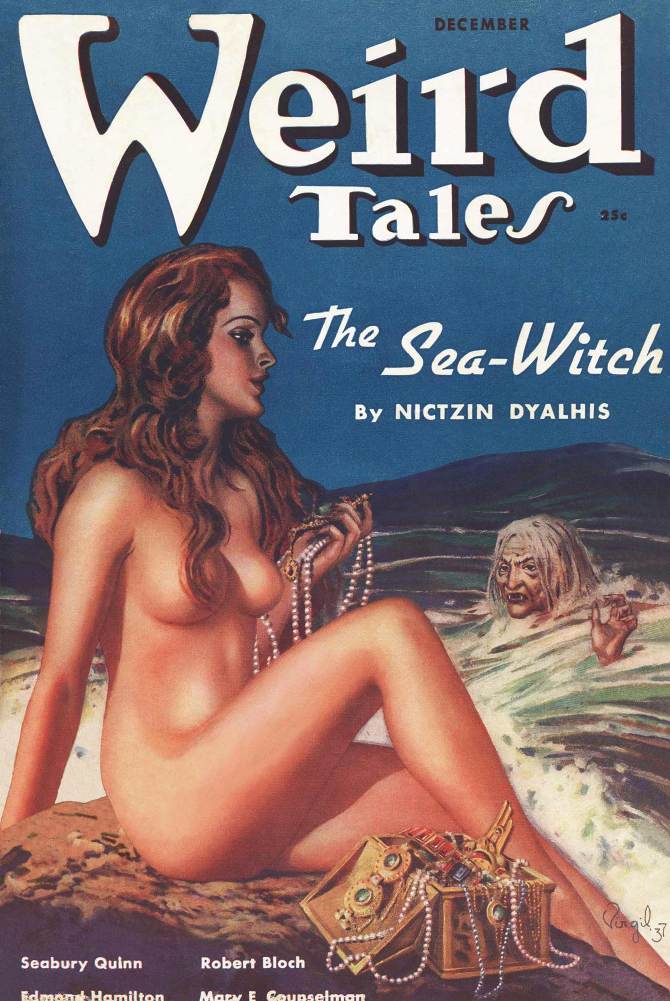 A damsel being threatened by a modern-day “strong female protagonist”!

A frequent criticism of older stories, pulp or otherwise, is that they feature a “damsel in distress”.  That the woman in question is nothing more than a prize to be won.  This is considered bad, and earnest leftist writers of today seek to correct this horrible injustice by creating “strong female protagonists”.

Right away, one notices that having a “strong female protagonist” would be a bad idea given the nature of many stories. The women in Howard’s Conans were not unique or terribly interesting, but neither was any character outside of Conan.  He is the only exceptional one. This is by design; no matter what magical powers they had, or how exotic their description, no other character outshines the main star.  Trying to create a heroine who does that would be awful and counter-productive, lessening the appeal of the protagonist and his adventures.  In fact, this is what a great many Hollywood action movies nowadays do, and it’s one reason they fail.

Still, let’s compare some female characters from older stories to those of today.

For instance, I’ve recently been reading Sabatini’s The Snare, which illustrates this well.  On the one hand, you have Lady O’Moy, a beautiful, haughty idiot who can’t stop herself from being a blabbermouth;

Now if you have understood anything of the character of Lady O’Moy you will have understood that the burden of a secret was the last burden that such a nature was capable of carrying. It was because Dick was fully aware of this that he had so emphatically and repeatedly impressed upon her the necessity for saying not a word to any one of his presence. She realised in her vague way—or rather she believed it since he had assured her—that there would be grave danger to him if he were discovered. But discovery was one thing, and the sharing of a confidence as to his presence another. That confidence must certainly be shared.
Lady O’Moy was in an emotional maelstrom that swept her towards a cataract. The cataract might inspire her with dread, standing as it did for death and disaster, but the maelstrom was not to be resisted. She was helpless in it, unequal to breasting such strong waters, she who in all her futile, charming life had been borne snugly in safe crafts that were steered by others.

Then, however, you have her cousin Sylvia Armytage, a beautiful, brave, intelligent woman capable of concealing her emotions exceedingly well;

Miss Armytage without any of Lady O’Moy’s insistent and excessive femininity, was nevertheless feminine to the core. But hers was the Diana type of womanliness. She was tall and of a clean-limbed, supple grace, now emphasised by the riding-habit which she was wearing—for she had been in the saddle during the hour which Lady O’Moy had consecrated to the rites of toilet and devotions done before her mirror. Dark-haired, dark-eyed, vivacity and intelligence lent her countenance an attraction very different from the allurement of her cousin’s delicate loveliness. And because her countenance was a true mirror of her mind, she argued shrewdly now, so shrewdly that she drove O’Moy to entrench himself behind generalisations.

Quite an interesting contrast, and it lends the novel a distinct flavor.  (In fact, the idea of a worthy damsel and a lousy one occurs in Scaramouche, too)  Thus, one sees there is considerable complexity and difference between such heroines, even when they’re not meant to outshine the hero, or be the central focus of the work. 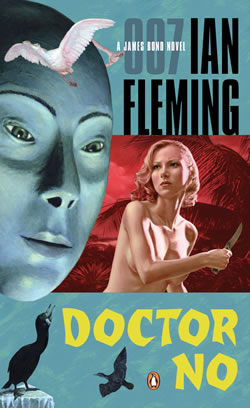 An okay attempt at conveying Ryder’s look, but it’s lacking the broken nose.

And even supposedly lowbrow works can have surprising, unique heroines that subvert the standard sequence of affairs. Consider Honeychile Ryder in Ian Fleming’s Dr. No.  Here is how I described her in a review of that book;

She is tough, brave, beautiful, independent, and intelligent, without ever becoming a caricature or unrealistic. In fact, as much as I love Ursula Andress (one of the sexiest women of the 1960s) and her on-screen portrayal, I prefer the book version even more. Here, in her famous scene on Crab Key, Honey isn’t just wearing a bikini; she is completely naked, with only a belt holding a knife on it.

It’s an important distinction, not just for the comparison to Boticelli’s Venus, but because throughout the book Honey is depicted as primal, direct, and unashamed.

Another major difference is that despite being perfect otherwise, Ryder has a badly broken nose, suffered when a white plantation overseer punched her out and raped her as a teen. Honey’s response to this is to calmly go to a doctor to make sure she is not pregnant, and then kill the man in a particularly tortuous, slow manner.

Then, upon meeting Bond, and caught in a sudden explosion of violence she has never experienced, Ryder keeps her composure, bravely resisting throughout. Without spoiling it, she also completely outwits Dr. No, a man depicted as an evil, brutal mastermind. This leads to an amusing scene where Bond rushes to save Ryder, only to learn she needs no saving at all, having escaped by her own powers.

Later, she refers to the main antagonist as nothing more than a silly man.

I could go on with further examples (I also like how sexually aggressive she is), but suffice to say Honey is one of the coolest, best heroines I have come across in the entire action/adventure genre, nevermind just the Bond series. She is brave, tough, and intelligent while still being distinctly feminine, instead of a macho male character given a different set of genitalia. (Like most movies and book that want to create a “badass” female lead and fail at it miserably)”

On an amusing note, how do you think SJW and feminist reviewers react to this genuinely strong, independent heroine in their own reviews of Dr. No?  Why, by denouncing her as awful sexist eye candy, of course!  (Which serves to show how useless it is to ever believe SJWs or try to satisfy their professed desires)

Now, let’s compare these interesting characters to heroines of today.  Frankly, it’s hard to come up with specific examples.  They’re all a bunch of nameless, faceless, interchangeable golems with female exteriors.  There is, however, nothing feminine about them. 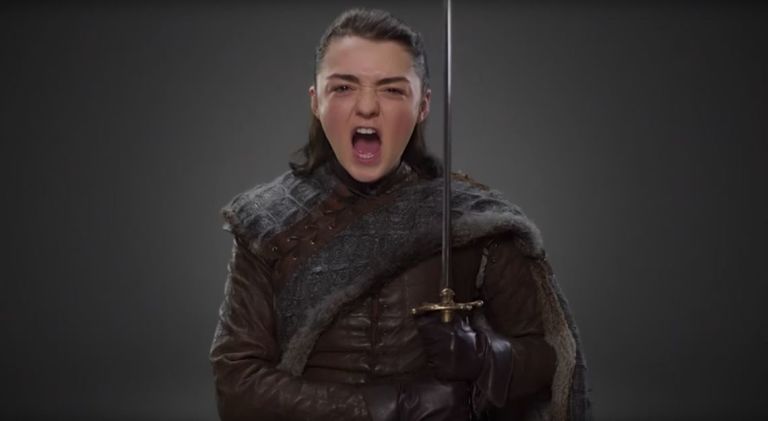 Annoying, stupid little girl murdering entire kingdoms (the Freys) by herself? Sure, why not!

They are, however, far more ridiculous and absurd than any traditional damsel.  This is because modern works make their heroines better, stronger, smarter, braver, and more competent than any male character.  Increasingly, they are perfect at everything.  Consider Rey in the new Star Wars film.  Or any major female characters in Game of Thrones outside of Cersei, Sansa seasons 1-6 (but not the most recent one), and Daenerys only in the first season.  Do they have any flaws?  No, not really.  And they’re better at the men at endeavors which they have no right to be, such as Brienne of Tarth being arguably the best swordsman in Westeros and Arya being its greatest assassin.  This is laughably idiotic for anyone who has ever played any sport seriously and observed the physical difference between men and women.  (I could do an entire piece on the absurdity of women going toe-to-toe physically with men)

These are not even characters.  They are a silly, foolish attempt at being paragons of perfection.  They make the work impossible to take seriously, severely harming its effectiveness.  (Indeed, what I mentioned is one of the biggest flaws in Game of Thrones, a good show I generally enjoy)

This of course applies to science fiction, if one considers any of the nauseating women John Scalzi writes, or those appearing in the works of other SJW hacks.  As one can see, these newer, more modern heroines are not an improvement at all, but half-a-dozen jumping leaps backwards.  In fact, I can’t think of anything worse than what they have concocted.

And one would do well to respect the female characters of earlier writers and pay attention to how they crafted them, damsels or not.