How to Assault The Man in the High Castle 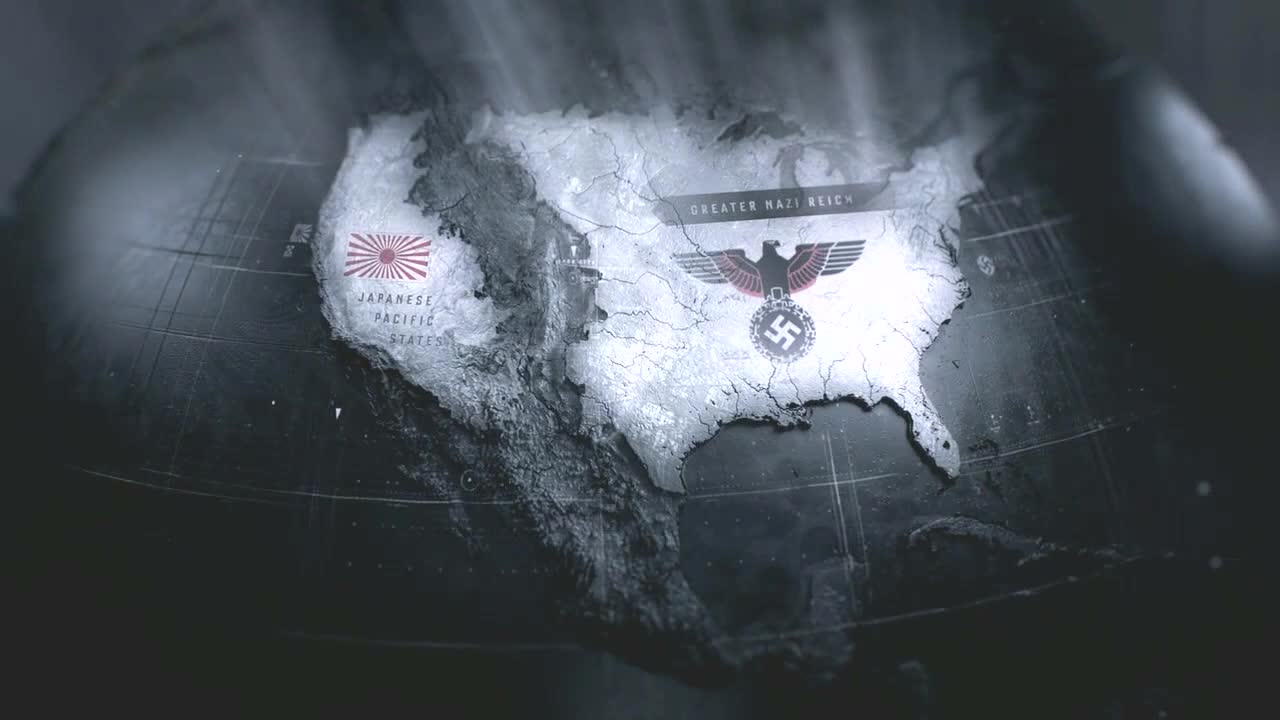 America, 1962 The Man in the High Castle Version (at the height of the popular appeal of the blockbuster novel, The Grasshopper Lies Heavy.)

I consulted the I Ching before writing this starter’s guide to The Man in the High Castle. It presented me with Hexagram 14.

All things come to the man…in a high position. – From Hexagram 14, I Ching

Never let it be said that the ancients have no sense of humor.

Ever since I first encountered Philip K. Dick’s masterpiece of alternate history, I was confused by readers and fans who hoped for a sequel to “finish” it. It wasn’t until even later that I discovered that Dick himself intended to “complete” the novel with a sequel.

Of all the books I have ever read, none has less need for a sequel than The Man in the High Castle. It is a complete work – a complete universe (or multiverse, if you must). More important, it is a complete story. The climax – which, despite the violence and world-rending involved – is subtle and potentially confusing, and though the story will linger in your mind for some time, the resolution is as masterful as any of Dick’s more action-oriented short stories with a kicker.

So, although I may simply be too stupid to realize that The Man in the High Castle really does have loose ends, it may still be helpful to provide a few tools so that you can be as fully satisfied with the book — as a complete work — as dumb ol’ me:

The book appears to have a simple plot: it follows the day-to-day dreams and troubles of Americans (native or migrant) living in a nation divided by the two superpowers – Japan and Germany – who conquered the world in World War II, following the assasination of FDR. In fact, you can enjoy the novel at the level of What If…? adventure alone. The societies and the psychological effects resulting from this jarring divergence are profound and interesting.

However, if you stay at that level, you may be bored or confused by the parts of the plot that ruminate on the encounters with the I Ching, Christianity, or a variety of the books that factor heavily as characters within the novel. So, here are the keys to unlocking some of the deeper portions of the text.

Keep in mind that The Man in the High Castle is not in any way a postmodern book (except for the fact that is far too often mistaken for one) – in fact, it has far more in common with Cervantes’ sixteenth-century novel Don Quixote than it does with – for example – the “New Wave” of SF in the 1960s that was contemporary to PKD’s masterpiece. Thus, any symbolism in it is of the traditional “signifier” kind, as opposed to the post-modern “subjective” kind. In other words, the text in The Man in the High Castle won’t give you vague “clues” to its symbols that can mean anything you want. It will pretty much come out and tell you what those symbols mean. This makes the mystery of The Man in the High Castle more interesting: you know that the book has to resolve based on those symbols, and that its plot means something specific, not “whatever the reader wants it to mean.”

Although The Man in the High Castle is written in sweeping epic style, with some long (but plot-critical) meditations on the interior lives and decisions (or non-decisions) of many characters, there are two characters who are distinct from the rest: Mr. Tagomi and Julianna Fink. Of all the powerful movers and shakers, thinkers and moneymakers, these two characters are the only ones who:

Thus, when you are reading The Man in the High Castle, pay special attention to those two characters, particularly when they or others (or even the reader!) question their own sanity, or when they have a decision to make. That doesn’t mean that other characters are superfluous: quite the contrary. But if you can pay special attention to those two, you will have a much better understanding of all the other characters, as well as key plot clues about the problem of artificial histories.

A second major key to The Man in the High Castle is to be able to place the significance of the books within it. The first “book” is the I Ching, a sort of divining guide to a person’s deep questions about how one should conduct his daily life. It is notable that the I Ching in The Man in the High Castle is not a fictionalized version, but an English translation of the original Chinese commentary. Its excerpts are from the real thing.

The second book is The Grasshopper Lies Heavy, a novel within the novel. It itself is an alternate history wherein FDR is not assassinated and the Allies win WWII. There are just enough historic differences from our own world to indicate that Grasshopper is, in fact, an alternate alternate history – one that lies somewhere between the world of The Man in the High Castle and our own.

The title is drawn from another ancient religious text – the Holy Bible:

Remember also your Creator in the days of your youth, before the evil days come and the years draw near of which you will say, “I have no pleasure in them”; before the sun and the light and the moon and the stars are darkened and the clouds return after the rain, in the day when the keepers of the house tremble, and the strong men are bent, and the grinders cease because they are few, and those who look through the windows are dimmed, and the doors on the street are shut—when the sound of the grinding is low, and one rises up at the sound of a bird, and all the daughters of song are brought low— they are afraid also of what is high, and terrors are in the way; the almond tree blossoms, the grasshopper drags itself along [or “lies heavy” or “is burdened”], and desire fails, because man is going to his eternal home, and the mourners go about the streets— before the silver cord is snapped, or the golden bowl is broken, or the pitcher is shattered at the fountain, or the wheel broken at the cistern, and the dust returns to the earth as it was, and the spirit returns to God who gave it.

Vanity of vanities, says the Preacher; all is vanity. – King Solomon, The Book of Ecclesiastes circa 900 BC

There are other books that provide supplemental, concrete insight to both the meaning and the plot of the novel, but if you understand the relative positions of the Bible and the I Ching to the society of America, Version TMITHC, it will move you closest to the novel’s core mystery.

A less dramatic, if more “historically accurate” map of America, Version The Man in the High Castle

Finally, a third key; the concept of historicity. This is described by one of the characters, rather roughly as:

“When a thing has history in it. Listen. One of those two Zippo lighters was in Franklin D. Roosevelt’s pocket when he was assassinated. And one wasn’t. One has historicity, a hell of a lot of it. As much as any object ever had. And one has nothing …. You can’t tell which is which. There’s no “mystical plasmic presence”, no “aura” around it.”

Look for historicity in the American culture of The Man in the High Castle. An important example is in an object that originally has no historicity: it is a fake Colt .44 specifically manufactured to appear to be a relic from the U.S. Civil War. However, in the course of the novel’s action in 1962, it is actually used in a historic, quick-draw cowboy-style gunfight, one that may ultimately impact a future nuclear war. Does it then acquire historicity?

With these three keys in mind:

…I believe any reader is prepared to assault the High Castle with gusto.

In a few weeks, after you have had a chance to read or re-read the book, I will revisit The Man in the High Castle with a greater number of spoilers and a few more thoughts about what it is all about.