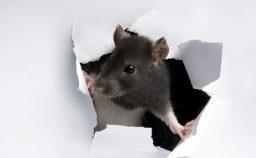 It has become common around certain parts of the Castalia House blog to blame John Campbell and his clique of writers for many of the long-standing evils affecting the genre of science fiction. But as the crazy years of the 1970s showed, Campbell has no monopoly on the ruin of the genre. He wasn’t even the first to set American science fiction’s course. And at least he paid his authors.

Darrell Schweitzer’s “Why Stanley G. Weinbaum Still Matters” (found in his The Threshold of Forever: Essays and Reviews) begins by describing a low point of quality in imaginative fiction already in place in the 1920s. The usual suspects earn their blame, including a rise in the popularity of Realism being considered the only real literature. Then:

“…things got worse when the first product actually marketed as science fiction was Hugo Gernsback’s Amazing Stories, which began with the April 1926 issue. In orthodox fannish histories, this event is called ‘the birth of science fiction.’ The truth is a lot more complicated.”

“Gernsback was a strange combination of visionary, entrepreneur, incompetent, and crook. He was the first person to see some use for what he originally called “scientifiction” as educational pro-science propaganda, and he figured out how to market it. Unfortunately, he simply was not a literary person at all, and seems to have been completely insensitive to what we would today call ‘literary value.’ He also did not believe in paying his writers except, all too often, under threat of lawsuit. […] How did Gernsback treat [H. P. Lovecraft]? He paid him, reluctantly, well after publication, a fifth of a cent a word, a rate so insulting that before long HPL and all his circle referred to Gernsback as ‘Hugo the Rat.'”

You can imagine the effect that this had on authors.

“Unsurprisingly, the real pros, the top science fiction writers of the day, such as Ray Cummings, Murrary Leinster, Ralph Milne Farley, and A. Merrit, may have been reprinted in Gernsback’s various publications, but they did not write original stories for him. Who wanted a fifth of a cent on threat of lawsuit when Argosy paid one to two cents a word on acceptance, very reliably? This was the same Gernsback who reprinted many stories by H. G. Wells until he stiffed Wells once too often and lost him as a contributor.

Not only did Gernsback thus form the science fiction ghetto of genre, the literary quality of the stories tanked.

“Most of the non-reprint content of the early Amazing was decidedly non-pulp. The writers did not have–or need–the routine storytelling skills required by, say, a western or adventure story magazine.”

As long as science fiction was the creaky medium it was in the Twenties and Thirties, good writing was not required. The science fiction writers of the time were safe, reliable sources; while they lived, they would write science fiction, since anything else required better technique and was beyond them. (I hasten to say there were exceptions and Murray Leinster springs to the mind as one of them.)

The authors developed by Campbell, however, had to write reasonably well or Campbell turned them down. Under the lash of their own eagerness they grew to write better and better. Eventually and inevitably, they found they had become good enough to earn more money elsewhere and their science fiction output declined.

When spoiled by the bounty of Weird Tales, it is easy to view Asimov’s description as the sort of chest-pounding self-promotion at the expense of the past that we’ve come to expect from science fiction. But after a decade of works like “The Electric Duel” preceding the Campbelline Revolution, I can now understand the almost religious reverence given Astounding. Even before Campbell, the magazine paid more and demanded more from its writers, and served as a refuge for fans from the dreck. But Astounding was a ghetto within a ghetto, and no more representative of the mainstream of science fiction than Amazing.

Perhaps if Gernsback wasn’t such a rat, some of the mainstream presence of science fiction might have been preserved. Unfortunately, he chose to beggar his writers while lining his pockets, and he loved writers too new and too poor to find a lawyer. Gernback’s greed ghettoized science fiction away from mainstream adventure fiction, ran out the popular and talented writers, leaving only the amateurs who would write for little to nothing at all. And it’s from these leavings that the first fans and conventions welled up.