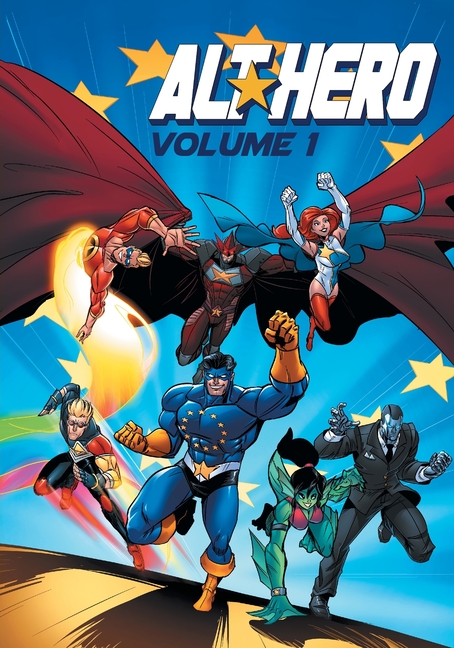 The book that they said would never be produced has, in fact, been published! ALT-HERO Volume 1 is now available on Amazon in both hardcover and in paperback.

Written by Vox Day and featuring the art of Cliff Cosmic and Richard Bonk, the first of the Alt★Hero Collections collects the first six issues of Arkhaven’s flagship comic book series,  Alt★Hero, which includes #1 Crackdown, #2 Rebel’s Cell, #3 Reprisal, #4 The War in Paris, #5 London Calling, and #6 The Dark Hunt.

The 168-page full-color omnibus also contains additional pages of character illustrations, a few of which have not been seen before.

The backer editions are being sent out this week. Please note that as per the campaign, the hardcover edition will feature a special backer edition cover that is different than the retail hardcover. Both the hardcover ($23.99) and the paperback ($16.99) are also available at Castalia Direct.

Arkhaven anticipates releasing Alt★Hero Collections #2, which will collect Chuck Dixon’s Avalon #1 through #6, before the end of the year. Both backer editions will feature special backers-only covers.