Isekai: From the Familiar to the Strange 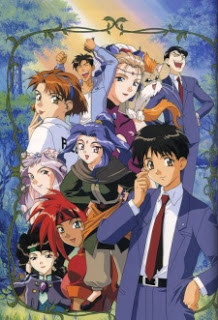 In a recent article, Castalia House writer Benjamin Cheah lays down the conventions of isekai fiction, a popular pulp-influenced genre from Japan. Isekai is alternate world fantasy, where characters from the present are spirited away to another world. Cheah describes it as follows:

Fantasy writers need to solve two problems. They need to create a believable fantasy world significantly different from ours that allows for fantasy elements. But this world and the people who live in it can’t be so fantastic that they alienate their audience.

‘Isekai’ is Japanese for ‘other world’ or ‘parallel world’. In this other world, the author is free to dream up societies, fantasy races, magic and other fantastical elements without being hemmed in by such minor things as history or the laws of physics. To create a connection with modern readers, the author plucks a character or a group of characters from the real world (typically 21st century Japan) and plunks them into the parallel world. Adventures and hijinks follow.

He also mentions that the transition from our world to the new world often adds new and useful powers to the characters. This could be the ability to jump tall buildings in a single bound or the ability to see through disguises. Sometimes this is even used for comedic effect. In El Hazard, a drunkard teacher gets superhuman strength in his new world, but only when he is sober.

The genre is quite popular today, used in popular anime, manga, and light novels that spawn numerous Japanese and japonisme imitators, as well as inspiring new genres. Today’s litRPG genre, where characters often find portals into MMO and video game worlds, takes more from isekai such as .hack and Sword Art Online than the cyberpunk tales of the 1980s, for instance.

As a fan of older isekai-style works such as Fushigi Yugi and El Hazard, I would add that isekai is anchored directly to the immediate present at the time of writing. The characters move from Now to some Otherwhen or Otherwhere. But it won’t be the 2010s, 1990s, or 1900s for long, so some of that immediacy gets lost over time. As such, it is easy to miss the pulp roots of isekai.

Pulp magazines such as Amazing and Weird Tales are filled with stories of people being transported from the safety of the real word of the 1930s and 1940s to some strange place. Sometimes, in the case of Manly Wade Wellman’s Weird Tales stories, this is just turning the corner into a bit of strangeness on Earth. But in tales like A Princess of Mars or The Wizard of Oz, the main character finds himself in another world, often with a new talent that gives him an edge over the locals. This movement from now to the strange was deliberate editorial policy based upon on what sold magazines. Amazing’s chief editor Jerry Westerfield described the reasons in 1940’s Writer’s Digest:

Stories starting in some large U.S. city are better than those starting off in space somewhere. A story starting in the present is better than one staring in the past or in the future. These last two rules tend to make a science fiction story easier to follow and more convincing. A large U.S. city like New York is concrete and real to the minds of our readers; while a city of on Mars somewhere is vague and indefinite. The ideal story starts in the U.S. and later the action moves to Mars. In the same manner, the present is more realistic than the past.

This movement from familiar to strange cushions the shock of the weirdness of science fiction and fantasy while serving also as a point of contrast for the strangeness of the new world. The technique helps build sense of wonder through the contrast while lulling the sense of disbelief to sleep by starting in the familiar. And it was upon this foundation that 1940s Amazing became the most successful science fiction magazine of the century, reaching sales figures that have yet to be equaled to this day. Isekai is the current Japanese expression of this movement from the familiar to the strange, and, like the alternate worlds of the classic pulps, it sells like hotcakes.